When Hailie Ciomperlik takes the stage at the Royal Coronation and begins her reign as the 79th Texas Citrus Fiesta Queen Citrianna, it will be one of the final times she takes the stage for a pageant. The 19 year old from Pharr has decided to leave her gowns behind to focus her attention on a career in medicine.

She began entering pageants when she was about 10 years old and went on hiatus due to a packed school schedule. The PSJA grad re-entered the contest world in high school and was crowned the 2015 Rio Grande Valley Livestock Show Cover Girl. She then represented the stock show in the 2015 Texas Citrus Fiesta pageant as the duchess of green pastures. 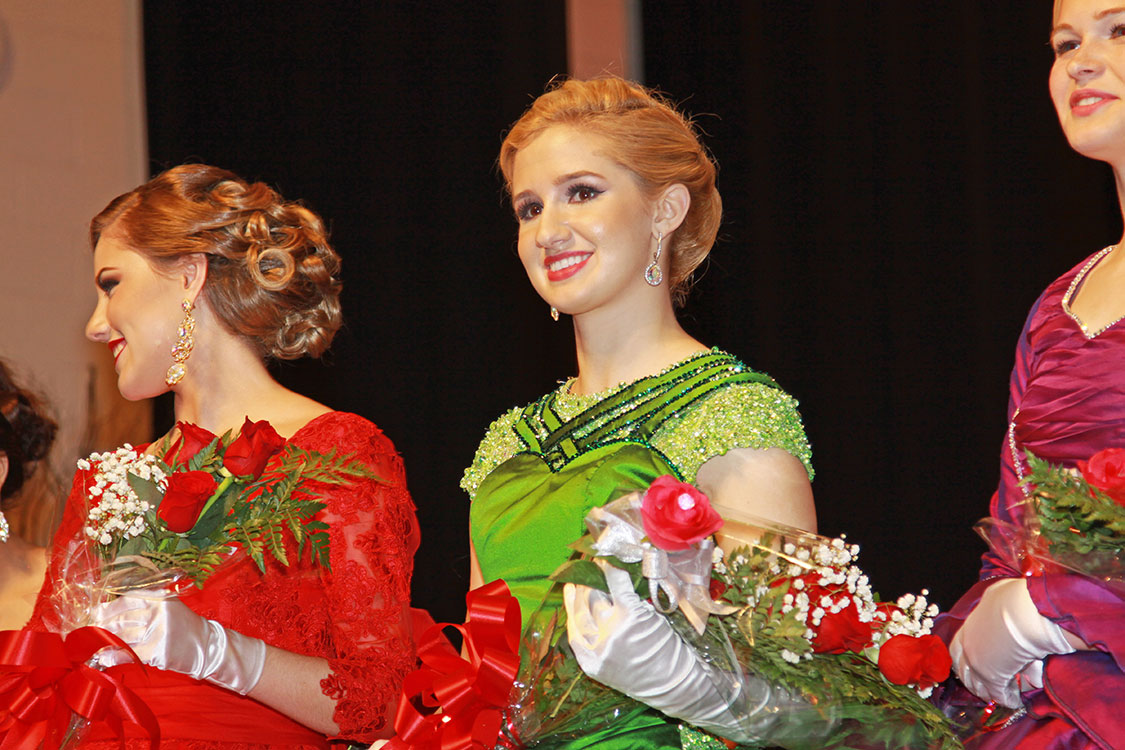 Although her pageant career is nearing an end, she still has a full year to fulfill her duties as queen of TCF.

“It’s kind of sad that it’s over but I think this is a good way to end it,” Ciomperlik said. “This is something that is prestigious and you’re part of Texas Citrus Fiesta history.”

The 79th Citrianna hails from a family that is deep-rooted in agriculture. Her mother grew up on a dairy farm in Missouri and her father is a Weslaco native with background in farming and ranching. The family owns an avocado grove in San Juan, so Hailie has first-hand knowledge of an ag. life.

Although the Ciomperlik family isn’t in the citrus industry, she said their avocado grove sits next to a citrus grove and the runoff from Citrus Greening has killed some of the avocado trees.

It was the her knowledge of the ag. industry that helped her secure the crown.

“I actually live the life of someone that understands the life of agriculture,” she said. “I understand that the citrus industry fluctuates. There are hard times and good times, and throughout both I would be able to represent the industry and give it a positive light.”

Ciomperlik is studying to be a doctor at Texas A&M University and she said both her ag. life and pageant life have prepared her for the 12-plus years of school she has ahead of her.

“I feel like I’m more ready for interviews and ready to think quickly on my feet because I’ve had to do that in pageants,” the 19 year old said. “I know that I want to be a doctor and even getting to that point is going to be a lot of work. I think I learned the determination and the drive from being involved in agriculture.”

The 79th Citrianna also has a creative side. For her dress this year, she said she worked on about 50 percent of the gown herself by attaching the gold lace and beading to the fabric. Growing up, she and her parents had to learn the ins and outs of pageant gowns through trial and error because no one else in her family had experience.

“My mom is not really girly and my dad is a farmer, so to them a lot of this seems like foofy, girly stuff,” Ciomperlik said. “But as we’ve become more involved, they see that it’s a really good opportunity to meet people and learn more about yourself.”

Hailie said she looks forward to showcasing her creation at the Texas Citrus festivities and is excited to be the new face of TCF.

“I like the fact that the Texas Citrus Fiesta is a statewide thing because I get to represent something that is much bigger.”