Thirty-seven years after starting his varsity football coaching career at Mission High School, Mario Pena has announced he will be ending it at Mission as well. Pena’s resignation will take effect at the end of the current school year.

While Pena’s stellar coaching career has made a full circle back to his alma mater, he spent the majority of those 37 years coaching and as an athletic director elsewhere. 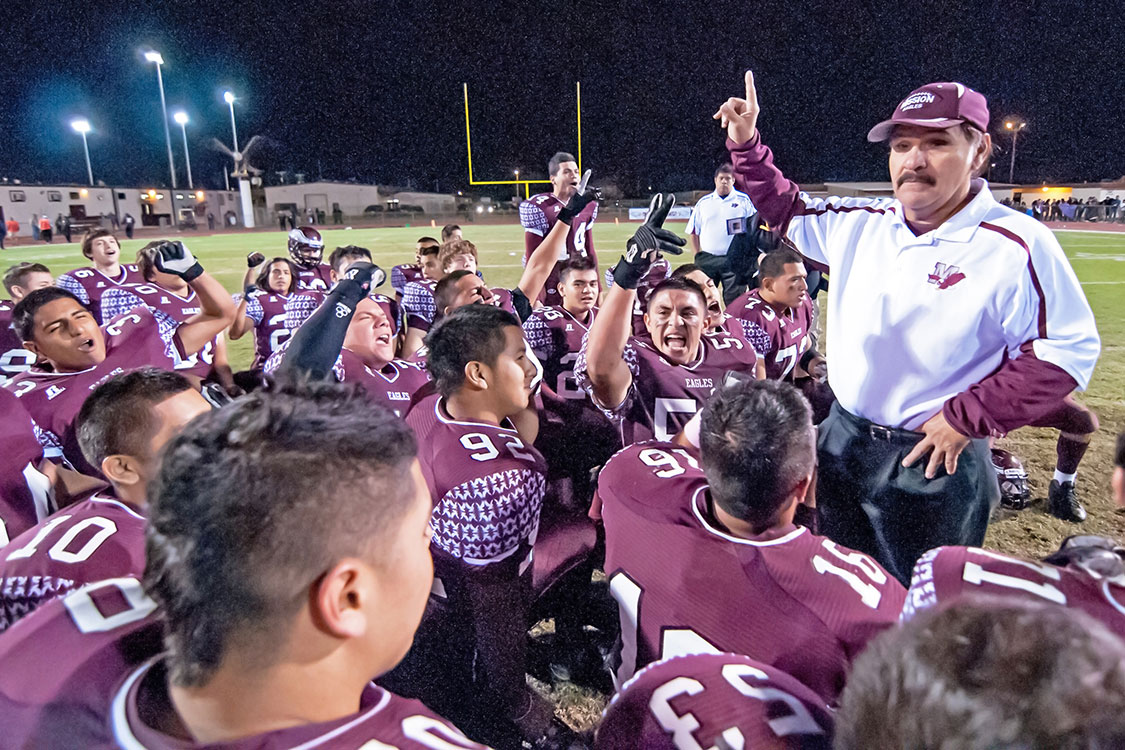 Three years after his initial hiring with the Eagles, the 1975 Mission High School graduate left his hometown to take the defensive coordinator position at La Joya High School at the extremely young age of 25. In total Pena spent 17 years at La Joya; first as an assistant, then as a head football coach and athletic director and finally as just the athletic director. He then moved on to Edinburg North High School where he spent two years as the Cougars’ defensive coordinator before moving on to Sharyland High where he spent two years as the Rattlers’ special teams coordinator.

While Pena is not eliminating completely the possibility of his returning to coaching elsewhere after taking a one-year hiatus, he made the decision to step down from his current position as a result of his health.

“From a financial standpoint, once you hit 37 years you’re basically working for free because you’re not going to make that much less money being retired,” Pena said. “While that is one of the reasons for my retirement, the main reason is my health. The last two to three years I have been coaching with pain. A year ago I ended up on crutches.”

“I’ve got a lot of arthritis in my body and it’s gotten to the point that if you check my x-rays, there are bones sticking out of my head and other areas,” added Pena. “As a matter of fact, my doctor is amazed that I have been able to continue coaching.”

With the coaching profession being a “What have you done for us lately?” proposition, the fact that Pena endured for nearly four decades is a testament to his passion for and dedication to the sport of football.

“I guess my one weakness has been not knowing when to pull back,” shared the former All-Valley coach of the year. “While at San Benito, for example, I broke my leg and I was told that I’d be out for six months but two weeks later I was back on the sidelines coaching from a wheel chair. I’ve gone through four back operations and two hip replacements, but I’ve never wanted to let the kids down. That’s why I’ve always found a way to work through the pain. Sometimes, however, that attitude has worked against me.”

Over his 20-year head coaching career, Pena amassed an overall record of 112-95-3. When asked if of those 112 wins any stand out above the rest, Pena said, “Without a doubt there were two games that defined me as a defensive coach. In 1993, while at La Joya, we went up against the 13th ranked San Benito Greyhounds in the bi-district round of the playoffs. We were 27-point underdogs, but I told my coaches before the game that we were going to beat them. We ended up winning that game 10-7 and I was named Coach of the Year in the Rio Grande Valley.”

“Then in 1995 we went up against the Harlingen Cardinals and their legendary coach Bob Boyd who went on to coach at Texas A&M,” continued Pena. “I believe that they had the third best offense in the state that year with a quarterback that had thrown for over 2,000 yards and a running back that had rushed for over 1,800 yards. We held them to a total of 95-yards of offense and beat them with two safeties by a score of 4-0.”

During his seven-year tenure at Mission, the Eagles compiled a 35-37 record. That included a 10-2 season in 2009 when they won a district and a bi-district championship, and a 9-2 season in 2012 when they shared the district title with Mercedes and Edcouch-Elsa.