Last year the Juarez-Lincoln Lady Huskies basketball team took to the court for the last game of their regular season needing a win to make the playoffs. A four-point loss to the McAllen High Lady Bulldogs however ended their playoff aspirations as well as their season in a disappointing manner.

Seven games into their 2015-2016 District 30-6A season, the 2-5 Lady Huskies aren’t exactly taking the district by storm. But despite their losing record, they are still in the thick of the playoff race. Currently tied for fifth place with the La Joya Lady Coyotes and only one-and-a-half games out of fourth place, the district’s final playoff spot, the Lady Huskies head coach, Adrian Trevino, is not ready to concede anything. 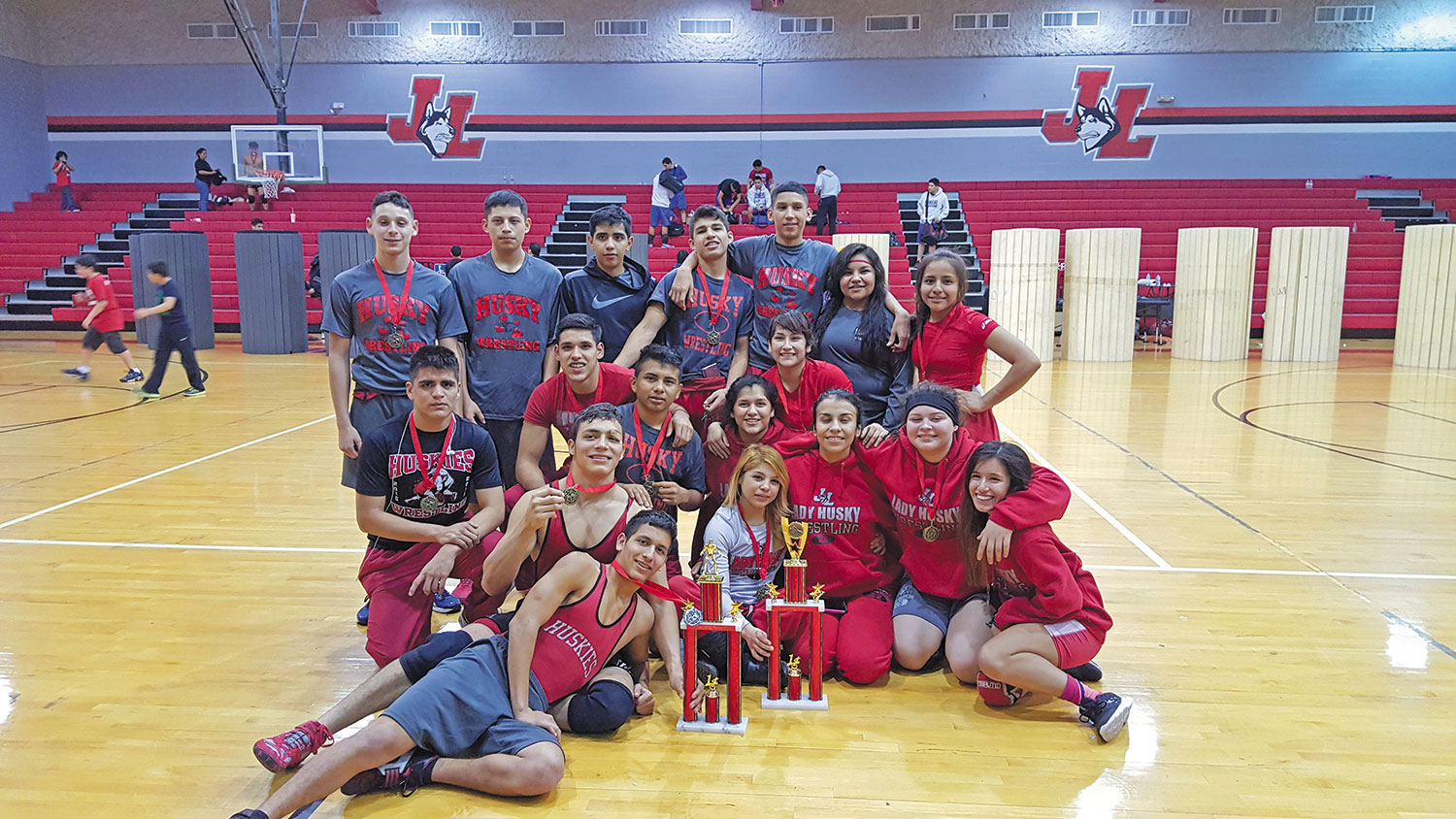 “Coming so close to making the playoffs last year but falling short has been our driving force this year,” Trevino said shortly before their Tuesday night game against the Lady Eagles. “We’re not in the same form we were in last year. We’re minus our top scorer from last year, Anai Millan, and while Maria Ortiz is making up for some of those points, she always had those points. So we’re still missing some offensive production.”

In their two games against Mission – the Lady Huskies only district wins this season – Ortiz has scored a total of 44 points. If Juarez-Lincoln is going to have any chance of making a run at the playoffs this year, it will be on the tails of Ortiz’s scoring.

“Where Maria Ortiz goes, Juarez-Lincoln goes,” explained Trevino. “It’s a lot of pressure for her, but I think she’s handled it well. It’s been an adjustment for her because early-on in the season she would take off down court expecting Anai to throw her the pass. She’s adjusted well though and the girls all look up to Maria and everybody identifies Juarez-Lincoln girls basketball with her.”

While Ortiz is the Lady Huskies’ on-the-court leader, another Maria has stepped up her game to take some of the pressure off of her.

“Maria Ortiz and Maria Saldana have been really good leaders and they’ve kept the team together through some of the tougher games we’ve had,” Trevino said. “We’ve had some double-digit losses but they’ve done their very best to keep the team together and keep us focused. Are we completely out of the playoff race? No but we’ve got to start making things happen because those chances are going to go away really quickly if we can’t put some wins together.”

One thing that has got to change for the Lady Huskies to have a legitimate shot of making the playoffs is their inability to put a string of wins together.

“We’ve got to get the ball rolling,” Trevino said. “We haven’t had two wins in a row since the tournament time so this would be a good time to get things going.”

In their eight year history, the Lady Huskies have made the playoffs only once. That was during Trevino’s first year at Juarez-Lincoln when he was an assistant coach.

“That was in 2010-2011 when we were still in 4A,” explained Trevino. “We went in as the fourth place team and we played Corpus Christi Ray in the first round. They had two all-staters on their team so they were playing on another level. It was a great experience though and now we look at that lone playoff banner we have hanging in the gym and we want to make our own history and have our own legacy.”

“Even if we don’t have a successful playoff run this year I think that these girls’ legacy is cemented,” added Trevino. “You can see the way the younger girls look up to the six seniors we have on this team. Their legacy may not be about wins or playoff runs but it’s going to be about the hard work they’ve put in and a change in their style of play to a high-tempo, high-pressure, shoot-the-three and make a big play style.”