The $22 million project for Sharyland Water Supply Corporation’s Water Treatment Plant No. 3 is finally finished. The company accrued debt and a 40-year note with the United States Department of Agriculture, but ratepayers don’t have to worry about a price increase just yet.

General Manager Sherilyn Dahlberg said the company is evaluating their process used for determining rates. The study will be completed later this year and then reviewed by the board, which will then determine if the rate should increase. 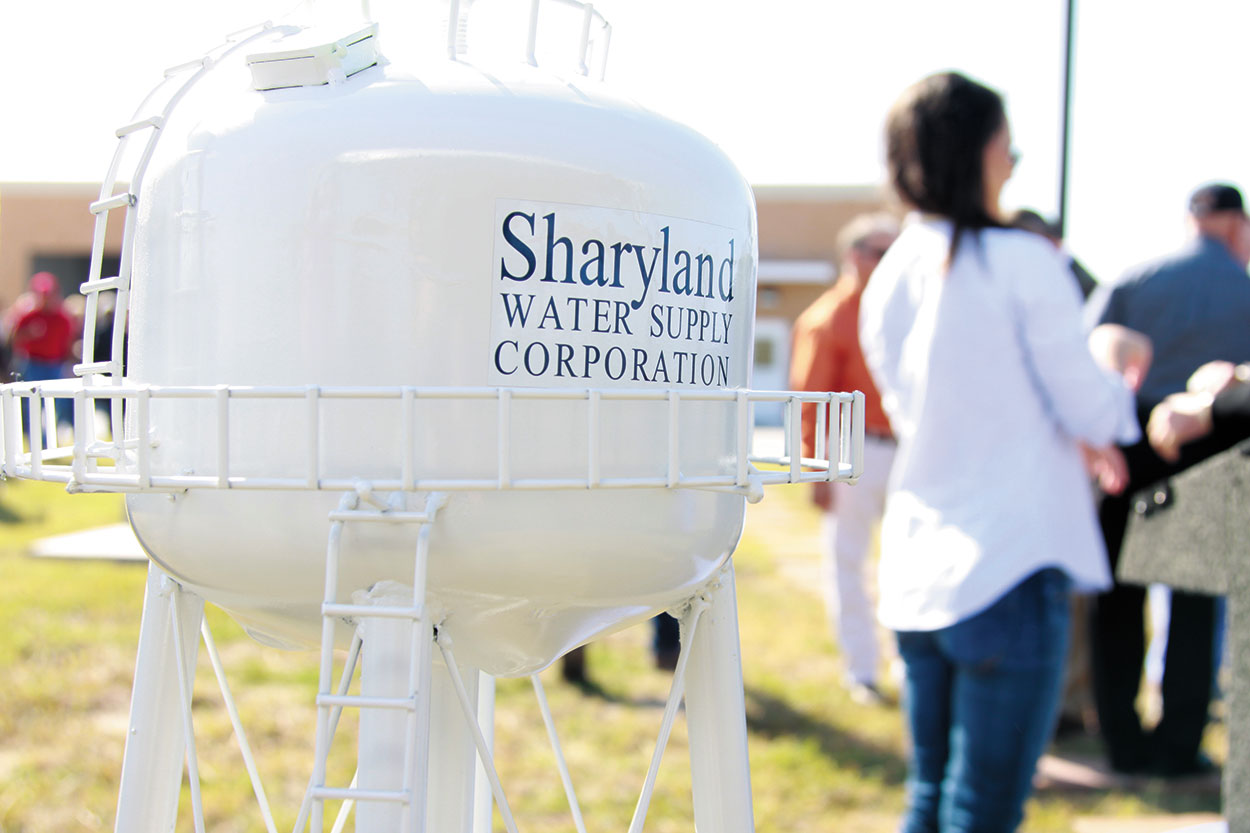 The plant project was blend of Sharyland Water Supply money and USDA money. The water company applied for money in 2009 and received approval for an $18.5 million loan and $3.5 million grant six months later.

Sharyland Water was federally required to use $9 million of its own money to begin the project, but ultimately spent nearly $15 million. USDA reimbursed the company for the exceeded amount.

“The return of our investment is the quality of life of our rural residents and hopefully increasing economic opportunity,” said USDA Area Director Roel Gomez. “This is going to be big game changer for the whole region. This is going to change lives and we’re very happy to be a part of it.”

Plant No. 3 can serve 9,258 connections for homes in the Sharyland Water Supply service area, which equals a population of 27,775 people, according to Board Secretary of the Texas Rural Water Association Brian Macmanus. The water supply corp. is one of the largest non-profit water supply corporations in the state.

“The leadership of Sharyland Water Supply Corporation recognizes the potential for growth, the responsibility to be ready for that growth and the reality of implementing a plan and building infrastructure for that oncoming growth,” Macmanus said.

Dahlberg announced that the water company will also serve the forthcoming Texas A&M campus and the Tres Lagos community in north Mcallen.

Additional land is already purchased if and when the facility needs to double. Sharyland Water could add another 18,000 people to water system, Dahlberg said, but if the facility is built too soon then the company runs the risk of the water not being kept fresh.

“Growth kind of happens in a hurry and if it takes you five years to build something, you don’t have enough time to catch up once it happens,” the general manager said.

Macmanus briefly spoke about ire ratepayers due to rate increase, and compared paying for water to paying for a luxury item such as a cell phone.

“Why would you complain about a $50 or even $100 water and sewer bill which are required to sustain your existence, health and welfare?” he said. “Water and wastewater services cost large sums of money, and yet these services are tremendously undervalued because our communities have historically had inexpensive and readily available services with few outages and problems. I like to say that we have spoiled our customers with good service.”