Going into Tuesday night’s hoops action, the Pioneer Diamondbacks boys basketball team was deadlocked in a three-way tie for second place, two games behind the undefeated Edinburg Vela Sabercats. A win would’ve not only solidified Pioneer’s chances of making the playoffs but it would’ve also left the door open to the possibility of the Diamondbacks making a run at the District 31-5A title.

Alas, it was not meant to be as the Sabercats jumped out to an early lead and never looked back en-route to an impressive 81-50 win over the Diamondbacks. 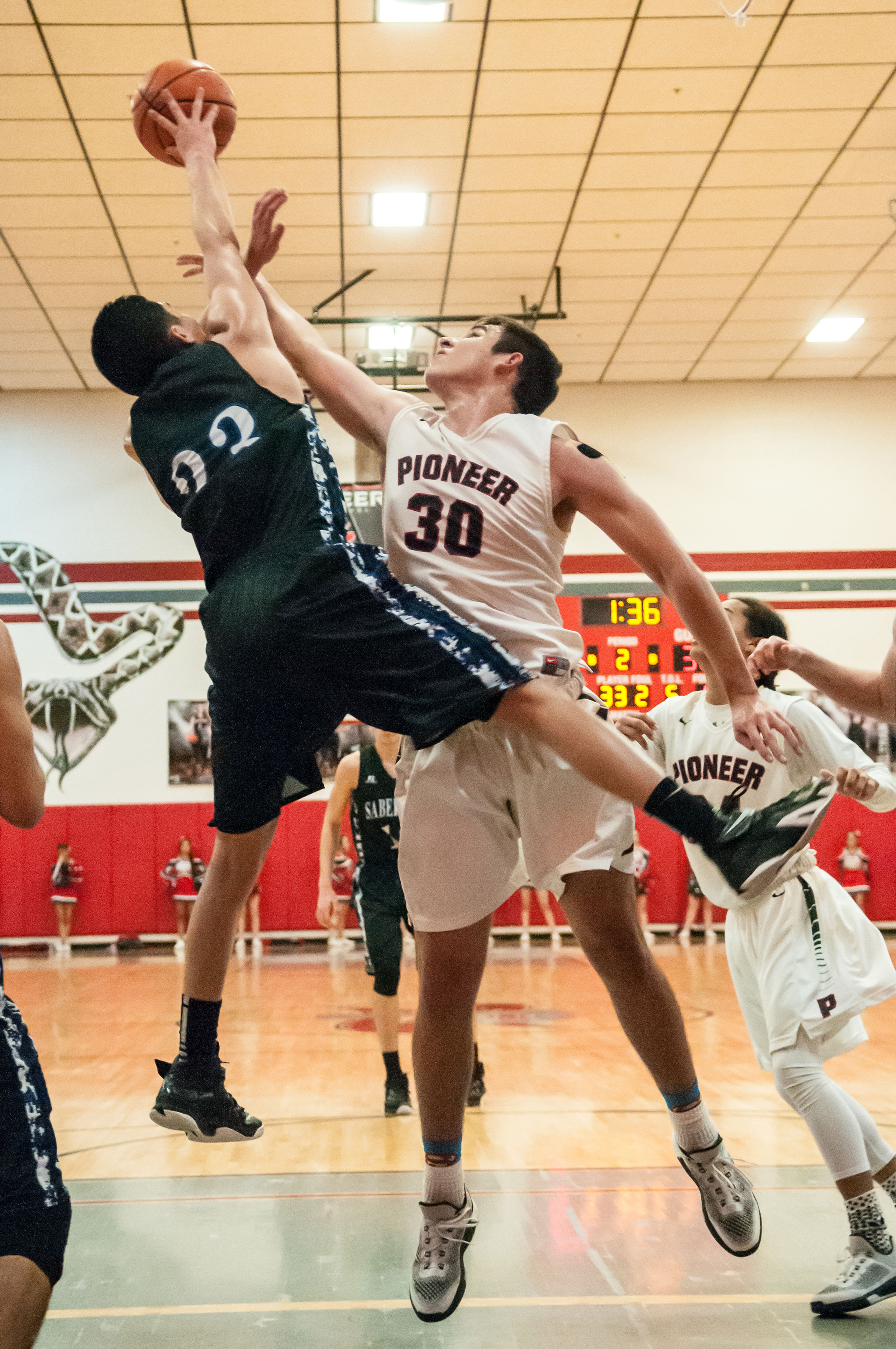 As decisive as a 31-point deficit may seem, the final score was not truly indicative of the closeness of the game throughout the first half and into the third quarter. A six-point run to open the game helped the Sabercats jump out to a 22-14 lead over the Diamondbacks at the end of the first quarter. While the Sabercats did add to their lead in the second quarter to lead by 12 (43-31) at the half, the Diamondbacks opened the third quarter with a six-point run of their own to narrow the deficit to six points (43-37) with 6:30 remaining in the period.

However, just when it seemed as if Pioneer was back in the game, the Sabercats kicked their offense into a higher gear as they outscored the Diamondbacks 38-13 the rest of the way to clinch their seventh win of the district schedule against no losses. With the loss the Diamondbacks dropped to 4-3 (16-11 overall) on the season.

Leading the way offensively for the Diamondbacks was junior Jordan Wilson with 13 points. Wilson, who transferred from Harlingen High School just this year, believed that the strategy the Diamondbacks used throughout the first half was what kept the game close.

“Throughout the first half we played them the way we wanted to play them by slowing it down and keeping it close,” Wilson said. “We wanted to keep it close throughout the end because we know that they are not used to close games. But we started turning the ball over in the second half and we ended up playing their game at the end and they took off.”

“We did make a comeback in the third quarter but then we started getting anxious and we started playing their game,” added Wilson. “Our goal now is not to lose any more games and qualify for the playoffs.”

“In my opinion we played too fast tonight,” shared Martin. “I guess we were too excited. We needed to slow it down.”

While Tuesday night’s loss did drop Pioneer into a two-way tie for third place with Roma, the Diamondbacks are still in control of their own playoff destiny as they currently hold a game-and-a-half lead over the 2-4 Sharyland Rattlers for the final playoff spot in the district with five games to play.

When asked what it will mean to him personally to make the playoffs, Martin said, “It’ll mean a lot. I at least want to go into the second or third round.”

Next up for Pioneer is a rematch of their first-round six-point win against the 2-5 Patriots. This game will be played tonight at 7:30 at Veterans Memorial High School.