The Mission High School Future Farmers of America are giving the Parade of Oranges another go for the Texas Citrus Fiesta. And this year, they’re going big.

A lifesize Catwoman stood guard next to the trailer and the light danced on the bold red and blue foil paper that covered it. An electric saw and hammering sounded from inside the walls of agriculture building — the students were at work. 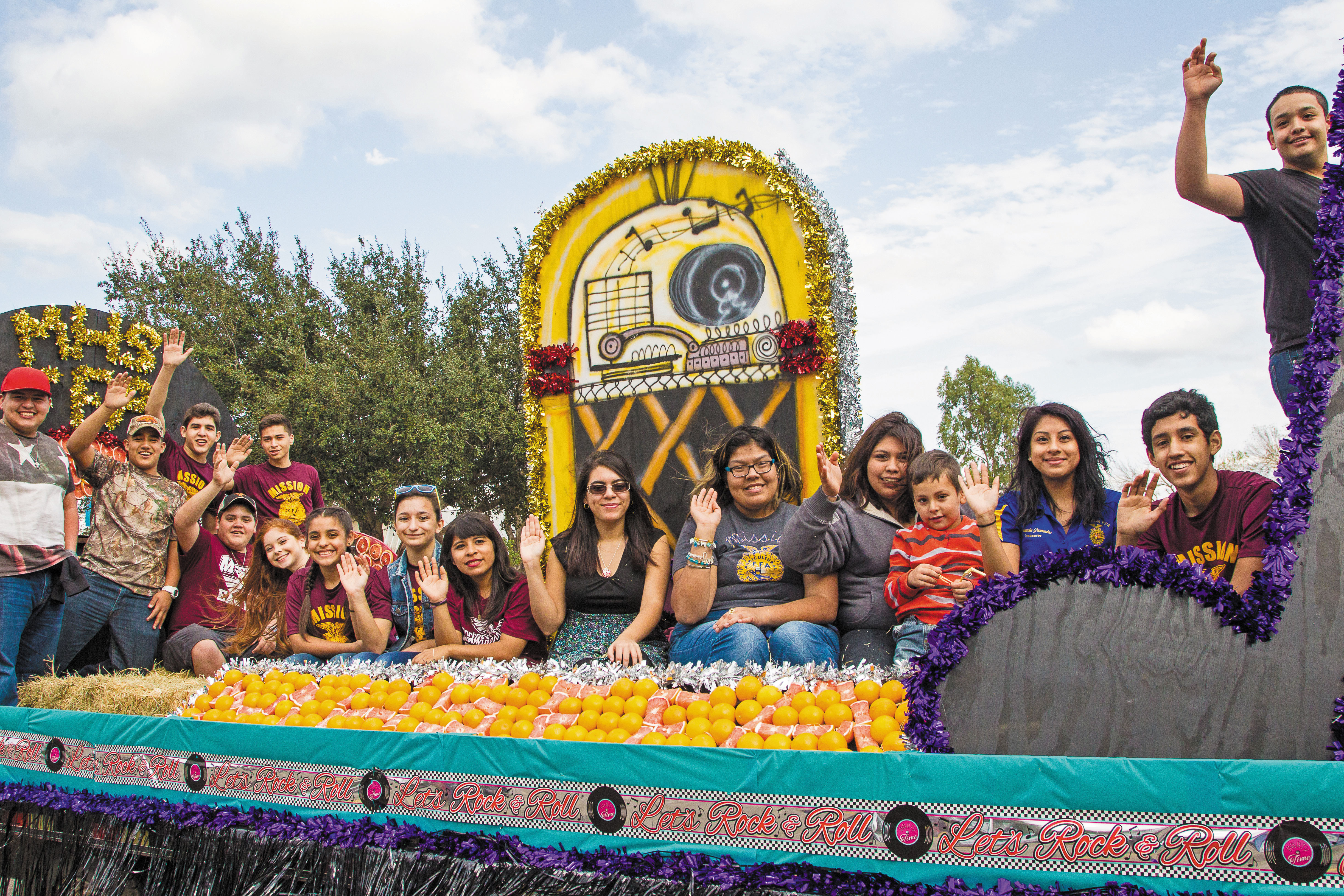 For weeks the FFA club has been steadily building the project from concept to construction, keeping in line with this year’s fiesta theme — Citrus, Cartoons & Comic Book Characters. They’re taking the comic book superhero approach by building a city skyline and crafting different characters for each corner of the trailer.

Sophomore Sebastian Carrillo said the students are drawing their inspiration from the iconic comic book companies Marvel and DC Comics.

“This year I think it’s easier because we’ve had more time to get the supplies ready and to kind of think of our idea before starting, so we already have an idea of how the float is going to look,” Carrillo said.

Last year was the first time the MHS FFA club entered a float in the products division contest, and a few errors were made, FFA sponsor Benito Garza said.

“The judges said ‘The float is great, kids are great, but you should have decorated the truck.’ We didn’t have a single item on the vehicle and we were supposed to,” he said with a chuckle. “We were told ours was pretty decent last year but we learned from our first experience.”

Every float entered in the category must be covered in Valley-grown products. Garza said 30 crates of grapefruit and 15 crates of oranges were donated by Wonderful Citrus in Palmview for this year’s float.

The MHS students won’t be placing the fruit until the day before the parade, but they already have their own tactics to prevent it from falling off, which includes hairspray and specific slice size.

For the last several years, Our Lady of Guadalupe Church has been taking home first place in the product division, but Garza said the title isn’t the goal for his students.

“To be honest with you, we just want to have a very nice and pretty float,” he said. “We’re not in it for the prize. The kids just want to represent Mission High School and FFA with a nice float.”

While working on the float, the students are also utilizing the skills they learn in class, which includes shop safety, learning measurements, working with tools and practicing teamwork. They will also be receiving a participation grade for their contribution to the float.

Ag. teacher Clarissa Saenz said her favorite parts of the last few weeks are seeing the students work together and the float come together at the same time.

“It’s hard when you see just a trailer and you’re thinking ‘What are we going to do?’ she said. “So we started with little pieces and once we see something come together we say ‘Well, now we can do something else with it.’ So it kind of goes with the flow but we’re coming up with ideas along the way, together.”