Detmer originally came to Mission in 1989 as a high school freshman when his father, Sonny Detmer, was hired as the Eagles’ head football coach. Koy went on to have a record breaking high school career with 8,221 passing yards and 82 touchdown passes. After graduating from Mission High in 1992, Detmer went on to play at the University of Colorado for four years, where he passed for 5,390 yards, before being drafted in the seventh round of the 1997 NFL draft by the Philadelphia Eagles. 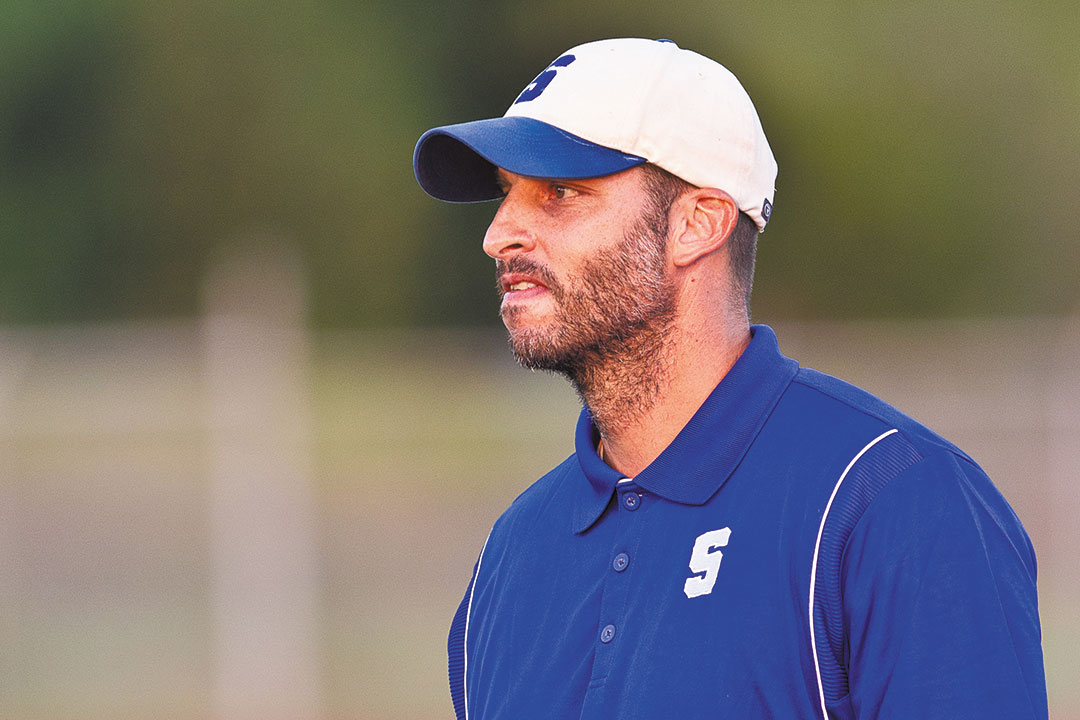 During his nine-year career with the Eagles, which he spent mostly as a back-up to Donovan McNabb, Detmer completed 184 of 354 pass attempts for 1,944 yards and 10 touchdowns.

Most recently, Detmer spent the last six years as an assistant coach and offensive coordinator at Somerset High School under his father, who has been the Bulldogs’ head coach since 2008. During his tenure at Somerset, the Bulldogs posted an overall record of 48-20 and qualified for the playoffs all six years.

Monday evening Detmer made the drive from Somerset to Mission where he met with MCISD superintendent Ricardo Lopez and Mission athletic director Joe R. Sanchez to finalize the details of his hiring and to tour the new and improved Lee Field House and the recent improvements to Tom Landry Stadium. Afterwards he took a few minutes to grant this sports writer an exclusive interview.

“I came down here just for the night and I have to go back in the morning,” Detmer said. “This week I’m going to be taking time to transition and taking care of paperwork. I’m hoping to get started next Monday officially.”

Being back at Tom Landry Stadium brought back a lot of memories for Detmer. When asked what the highlight of his high school career at Mission was, Detmer said, “My junior year when we went to the state semifinals and we played Aldine at the Astrodome was obviously a big moment for the whole team and certainly for me.

“If I remember right,” Detmer continued, “the Mission fans set a record for the highest attendance ever to watch a high school football game at the Astrodome at that game. But just having the opportunity to play down here and the way the whole community got behind the team with sellout crowds every week was such a fun time and a great experience for me.”

Detmer’s previous visit to Tom Landry Stadium took place four years ago when he, as an assistant coach for Somerset, and his Dad led the Bulldogs to a 41-34 non-district game victory over the Veterans Memorial Patriots.

“At that time I was the quarterback coach,” Detmer explained. “We kind of all had some input in the offense but I was not yet calling plays as I have been since I became the offensive coordinator.”

In that game, the Bulldogs scored 31 fourth quarter points to defeat the Patriots 41-34.

Now that he will be taking over the Mission Eagles’ football program, Detmer is hoping to return the Eagles to their glory days.

“Not being down here in the Valley, what I know about how the Eagles have done recently has been at a distance,” Detmer shared. “I know that they haven’t made the playoffs for a few years but prior to that they had a year or two where they did really well and made the playoffs. It seems as if they just haven’t been real consistent over the past so many years. However I have a lot of respect for Coach (Mario) Pena and the things he’s done down here in the Valley over the years.”

As for whether or not his plan is to turn the Mission Eagles into an offensive juggernaut as they were during his father’s tenure at Mission, Detmer said, “Obviously I’ve been on the offensive side of the ball my whole life so that is the side that I know best and that I feel the most comfortable with. But we want to be a good football team, period. We want to put together a good football team that can go out there and compete and win games.”

In regards to what it will take to turn the Eagles into a team that can not only make the playoffs on a consistent basis but also be competitive against out-of-Valley teams, Detmer added, “Obviously we’ll have to build this program up in steps. But one of the things we’ve had a lot of success with at Somerset is 7-on-7 football. We’ve gone to the state tournament every year for the past six years and when you’re involved with that your kids get the experience of playing against different levels of competition. That is certainly something that we will be doing to help us challenge the team and to test them against out-of-Valley competition.”