Wrestling is one sport in which Valley athletes compete well against the best of the best from across the state. While local football, basketball, baseball and volleyball teams rarely succeed against teams from the Corpus Christi, San Antonio and Houston areas, local wrestlers win regional championships and qualify for the UIL’s State Wrestling Tournament year-in and year-out.

Such was the case last week as boys and girls from all local Big 7 schools traveled to either the Blossom Athletic Center in San Antonio (6A) or the AISD Delco Activity Center in Austin (5A) to compete in the UIL Region IV Wrestling Tournaments. Of those that made the trip, five returned as regional champions, four as runner-ups, four as third place finishers, three as fourth place finishers and four as fifth place finishers. As a result, 16 Big 7 schools’ wrestlers qualified for the state tournament while four others will be making the trip to the Cypress-Fairbank ISD’s Berry Center as first alternates. 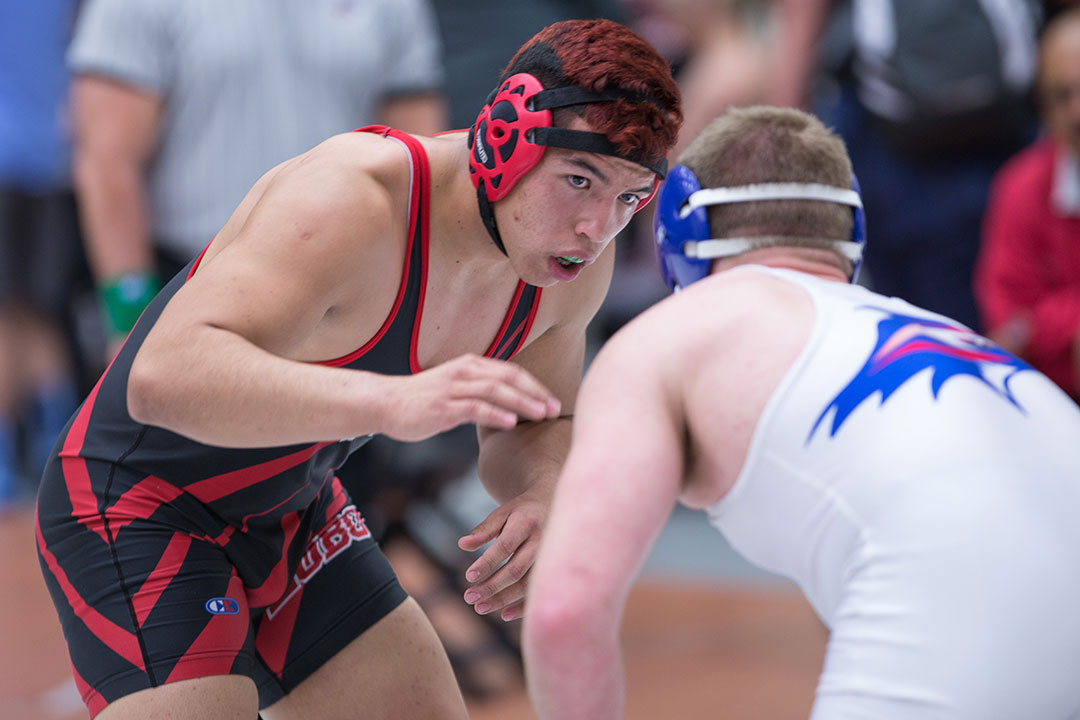 While Juarez-Lincoln’s Leslie Oliva fell one win short of earning a regional championship in the 95 lb. weight class, the fact that she is a two-time state silver medalist makes her one of the favorites to return from this weekend’s state tournament sporting one of the highly coveted state medals. With this being her senior year, Oliva is well aware of the fact that this is her last chance to make school history by being the first three-time state medalist at Juarez-Lincoln High School. However just winning another medal is not enough. Oliva wants the gold.

“The first time I went to state was my sophomore year,” shared Oliva. “When I won the silver medal I knew that I had two more years to win the gold. Then last year when I won silver again, I told myself that I had my senior year to win gold. But with this being my senior year, it’s now or never.”

“Knowing that I can make school history motivates me but even if I do win a medal, I will be a little disappointed if I don’t win the gold,” added Oliva. “But at the same time if I win the silver again I will be proud of myself because being in the championship match three times in a row is something to take pride in.”

This past summer Oliva had the word “Fearless” tattooed on her right forearm. When asked why she did so, she said, “I got it there because when you start a match you shake hands with your opponent. This way my opponents see the word “Fearless” just before the match starts and I’m hoping that intimidates them.”

Other Juarez-Lincoln wrestlers that qualified for the state tournament are senior Pedro Perez, who placed fourth in the 145 lb. weight class, and junior Jesenia Gaytan, who took the regional championship in the 215 lb. weight class.

With four state qualifiers, Veterans Memorial High School led the way among the Big 7 schools with the most wrestlers competing at the state tournament. Junior Armando Bustillos (120 lbs.) took the regional championship in the 120 lb. weight class, while Seniors Klarissa Blanco (185 lbs.), Mariah Gonzalez (165 lbs.) and Leslie Alaniz (148 lbs.) all qualified for state by placing first, second and third in their weight classes respectively.

Pioneer High School and Palmview High School each had three wrestlers qualify for the state tournament. For the Diamondbacks, junior Matthew Faucette (113 lbs.) and sophomore Dominique Rodriguez (170 lbs.) both placed third in their respective weight classes at regionals while senior Robert Underhill (195 lbs.) placed fourth in his.