The second police station is now open in Peñitas. Located on the northern side of the city at 2001 3 Mile Road, the station will house the patrol staff.

Officers can file reports and conduct bookings at the new location. Investigations and administration will still be at the station on the south side of Peñitas. Officers from other law enforcement agencies will also be able to utilize the facilities. 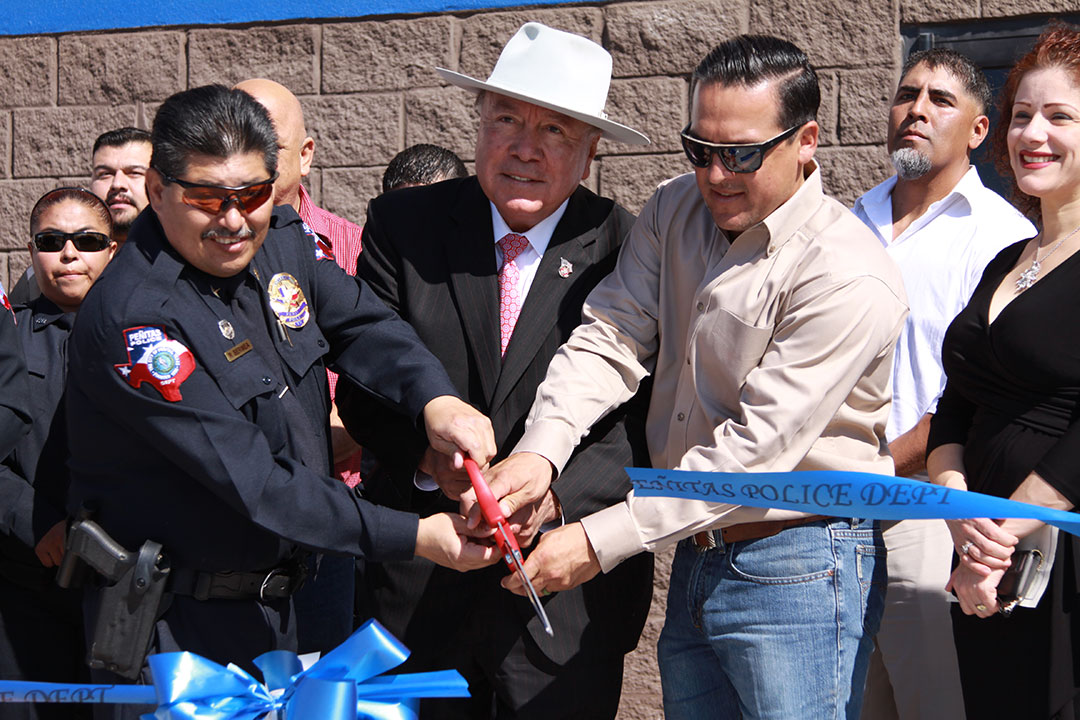 The site will also house impounded vehicles, which is a first for the city. Up until now, impounded vehicles would remain on the towing company’s grounds and that company would collect the funds. Now, the impound at the police station will bring in additional revenue to the city.

“I just hope that with this building and police presence in itself will deter criminal activity,” Mayor Rigo Lopez said. “Since we ran (for office), our platform was to bring more police presence to the north. This is just the beginning of a lot of great things to come to the city of Peñitas. We are investing in our police force and this is just the start of what’s coming.”

City Manager Omar Romero said the building is being rented at market rate of $1,200. It was then reduced by improvements needed to be made, such as paint and fencing.

At the Feb. 19 ribbon cutting ceremony, Senator Juan “Chuy” Hinojosa said a few words about the town where he grew up. But Hinojosa grew up south of the expressway, what he calls Old Peñitas.

“For me, it’s amazing the growth that has taken place in Peñitas, and that’s due to the leadership that it has,” the senator said. “They’re making sure we provide the proper support, the proper infrastructure, the proper tools so that our law enforcement and first responders can be available to protect and respond to the needs of our citizens.”

In addition to the north side station, Peñitas residents can also expect to see a fire department in the near future. At the last city council meeting, the council approved a volunteer fire department for the city.

Starting in March, anyone can apply to be a volunteer. Training meetings will be every Tuesday and Thursday from 6-8 p.m. at the Peñitas Public Library. The city is working with grant programs and other municipalities to obtain all the necessary equipment.