Talk about snatching victory from the jaws of defeat! That is exactly what the Veterans Memorial Lady Patriots soccer team did Monday night when they pulled off a come-from-behind victory that salvaged their season just when it looked as if all was lost.

In a game that was played a day earlier than originally scheduled due to Spring Break, the Lady Patriots traveled to Edinburg Vela High School to take on the Lady Sabercats in a battle from which one team would emerge assured of a playoff berth while the other would most likely be eliminated from playoff contention. With the Lady Patriots, the Lady Sabercats and the Valley View Lady Tigers all entering the final game of District 31-5A play with identical 5-6 records and 15 points in the standings, and with the top two seeds in the district already spoken for by the Sharyland Lady Rattlers and the Pioneer Lady Diamondbacks, it didn’t take a Nobel Laureate to figure out that one of those three 5-6 teams would soon find themselves eliminated from the playoffs. 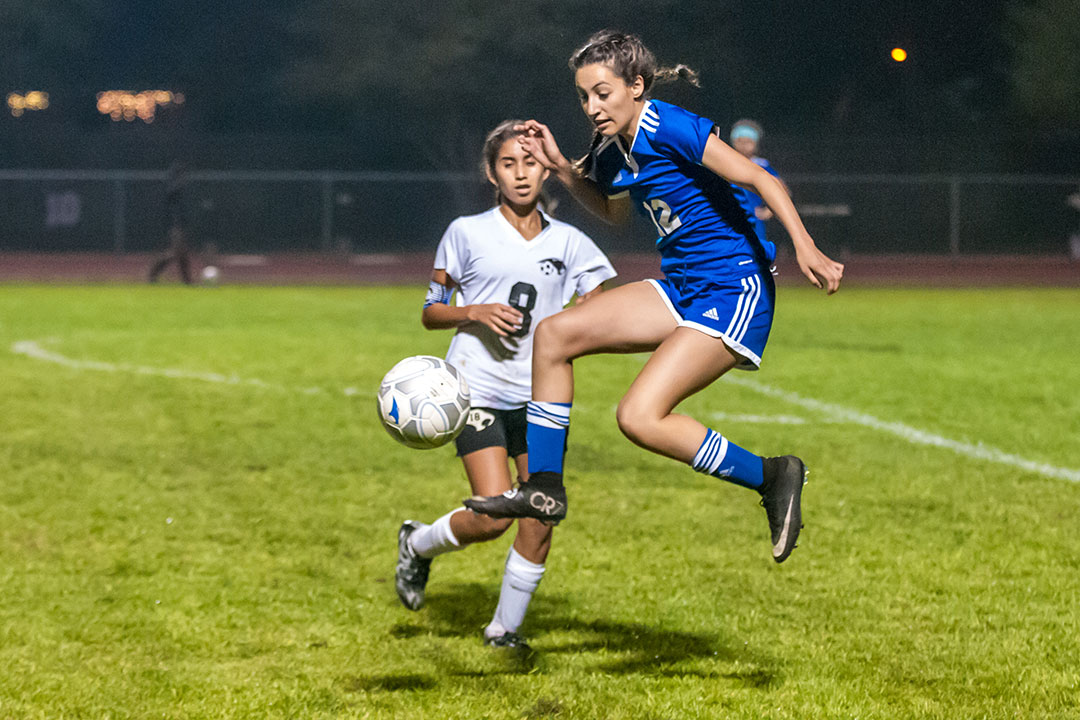 That’s where the importance of Monday night’s head-to-head matchup between the Lady Patriots and the Lady Sabercats came into play. And that’s where the fact that, despite not having led at any point in the game until the fifth and final penalty kick in overtime, the Lady Patriots pulling off the victory has assured them of having their ticket punched into the playoffs.

With his players still celebrating their highly unlikely victory Monday night, Lady Patriots’ head coach Mike Espinoza shared how big of a win it was.

“Coming into this game we knew it was going to be a tough game to win,” Espinoza said. “They’re a team that never stops running. Other than Pioneer and Sharyland, our district is very competitive and we knew very well that the winner of tonight’s game was going to take no worse than fourth place. Hopefully this win will give us momentum going into the playoffs.”

With only 1:49 left on the clock in regulation and the Lady Sabercats up 3-2, Lady Patriots’ senior forward Amanda Lozano’s header found the back of the goal to force a tie, and eventual game-deciding penalty kicks. When Veterans Memorial’s fifth and final penalty kick found the corner of the net to give the Lady Patriots the 4-3 win, Espinoza knew that his team had just won it biggest game of the season thus far even if Maria Diaz, who made the game-winner, didn’t.

“Either she’d make the goal and we’d win or she’d miss and we’d go into sudden death,” explained Espinoza. “Maria didn’t even know that we’d win if she made it. In a way that was good because it took the pressure off of her.”

As for Diaz herself, she was just happy to have made the goal.

“I made the kick and I thought to myself, ‘Oh good, I made it,’” Diaz said. “But then I turned around and I saw everybody running towards me and I heard the ref blow the whistle and I realized that we had just won. It was crazy!”

As for the kick itself, Diaz said, “I’ve been practicing kicking the ball into that same corner since the beginning of the season, just the way the coaches taught us. I knew that this was the time to put everything they’ve taught me into play so I just kicked it and it got past the keeper and went right into the corner.”

Next up for the Lady Patriots will be their bi-district round playoff game against PSJA Southwest. The date, time and location of this game had not yet been determined at press time.