She’s a girl of few words. Veterans Memorial Lady Patriot Ashley Smith is about as quiet off the basketball court as any athlete this sports writer has ever interviewed. On the court, however, Smith makes her presence felt with her play and she does it loud and clear.

With her four-year tenure as a starter on the Lady Patriots’ basketball team now behind her, Smith is being recognized by coaches and sports writers all across the Rio Grande Valley and beyond for her on-the-court skills that have earned her more post-season honors than you can shake a stick at. Honors that began her freshman year when she was named All-Valley Newcomer of the Year and have continued throughout her four-year stretch at Veterans Memorial. Most recently, Smith was named the All-Area Defensive Player of the Year. 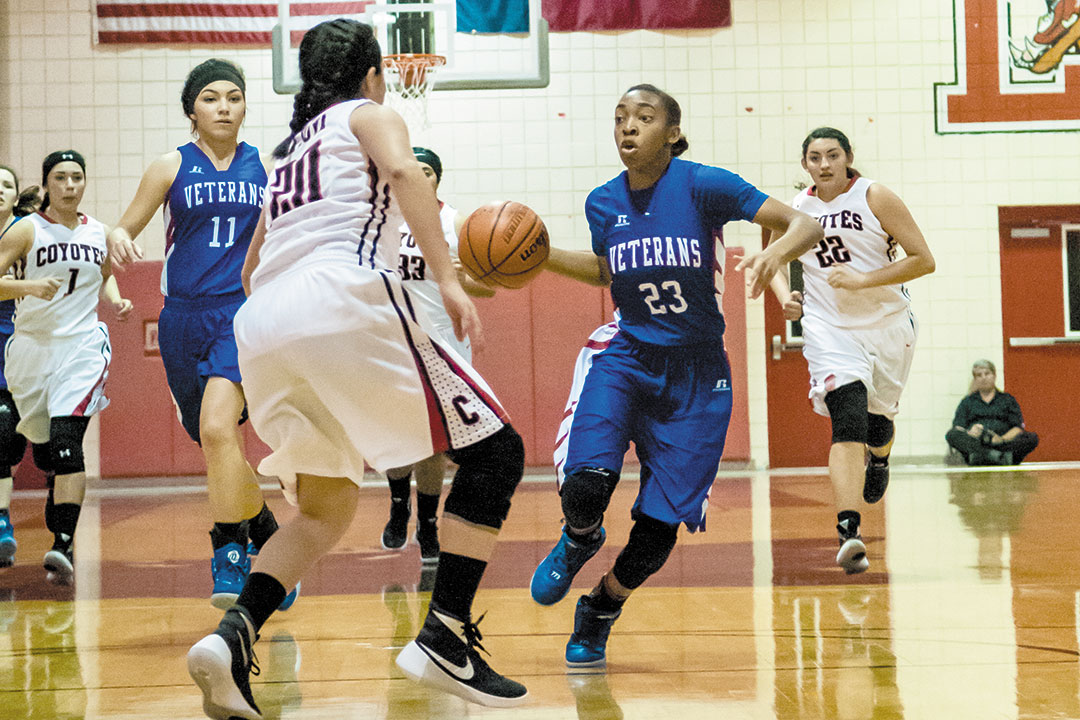 At 5-foot-6, Smith has never been the tallest player on the team. However, as Lady Patriots’ head coach Rafael Cantu, Jr. explained, she has not let that stop her from being a force on the basketball court.

“Having Ashley on our team the past four years has meant having somebody that had the athletic ability and the potential to give us that spark and that boost in games where we needed a play to be made,” Cantu said. “She’s always had the ability to do that for us. Having her on our team meant that we were never out of any game. She always gave us that potential to win.”

In his 23 years of coaching girls’ basketball, Cantu has had the privilege of working with many talented players. Not many of those however with the talents and abilities of Smith.

“Players like Ashley don’t come around very often,” shared Cantu. “Her abilities and her knack for the game set her apart from all but the very best of the best. It can be a while before you have another player like her – you never know.”

While Smith’s post season honors over her four-year varsity career are too extensive to list in their entirety, here are some of the highlights:

When asked what receiving all these post-season honors means to her, Smith said, “It means a lot. It means that all the hard work I put in during the off-season and during the summer paid off.”

As for what’s next for Smith, she is planning on signing a letter of intent to play women’s basketball at McLennan Community College in Waco today. She then hopes to be able to transfer to Baylor University in hopes of playing for the Lady Bears.