In order to reduce the amount of speed-induced accidents on the freeway in Palmview, the police department created the Crash Investigation Traffic Enforcement Unit.

The department received complaints of speeding cars and decided to conduct a two-week study, which involved a speed trailer that logged passersby speed limit. Police Chief Chris Barrera said they clocked speeds as high as 85 miles per hour in a 65-speed limit zone. 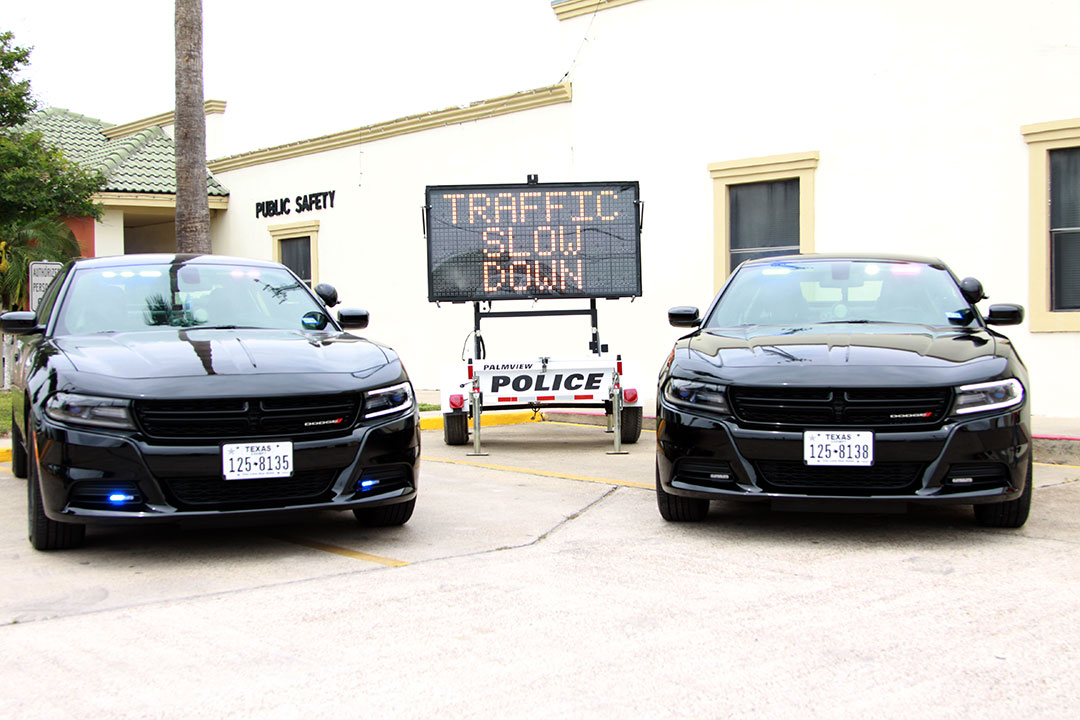 As a result, a three-person CITE team will patrol the main roads in effort to reduce the amount of rushing traffic. The concentrated locations are the interstate, FM 495, Business 83, La Homa Road and Abram Road.

“The individuals that have complained to us, we’ll show them that by going out there and enforcing speed, it will reduce the amount of accidents there,” Barrera said. “I think seeing the presence of law enforcement will satisfy our citizens.”

From December 2015 until April, 145 accidents occurred on the main roads and 370 citations were issued, the chief said. Speed could be a contributing factor to some of these accidents, as well as drivers under the influence.

“What it’s showing me is that the individuals that are speeding are running late to work or they’re seeing that maybe there really isn’t that much enforcement on our freeways and that’s something that we want to change,” Barrera said.

The department purchased two black 2016 Dodge Chargers for the unit, which cost about $80,000 from the asset forfeiture fund. An existing motorcycle will also be included in the patrol unit. The three officers were reassigned to the team.

CITE began their patrol April 12 and will continue for the foreseeable future. Barrera said hopefully the department can conduct a study in six months to see if the speed and accident numbers drop.

Palmview neighborhoods will continue to be regularly patrolled. Barrera said rushing traffic issue is not a problem in these areas.

Speeding is a Class C misdemeanor, with a maximum fine of $500.

“We want to remind the people to drive safe and drive slow,” the chief said. “It’s not only someone else’s life that you’re saving, it’s your own.”