The Veterans Memorial Patriots baseball team is turning heads; and not only here in the Valley, but across the Lone Star State. Two different polls have the Patriots ranked among the top 10 5A baseball teams across the state. 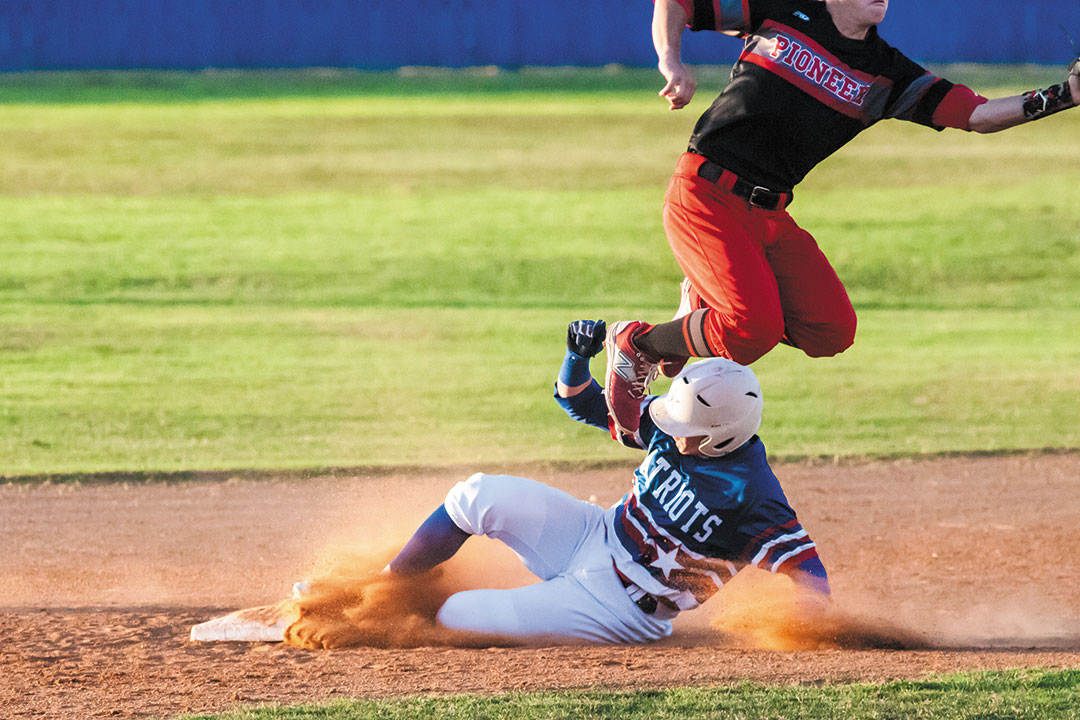 While the Patriots’ district record may be perfect, VMHS head baseball coach Casey Smith is the first to admit that their play on the field is anything but. While that may be his way of keeping his players’ heads on straight, he knows very well that despite how well his team has been playing, there is always room for improvement.

“We’ve done a good job so far this season, particularly on the mound,” Smith said. “We’ve hit the ball well and scored runs this year even better than I thought we would, especially early on. But there is still a lot of room for improvement. There are things we can get better at and hold ourselves to as far as a standard.”

“We’re trying to develop a killer instinct on this team but I like to call it a championship standard,” added Smith. “If you want to be a championship team, you have to play to a championship standard every time you step between the lines. You can’t turn it on and off. It’s got to be a constant when you’re on the field and that’s what we’re preaching right now. We feel that if we can do that, if we come out and play hard and we’re dialed in and focused, things will take care of themselves.”

On the mound for the Patriots Tuesday night was junior right hander Eddie Galvan. Galvan gave up three hits, no walks and struck out two to earn his fourth win of the season against only one loss. After the game, Galvan shared what being state ranked means to him.

“It’s fun to see that but we’re trying not to think about that too much.” Galvan said. “We’re staying focused on what we have in front of us and taking it just one step at a time.”

As one of seven juniors on the Patriots’ roster, Galvan is actually one of the senior statesmen. That’s because there is not one single senior on the Patriots’ team this year. The remainder of the roster is made up of five sophomores and two freshmen.

One of the sophomores is left-fielder Giovanni “Gio” Grimaldo. Having made the move from the junior varsity squad last year to a starter on the varsity this year is something Grimaldo is savoring.

“It’s been fun,” said Grimaldo. “Getting to play with players like Noel (Vela) and Eddie has been a good experience for me. It really helps when they get their bats going and we score a lot of runs.”

With three games to go in their district schedule, Grimaldo shared what he believes it will take for the Patriots to continue their winning ways when he said, “We just have to keep the bats going and keep playing well on the field. When Noel is batting for us it really helps us out.”

With the Patriots three remaining games all being against the three teams directly behind them in the standings, there is no guarantee that they will finish up their district schedule still ranked among the state’s top 10. However the only poll that matters to Smith and his players is the one at the end of the season and that’s the one they’re looking to be atop when all is said and done.