Three Veterans Memorial track athletes have earned the right to compete on the biggest stage the University Interscholastic League (UIL) has to offer. The UIL Track and Field State Meet which will be taking place May 12-14 at Mike A. Myers Stadium at the University of Texas Austin. 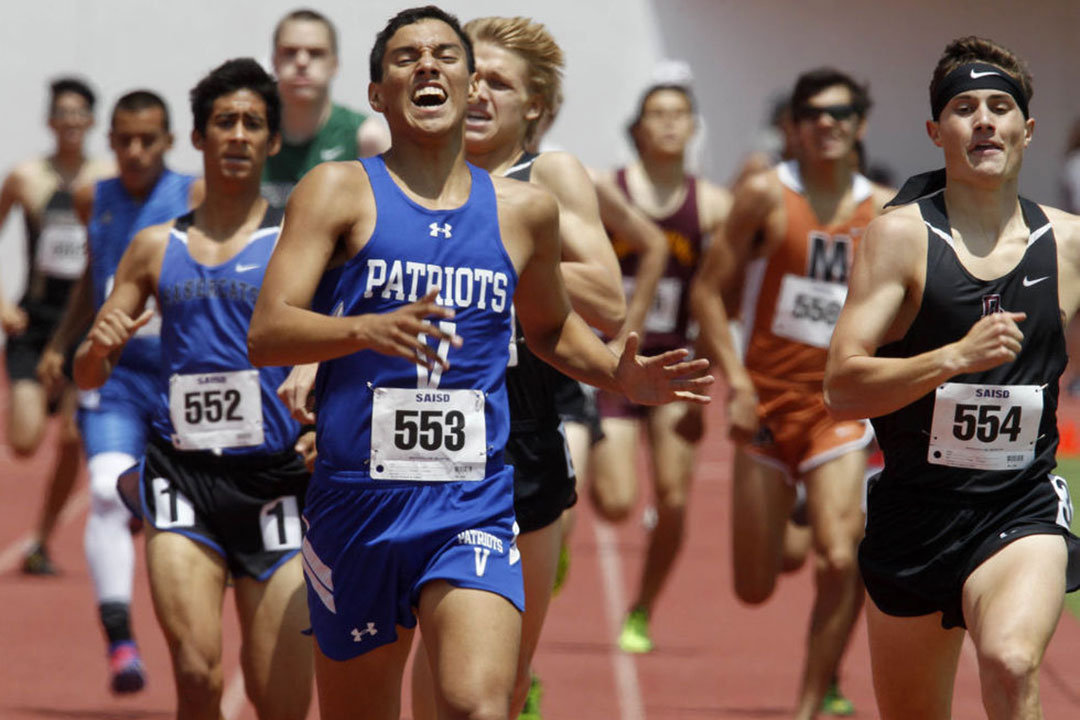 So what did these three talented athletes have to do to qualify for the state meet? Let’s backtrack (pun intended) a bit to find the answer.

With that taken care of, the trio then had to do what only a handful of Valley athletes do from year to year. That was to finish among the top two in their respective events at the regional meet.

Patriots’ head boys track coach David Longoria shared what it was about Garcia that allowed him to qualify for state in two events when he said, “Fabian came into this season with a big challenge ahead of him. Last year he was not around for our district meet so this year he made a big commitment to us with hard work and dedication and that put him where he is right now. A first place in the 3200m run and a second place in the 1600m run. That was quite an accomplishment for him but he worked hard and earned it.”

“Jesus Mata, our 800m qualifier was a champion at the regional meet as well,” added Longoria. “He struggled with events all year long. Last year he was very successful, coming in first in most track meets, but this year I don’t think he won first in a single track meet. But he stepped up to the challenge at the regional meet. He went from fourth place with about 120 meters to go to second place and then he overtook the leader with about five meters to go.”

As for Trujillo, his disappointing finish at the regional meet last year motivated him to do better this year.

“Luis was our district champion last year so he had the opportunity to experience regionals but he was disappointed about how he did there,” explained Longoria. “I remember him telling me that we would be there again next year and that he would do better. Lo and behold, there were five guys going into the final mark of 14 feet, one guy crossed it but none of the others did. Luis however was the one with the least misses before that so that bumped him into the state meet.”

As proof of what an accomplishment it is for the Patriots’ boys to have three state qualifiers in four events, the only other state qualifiers from the Big 7 schools were Karen Guerra of Juarez-Lincoln High School who earned the regional championship in the discus and the Pioneer High boys’ 1600m relay team that placed second.