The Mission High School construction and renovations project has been a long and drawn out process that began in 2008. It has been broken up into three phases and two bonds.

At Mission CISD’s April 27 board meeting, Econ Construction was awarded the contract for phase three, which is the final part of the final phase. Construction will begin as soon as possible, after classes let out June 1. Econ is not to exceed $33.2 million, based on the scope of work. The $33.2 million includes $2.2 million worth of alternates or possible items in the scope of work. 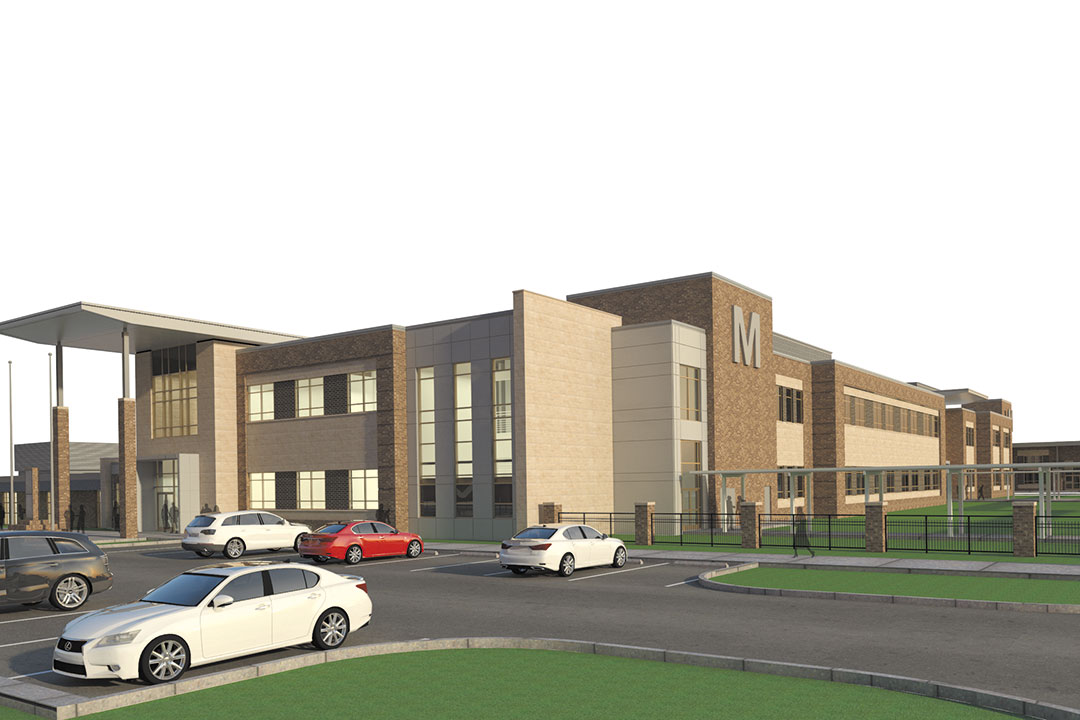 Phase three originally required the renovation of several buildings and construction of a new cafeteria and instructional building. The original budget for phase three was based on a certain scope of work, but the cost associated with the project increased because the scope of work steadily increased.

“What happened is that when I first got here in 2013, nothing was decided on and we had to move forward,” Superintendent Ricardo Lopez said. “So, the scope of work was minimal. But then as we looked at five years passing, we noticed a lot more needs.”

Due to the added scope of work, inflation rate and the adoption of a wage rate, Mission CISD is short from the original scope by anywhere from $6.4 million to $8.3 million.

Phase one, which was funded with the 2006 bond, consisted of renovations to Neuhaus Gym; $3.7 million was used from the $57 million bond. When the $59 million bond passed in 2008, $18.4 million was earmarked for Mission High School. Phase two was funded mostly by the 2006 bond, but some funds from the 2008 bond were used for the project. This phase consisted of the renovation of five buildings.

In 2012, $10 million from the 2008 bond was added from the allocation of an elementary school that was never built, bringing the MHS phase three project budget to about $28 million.

The board approved a larger performing arts building in September 2015, which was an additional $4 million. This will be an expansion and renovation of the existing band hall to create a performing arts instructional building to house all the arts programs.

The approval of a new agricultural science building added $2 million to the total.

New fire alarm codes are going into effect in November. The alarms have a new voice system, which will be added to the entire campus, including the swimming pool complex, the field house, stadium, baseball and softball complexes and the restrooms. That added $310,000 to the project.

In addition, new compliance codes for the HVAC and lighting controls added $200,000 to the project.

“We added a scope of work for the cafeteria because having three to four lunch shifts wasn’t feasible to run a high school. Then we also added the ag. building and the fine arts complex,” Lopez said. “It would have been a costly project…but we were preparing for this because if we wait, we can see where the projects are only going to get more expensive. This a perfect opportunity to touch all those buildings at one time rather than wait.”

The inflation rate, as per the national average index, has been 4.5 percent per year.

There is also an increase for soft costs and the architect fees because the fee of 5.25 percent was based on original $18.4 million.

The district also had to adopt a Davis-Bacon Wage Rate for this project. It’s a federal wage rate that requires contractors and subcontractors to pay their workers no less than the locally prevailing wages and fringe benefits for corresponding work on similar projects in the area. According to Econ, the rate approximated up to an additional $500,000 to the project.

However, $1.5 million is deducted from the total budget of $33.2 million for the Child Nutrition Program’s equipment because those funds come from federal sources.

With regards to the bond interest money, all the money that has been generated through interest revenue on the bonds has been invested in projects for the school district, according to Rumalda Ruiz, the assistant superintendent of finance. This includes construction, furnishing and equipping the buildings for those projects.

But interest hasn’t been significant since the 2008 depression, Ruiz said. Revenue is not as high as administration would like it to be.

“On the 2008 bond that was passed, the majority of those projects hadn’t even started by 2013. Technically, you want those finished in four years,” Lopez explained. “So when we start those projects in 2013, the cost has significantly increased no matter what project we were doing. So the money that we generated on interest, you lose because you’re paying at a higher rate.

“We did generate some money,” Lopez continued, “but when you turn around and you’re paying for something five years later, all of a sudden you’re paying a higher amount in wages, not only in steel and construction. We’ve lost a lot of money; that’s why it’s real important for us to get this off the ground.”

Rick Rivera, the assistant superintendent for operations, said that every set of trustees and administrators that has been part of the process since the 2006 bond, has been “very fiscally responsible.”

Three architects have also taken on the Mission High School renovation project since the process began, which has also been a reason for the delay.

The board of trustees approved that the district enter into negotiation with Milnet Architectural Services on March 11, 2009, but on Feb. 3, 2010, it was discussed that the project be reassigned.

ERO Intl. Architects was selected as the architect for the MHS renovation project on Feb. 10, 2010.

On April 10, 2013, administration recommended approval for a new scope of work, but after a year of failing to produce a design that would meet the budget, ERO’s contract was terminated.

PBK Architects was selected to take over the renovations project in October 2014.

Rivera said that administration is working on alternatives with Econ Construction on possible ways to lower the total cost, but still keep the structures at high caliber. Board president Patty O’Caña-Olivarez made it clear she doesn’t want to sacrifice quality for cost.

“Do not bring cheaper material because then we’re going to wind up back here again with ‘Change order this, change order that.’ I don’t care what board I’ve served on, none of us have liked change orders,” O’Caña-Olivarez said. “If you want to change the structure of the roof make sure it’s comparable. We’re in it, we all made a commitment to finish it.”