In honor of National Prayer Day, the head football coach for Mission High School gave the keynote speech at the Mayor’s Prayer Luncheon May 5. 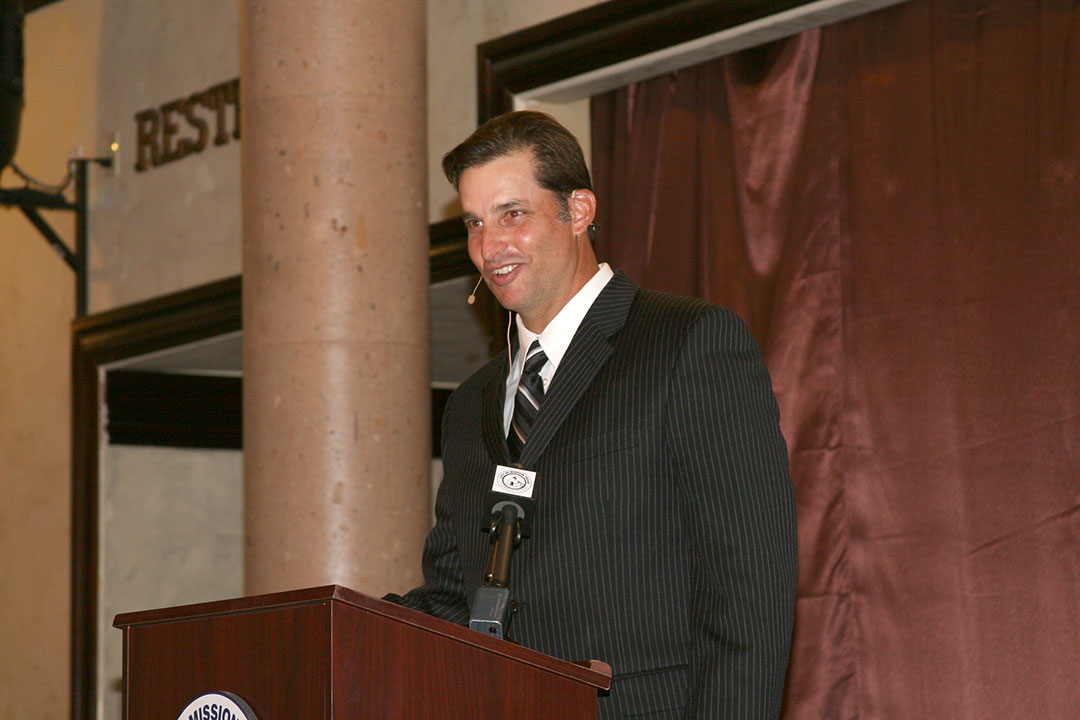 The Mission High School alumnus spoke about growing up in a Christian home and how his faith got him through football in high school, college and professionally as a Philadelphia Eagle.

“Coming back and being head coach here at Mission High School, it’s awesome to be able to go to work each day in that brand new facility at the stadium where I once played and have so many great memories,” Detmer said. “And it’s actually not work, it’s actually what I love to do. For me, that little saying…’Faith, family and football,’ really holds true for my life.”

As a Mission native who prospered in the world of football and returned home in triumph, Detmer shared some of the early memories that were the basis of his success as a person and as a football player.

“Our home was a Christian home. My mom, Betty, made sure we knew Jesus, but it was in high school here in Mission where I came to know the Lord on another level,” Detmer said. “It was during this time that I began to learn what it truly meant to put Jesus first in my life, why faith was first in that little phrase of ‘Faith, family and football.’”

Mission is also where Detmer found inspiration and a special verse that went with him throughout his football career.

‘But those who hope in the Lord will renew their strength, they will soar up on wings like eagles, they will run and not grow weary, they will walk and not be faint.’ (Isaiah 40:31)

As a Mission Eagle, he said the verse had a little more meaning to him.

Detmer’s connections between his faith and football were further nurtured by his time playing at the University of Colorado, under Head Coach Bill McCartney. Detmer described how McCartney acted as a second father to him and to the football team.

“When you went into his office, the first thing he would say to you, always, he would say, ‘How’s your faith?’ because that was first in his life, and he wanted to make sure it was first in our lives,” Detmer explained. “Then he’d ask about family, ‘How’s your mom and dad? Make sure you tell them I said hello.’ And then the final thing was football, so that little phrase showed up again — faith, family and football.”

Detmer went on to share some of his memories as a part of a professional football team, and how his faith was carried out as a part of his life for the ten years he played in the NFL for both him and his teammates.

While he was in Philadelphia, the team had a Bible study every Thursday after practice.

“We had several guys on our team that were great people, strong Christians, and I believe there’s no coincidence why we enjoyed the success that we did,” Detmer said. “Good things happen to good people. We had a good team of good people who were strong in their faith.”

Detmer expressed his hope that the message he passes on to the students of Mission High School will be one of becoming a better person along with being an athlete, and that his life and actions would reflect that message.

“My faith in God has always been a big part of my life on and off the field, and what I attribute all my success to,” the Mission coach said. “And even more so today as a coach, being a role model to these kids, somebody to look up to for direction, I look at God more than ever, for guidance and wisdom, so I can hopefully be the right kind of person they can follow.”

Both Detmer and Mayor Salinas were given a special presentation of a large plaque of the state of Texas centered by a cross, and Detmer personally presented Salinas with a signed NFL football.