In a three-game series that took four days to finish, the Palmview Lobos won the best of three against the Brownsville Hanna Eagles, winning the Area championship May 16 at the La Joya baseball complex. The Lobos continue their run to the third round of the Texas 6A baseball playoffs against Laredo United.

Lobos Head Coach Rick Garcia feels good about what his team was able to accomplish over the weekend. 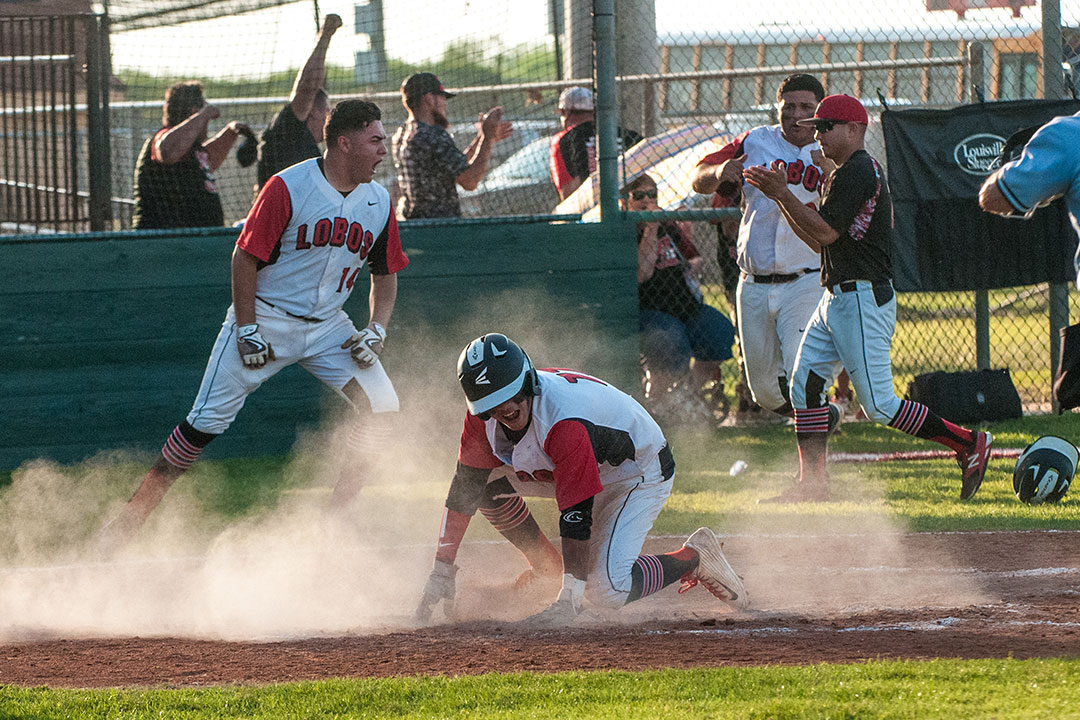 “This is the third year in a row where we fought the weather, some tough teams in the second round and we wind up in the third round,” Garcia said.

The Eagles won game one of the series, 3-4, as the Lobos struggled at the plate.

Game two started fast for both teams as they were able to get on the board in the first inning. Although the Eagles had the early 2-1 lead, it wasn’t until the bottom of the fourth when a combination of hits by the Lobos and errors by the Eagles gave the Lobos a 4-2 lead.

In the top of the sixth inning with the score remaining 4-2, at about 3 p.m. Saturday rain storms moving through La Joya caused the game to be delayed, then moved to PSJA baseball field, where it had not yet rained. The game resumed at about 5:15 p.m., but after only one inning of action lightning struck to delay the game again as the storms passed through the Pharr area. After hours of waiting, and seeking permission from the UIL, the game was finally rescheduled for Monday, where they would finish game two and possibly have a game three.

Coach Garcia knew the struggles of starting a game on Saturday and finishing Monday.

“Spoke to the kids on Saturday and told them that we just need to believe,” Garcia said. “We had to keep the kids motivated.” Garcia told his players, whoever is mentally tough is going to win this series.

As game two continued on Monday, May 16, Lobos pitcher Leonel Perez kept the Eagles scoreless. Then Lobo Victor Flores hit a double to bring in the winning run, tying the series at one game apiece.

Perez continued pitching for the Lobos in game three, posting seven strike-outs, lifting the Lobos to a 10-0 victory to close out the series.

The Lobos opened game three, keeping the momentum they gained from game two. Bats were connecting, giving the team an early 2-0 lead by the end of the first inning.

Meanwhile, the Eagles kept making errant throws that allowed Lobos runners to advance into scoring position. It wouldn’t be long until the errors became the Achilles heel for the Eagles as runners scored for the Lobos inning after inning until the game was called in the fifth. With the bases loaded a ball four call would bring in the final run of the game.

The Lobos next game is a quarterfinals match up against Laredo United, who is currently on a six-game win streak, scheduled for Saturday, May 21 in a best-of-three series.