City officials for Mission, McAllen and Hidalgo took a tour of the area where the new Madero Bridge is proposed to be. The international bridge, which is also meant to be a rail bridge, will be utilized for cargo traffic.

The presidential permit for Madero states that it will sit between Conway and Inspiration roads, but Mission City Manager Martin Garza said the area is just slightly west of Conway. 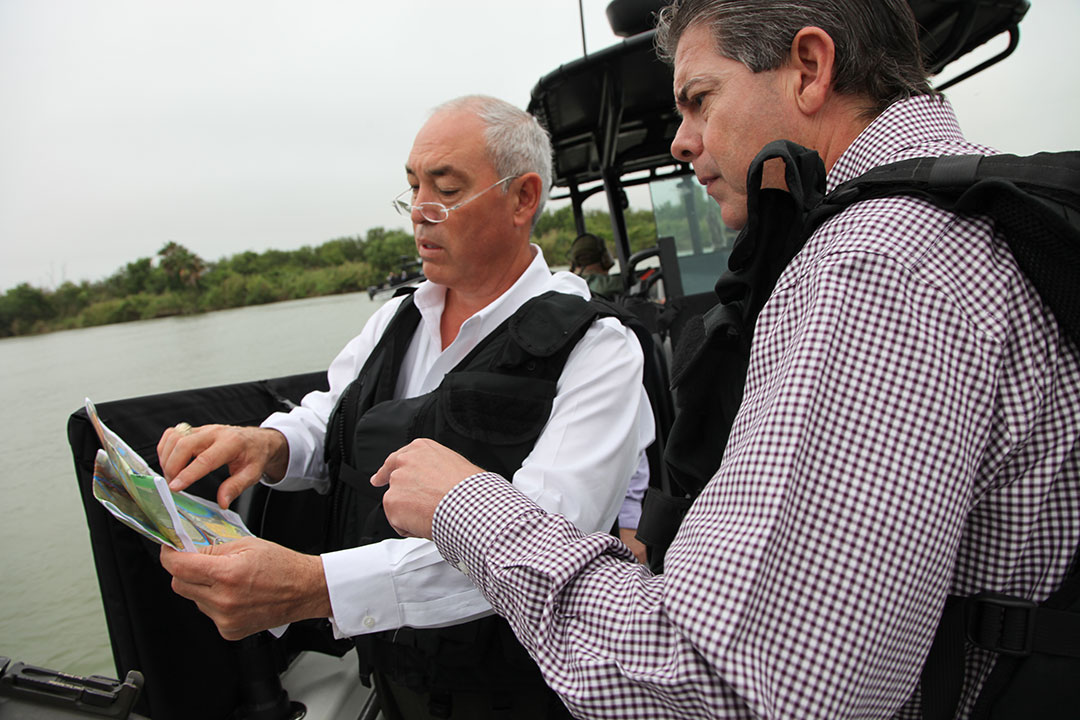 “Besides looking at it on paper and Google maps, Commander Joe Rodriguez from the DPS coordinated the boat rides for the city officials to be able to actually…visualize on the ground what we’ve been seeing on a map,” Garza said.

However, the maps that the engineers have presented are “very preliminary” the city manager said. There are very different locations within the presidential permit that the city officials are looking at when it comes to bridge placement.

The city has six years to start construction on Madero. During that time, a number of studies must be executed before the construction can begin. The studies include feasibility, environmental, archaeological and a traffic study. The purpose of the tour was for the engineers and city leaders to understand where those areas would be to accommodate those studies.

Throughout the project, McAllen Mayor Jim Darling, Mission Mayor Beto Salinas and Hidalgo Mayor Martin Cepeda will be working closely with Mexican officials to ensure that the studies are done on both sides of the border.