The All-Valley Team of the Year is a recognition many covet but few receive. This year two of the three teams nominated in the Sub 6A girls’ team category are from Sharyland High School – the Lady Ratters soccer and golf teams.

With 20-plus sub 6A Valley schools having girls teams in 10 – 12 sports each, that’s over 200 teams that were eligible to receive this honor. Therefore, just receiving a nomination is quite an accomplishment. And while having two of the three teams nominated in the same year both come from the same high school may not be unprecedented, it is to say the least a rare occurrence. 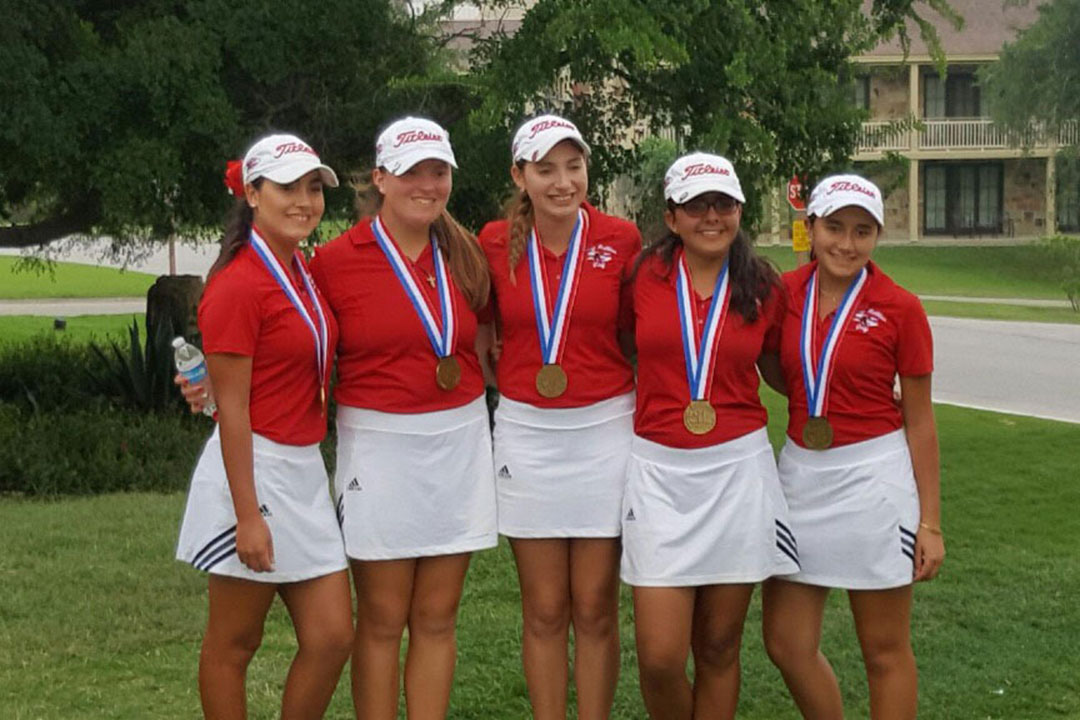 Let’s take a look at why these two teams were nominated.

The Lady Rattlers golf team qualified for the state tournament once again this year by first claiming the district title and then being the regional runner-up. The team, made up of seniors Ana Jose Erana, Mariana Flores and Christina Shinn-Roldan, sophomore Raquel Flores and freshman Laura Rodriguez, placed third at the state tourney held at Wolfdancer Golf Club in Lost Pines, Texas last month.

While Sharyland High boys and girls golf coach Fernando Rodriguez had high praises to sing about all his players, he did single out the one that has played a major role in the Lady Rattlers’ success over the past four years.

“Ana Jose Erana has been our No. 1 player,” explained Rodriguez. “She’s the one that’s been on the varsity for four years and that has now advanced to state all four of those years. She’s been the cornerstone of this team for some time now and while it’s going to be hard to replace her, she’s moving on to bigger and better things including playing golf for St. Edwards University next year.”

“Mariana Flores and Christina Shinn-Roldan are our other two seniors,” added Rodriguez. “Mariana has been on the varsity for three years. She and Ana were both named All-State, Ana to the first team and Mariana to the second team. Christina was named to the third team All-State.”

As for what it means to have his team nominated as one of the three Sub 6A Girls Teams of the Year Rodriguez said, “It’s a big honor for our golf program to be nominated. The girls have definitely put their time and effort into being one of the top three teams in the state. We’ve been ranked third in the state for most of the year and that’s where we finished.”

When asked what it means to him and his team to be nominated as one of the top three Sub 6A Girls Teams of the Year, second-year Lady Rattlers head coach Aaron Clemons said, “It’s nice anytime you are honored with a nomination like that. There’s some tough, tough competition, however, so it’s going to be tough to win. But at this point the girls and I are flattered and honored just to be in the running.”

As for the fact that two of the three teams from across the Valley nominated are from Sharyland High School Clemons said, “This goes to prove that Sharyland is top notch in the Valley when it comes to girls’ athletics. Expectations are very high here amongst coaches and the students so they’re going to step it up and they’re going to achieve at all levels and in all sports.”

The third team nominated as Sub 6A Girls Team of the Year is the Rio Hondo softball team. The team to take home the honor will be announced at the 2016 All-Valley Sports Awards Banquet to be held at the DoubleTree Hotel in McAllen, June 14. Dallas Cowboys legend Drew Pearson is the keynote speaker for the event.