The first senior class of Thelma Salinas STEM Early College High School became certified graduates on June 5. Of the 91 that received their diploma, 81 had already earned their associate’s degree from South Texas College and attended the commencement ceremony in May. All 91 STEM students graduated with college credit.

Principal DaLee Garcia said seeing the graduates march with their diplomas was a surreal experience. 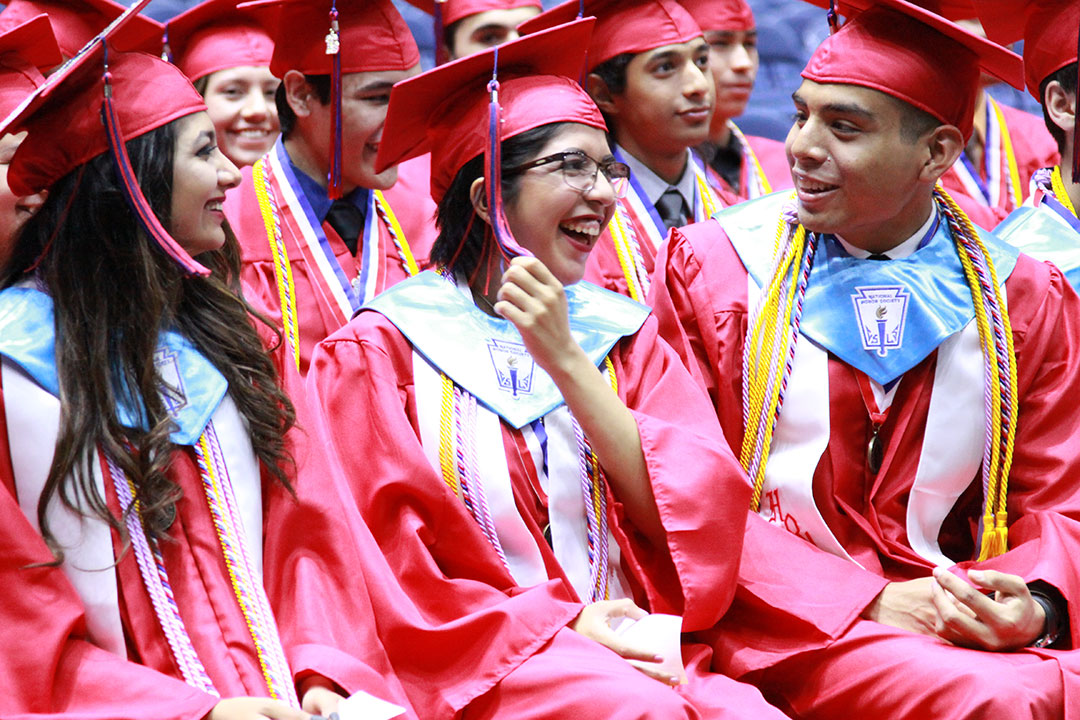 “Time passed so quickly,” Garcia said. “Just to see them after four years, how much they’ve grown and how much they’ve developed, it’s almost like being a parent and feeling that they’re ready to fly the nest.”

The principal described the 2016 graduates with a pioneer spirit and a “can-do” attitude. They took the path less traveled and because of that, had the challenge of setting the tone for the classes that followed them.

“It’s very difficult to go to a high school where there’s not an upperclassman to guide you. They basically guided themselves, so I’m very proud of them,” she said. “They could have gone to their regular high school but they wanted to do something different. They took on that responsibility of being the first graduating class very seriously.”

In 2016, STEM ECHS earned the bronze award in a national ranking of schools by U.S. News & World Report. Schools are ranked based on their performance on state-required tests and how well they prepare students for college. In addition, the senior class also boasts the highest percentage of associate’s degrees in the Valley.

During the her salutatorian speech, Jenitza Vega asked her peers to remember when they first entered the halls of Thelma Salinas as freshman in August 2012 and look at how far they have come.

“Stepping into the second floor of an almost empty building, we had no idea how we would get through the next four years of high school,” she said. “Most of us questioned whether we’d graduate and if we would be able to obtain our associate’s degree. We could not have imagined how it would feel to be sitting here today.”

She spoke about key moments in the class’s four years, such as when two male students performed for a basketball game halftime show in drill team outfit, and when the students organized a quinceñera for their principal when they found out she never had one.

“Four years ago, there was nothing but students with great dreams and aspirations,” Vega said. “Today, there is a path that each and everyone of you has helped pave and the generations will come to follow, a path with high standards and great expectations.”

Superintendent Alda Benavides said the student’s work ethic and attitude modeled the school’s namesake. Thelma Salinas was an educator for 28 years before she died. Her son Omar Salinas attended the graduation ceremony.

When asked how he felt seeing the first graduating class, Omar’s eyes watered and his voice wavered. It was an emotional ceremony, he said.

“She would have been very proud of everything,” Omar said. “The school gave the students the knowledge they need to continue and make good choices and go after what they want. That’s what she would have said. Toward the end of her life it was just ‘Enjoy what you’re doing and never forget where you’re coming from.’”