Without any previous acting experience, local Noel Leonardo Carabaza Garza landed a role in the comedy movie “How to be a Latin Lover,” where the 12-year-old plays the younger version of the main character.

The film also stars Salma Hayek, Rob Lowe, Raquel Welch and Mexican television actor Eugenio Derbez, who is the film’s main character. Derbez plays flashy Casanova type who was dumped by his wealthy female companion and is forced to live with his estranged sister while trying to find another well-off lady friend. 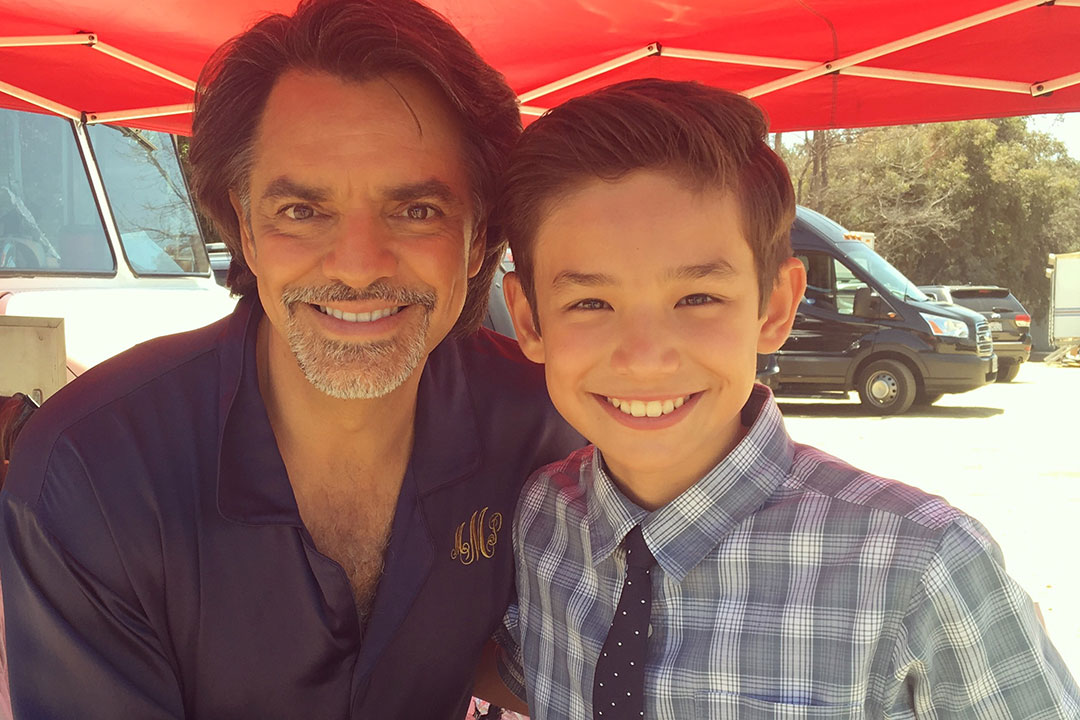 The auditions were held in San Juan, and Noel, or Leo as his parents refer to him, didn’t have plans to attend until two days before the auditions took place. A neighborhood friend, who was already planning to read for the role, invited him along.

After waiting for six hours and almost missing an opportunity to read for the part, Leo was able to audition for the movie, which is directed by Ken Marino. Even though it was the seventh grader’s acting debut, his mother Briseida Garza said he’s always been talented in the arts.

“He would be the first one to volunteer, like ‘I want to do it. I want to sing, I want to dance,’” she explained. “He has talent. This is his first experience acting, but he’s very natural. He doesn’t get nervous or shy.”

One of the key requirements for Leo’s character is that he speak fluent Spanish and English. The soon-to-be Sharyland North Jr. High student beat out more than 800 boys for the part.

Leo made two trips to Los Angeles, California in early June for the movie. His parents and younger sister were able to be with him on set.

“I felt really excited, kind of nervous but not really. Once the camera was in front of me it was like ‘Oh OK, this is serious,’” the 12-year-old said. “But my character is a showoff, so I had to be a showoff and I was trying to be like that, so I felt kind of cocky. I’m just really thankful for the opportunity.”

Leo said he would like to continue to pursue acting if given another opportunity. In school, he has participated in choir, band, UIL ready writing and advanced classes.
Garza said that even though she knew her son was talented, she wanted academics to remain his priority. But after being praised by the film’s director, she feels this role is only the beginning.

“I haven’t even finished realizing this is happening. I think this is kind of a message that we need to let him fly,” Leo’s mother said. “We’re very excited and we’re very blessed to have this opportunity because I think he deserves it. He’s a very good kid and he’s doing his best.”