It’s the middle of the summer in South Texas where temperatures regularly reach 100 degrees. While many people turn to the swimming pool to cool off, Mission Veterans senior Aaron Martinez keeps his cool on the golf course where he spends eight hours a day, six days a week practicing to elevate his game to the highest level. 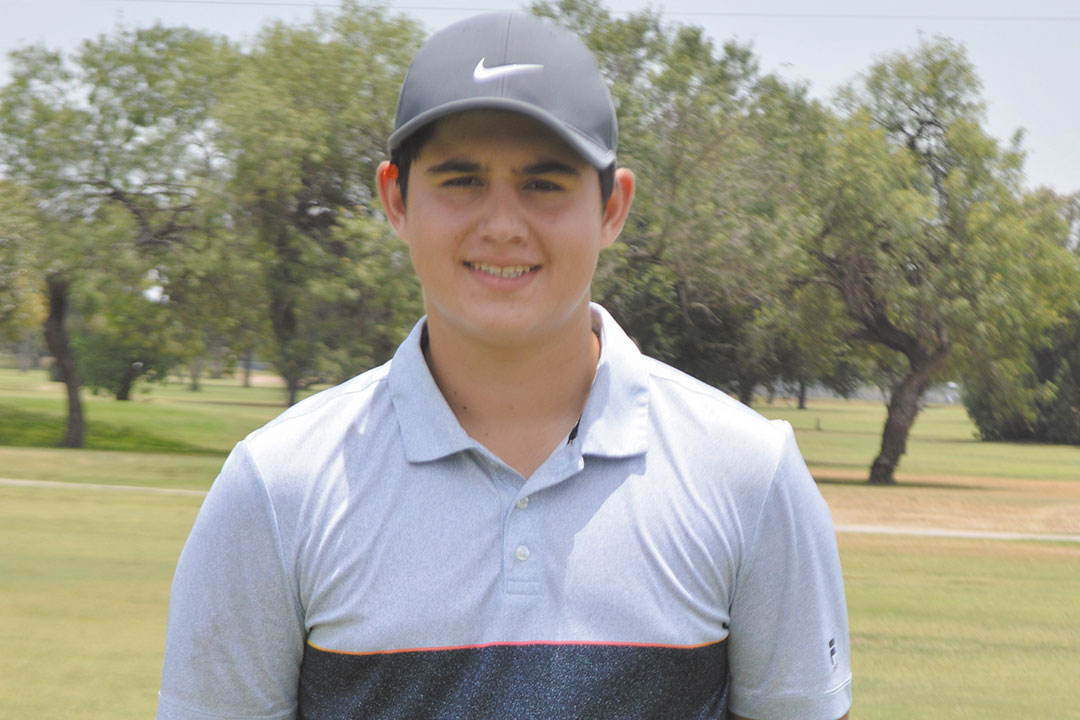 All the practice time put in over the summer has paid off, as Martinez won the South Texas Junior Golf Classic at the Harlingen Country Club on July 17 where he needed to remain cool, calm, and collected as he came from behind to force a playoff and win the championship.

After shooting a 71 and finishing day one in first place at the STJGC, Martinez’ game slowed a bit on day two as he shot a 78 and found himself down two strokes to Lyford High School senior Jacob Daniel Serna with four holes remaining. Martinez gathered himself to lead a comeback and force a playoff with the title on the line as they both ended regulation shooting 149.

“I’ve played in the STJGC for about four years and I don’t think I was ever ready, but I’ve been practicing a lot for this. I was really prepared for this and I expected to win,” Martinez said after his victory. “I was a little nervous, I started off the second day a little slow. I wasn’t hitting the ball that great but I had a good finish. I work very hard on my mental game not to get mad and not let bad shots happen. After coming back from down two, going into the playoff I felt real confident and fired up and just did my best.”

His best was what it took to win the playoff and earn the first place trophy of the STJGC by edging out Lyford’s Serna for the victory. Martinez said this is the third time he has been faced with a playoff situation in which the pressure is higher on the golfers.

“I’ve been working hard for the school year. Come school time, my goal is to try to average 74 and try to play for a really good college. I told myself just work really hard at this and I could make and play college golf because I thought I was good enough. Everybody around me told me I had the talent and I had to work at it so I just worked at it and it’s all coming together now.”

Now approaching the final tournament of the summer, the Texas Amateur Athletic Federation Games of Texas featuring top talent from across Texas gathering to compete for a state championship, Martinez hopes he can continue the streak of success he’s consistently worked to build.

Last year at the 2015 TAAF Games of Texas held in College Station, Martinez took home first place in the 14-15 year old division. This year, he is looking to strike gold again as he competes in the 16-18 year old division with the tournament being played at the Palm View Golf Course in McAllen where he has a membership and normally practices. With the tournament being played in Martinez’ backyard, he feels like he has a bit of a home course advantage over the competition.

“Winning the TAAF games will be very good for my confidence because I just came off this big win in the STJGC and I’m very confident right now, my game is really strong. If I do well here it’ll help big time with my confidence level and getting schools to notice me,” says the 16-year old Patriots’ senior who turns 17 in August.
The 2016 TAAF Games of Texas 18 hole rounds is being played at Palm View Golf Course beginning Thursday, July 28 with day two of the tournament set to tee off the morning of Friday July 29. Admission is free to spectators.