Castro Elementary has a new principal overseeing campus operations. Myra Garza hails from Mission and has 14 years in education under her belt, but this year will be her first as an educator in Mission, and her first as a principal.

One of Garza’s initial orders as campus CEO was removing the special parking spaces for the principal, assistant principal and counselor at the front of the campus. 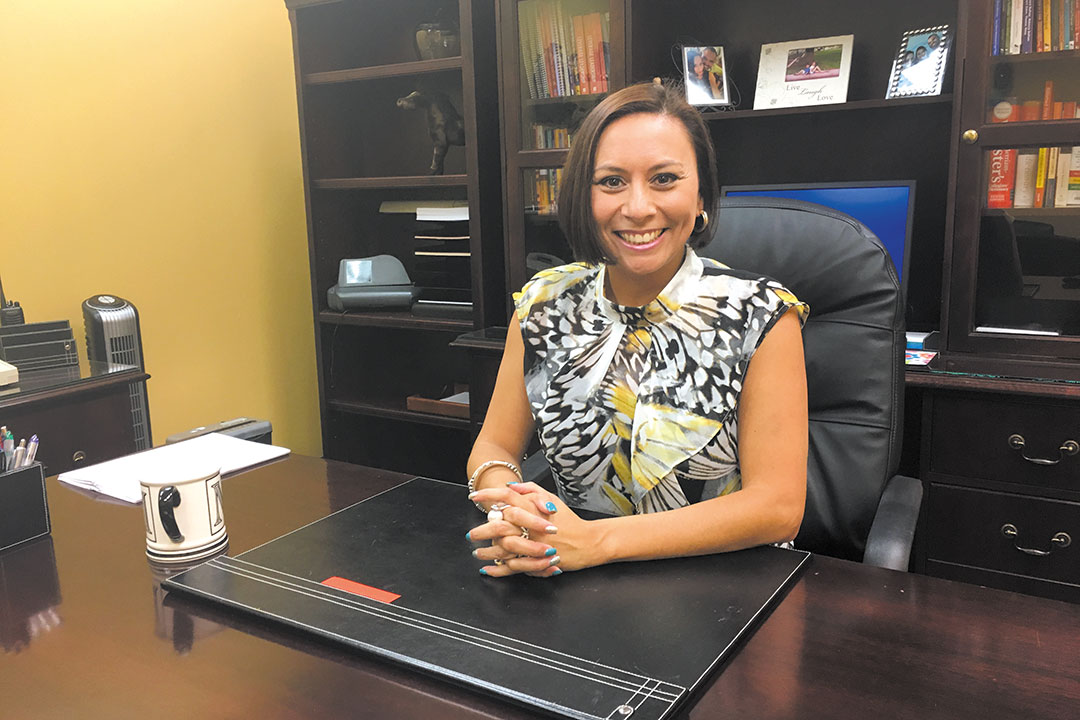 “We’re leaders of leaders. My goal here is not rule with an iron fist but to collaborate together and make it a joint effort,” Garza said. “All of us will park on the side. I am no better than anyone else coming in here. Nobody gets preferred parking.”

Garza’s two goals for Castro Elementary are very simple, she said — keep campus culture and climate at an all-time high and improve achievement scores. She doesn’t believe in an “oppressive” work environment and the new principal has a set of systems she will implement to ensure her goals are attained.

One the systems she plans to put in place is for reading and fluency. Her administrative team will the test the students every week, with the rigor level increasing as the grade level increases. This is designed to track progress and make sure the students can read fluently at their grade level before passing on to the next.

Garza equated the system implementation to flying a kite.

“We’re going to run really fast in the beginning to get that kite in the air. The goal is to get it up there as quickly as possible and once we have consistency in those systems and monitoring of those systems, we can just sit back and enjoy that kite, tweak it here and there when we need to,” the principal explained. “But in the interim, until we get that done, we’re got some work ahead of us.”

Before moving into the Mission CISD community, Garza was an assistant principal at McAllen ISD, but her 10 years of classroom experience is with La Joya ISD. The mother of two said he is happy to be back home and pass on everything she has learned to serve her community. Her husband Fidel Garza was also an elementary principal at MCISD, but was just appointed as the Veterans Memorial High School principal.

Garza said she believes working as a teacher isn’t too different from working as an administrator. It’s just a matter of bringing classroom management to scale.

Garza initially went into education because she wanted to make a difference, which she acknowledges is a “cliche.” But she enjoys being in school and being able to assist others, she said. The principal said she isn’t afraid to roll up her sleeves and teach in the trenches with the teachers if she needs to.

“When you get to this position, the best way to really make an impact is to become a servant. If you need anything, let me know. I have no problems making copies for teachers, I have no problems doing things for teachers because that’s what it’s about,” the Castro Elementary principal said. “They’re the ones on the front lines and I’m the one that’s encouraging them and giving them what they need to deliver the instruction they need to deliver.”