A former Mission High gridiron great is back in town and focused on bringing the Eagles to the forefront of Valley football.

Koy Detmer, who played quarterback at Mission High and led the Eagles to a state semifinal appearance in 1990, was named the new head coach in February and now that the season is officially underway, he has his sights set on improving the program he knows so well. 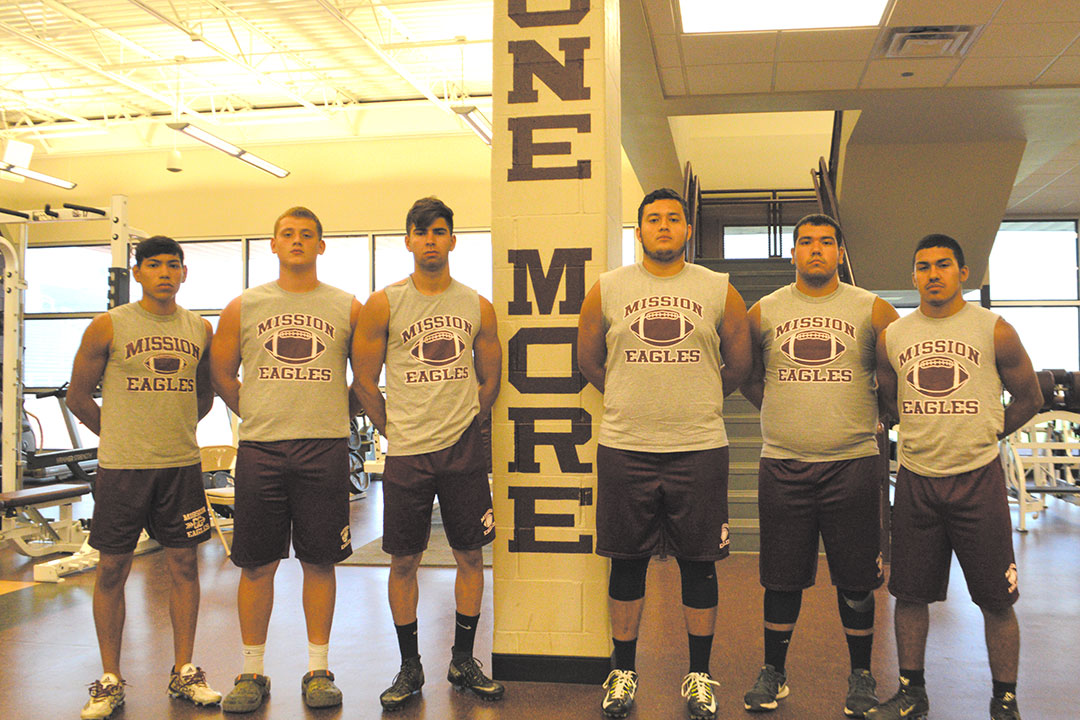 “There’s a good foundation of discipline, work ethic, respect, and playing a tough brand of football here in Mission and always has been,” said Detmer, who played collegiately at the University of Colorado before being drafted by the Philadelphia Eagles in the 7th round of the 1997 NFL Draft. “We’re bringing in new schemes with new offensive coordinators and defensive coordinators, but we just want to build on the foundation that’s been built and we want to do our part to uphold the tradition that’s been built here in Mission.”

Detmer takes over a Mission Eagles program that moved up to join District 30-6A in 2014 after previously playing in 4A, but has struggled to find their footing in their new district winning only three games over two years. In 2015, the Eagles’ season took the course of a roller coaster by losing their first two games, winning their next two and following that pattern to finish with the year with a 4-6 record, winning only two district games.
Robert Martinez, a senior running back described the feeling of being back with his teammates at two-a-day practices working together.

“There’s excitement and adrenaline. It’s our senior year so we’re all focused on aiming high and to go far. We’re ready for the season,” said Martinez, who will play a big role in the Mission offense’s ground game.

The Mission Eagles hope to improve offensively with the addition of a bright offensive mind like Detmer who brings in new offensive and defensive coordinators to his staff. Detmer previously was the offensive coordinator for Somerset High School where his father, Sonny Detmer, serves as head coach.

Senior center Sebastian Sanchez, who anchors the middle of the offensive line along with senior guard Zeke Gutierrez, explained how the new head football coach’s’ experience as both a player and coach at the highest levels has been a benefit to the team.

“It’s a blessing. With him playing at both the collegiate level and the professional level and bringing back his knowledge sharing it with everybody that’s here, it’s amazing.”

The last time the Eagles qualified for the playoffs was in 2012, a year in which the team went 9-2 overall and 7-1 in district play. In 2016, Detmer has the team setting high goals in his first season as head coach.

Rudy Trevino, the team’s senior quarterback, talked about how he hopes the offense can do more to help the team win games with the improvement on their side of the ball.

“We’re learning the system and getting all the plays in our heads, it’s exciting for the offense. In the past years our defense has carried our team,” said Trevino. “This year with Coach Detmer, we’re hoping to make the offense just as good as the defense. Hopefully we can win the district title and get into the playoffs.”

The defense will be led by senior secondary members Jesus Vera and Azahel Arispe. The Eagles are looking to make their mark on defense with momentum swinging plays and stifling opposing offenses. Free safety Azahel Arispe believes his team will set a tone on defense that will have a trickle down effect leading to more success.

“We’re going to be a hard-hitting, tough defense that plays faster than everybody and makes big plays. Make it to the playoffs and go for the district title,” said Arispe.

If the Eagles and Coach Detmer manage to finish in the top four of District 30-6A in the 2016, they will qualify for the postseason for the first time in four seasons. Detmer knows they have an uphill battle, but that’s not stopping them from setting high standards and expectations.

“There’s a lot of moving parts, being able to trust each other, doing the right things on and off the field, putting the team first with everything we do. We want to set our standards and our expectations high and we don’t want to sell ourselves short. You don’t aim for second, you don’t aim for just being okay, you aim for the top. Wherever you fall from that point is where you fall,” said Detmer, who spent nine years in the NFL with the Philadelphia Eagles. “Having this opportunity to be back in Mission, a place I call home, is a big deal for me. I just want to do my part to help these guys be the best they can be and have some success.”

The Mission Eagles’ road to redemption begins when the team opens their season at home against PSJA North on Friday Aug. 26 at 7:30 p.m. at Tom Landry Stadium.