With five children of her own, Nereida Davila struggles to keep up with her kids’ expenses for the upcoming school year.

Despite traveling throughout the Valley every day for work at a housekeeping service, the only school supplies Davila can afford for her children are just a few pencils and one folder for each of her kids, she said. But this year, Davila attended La Joya’s second ever Back to School Bash at Palmview High School to grab some free supplies. 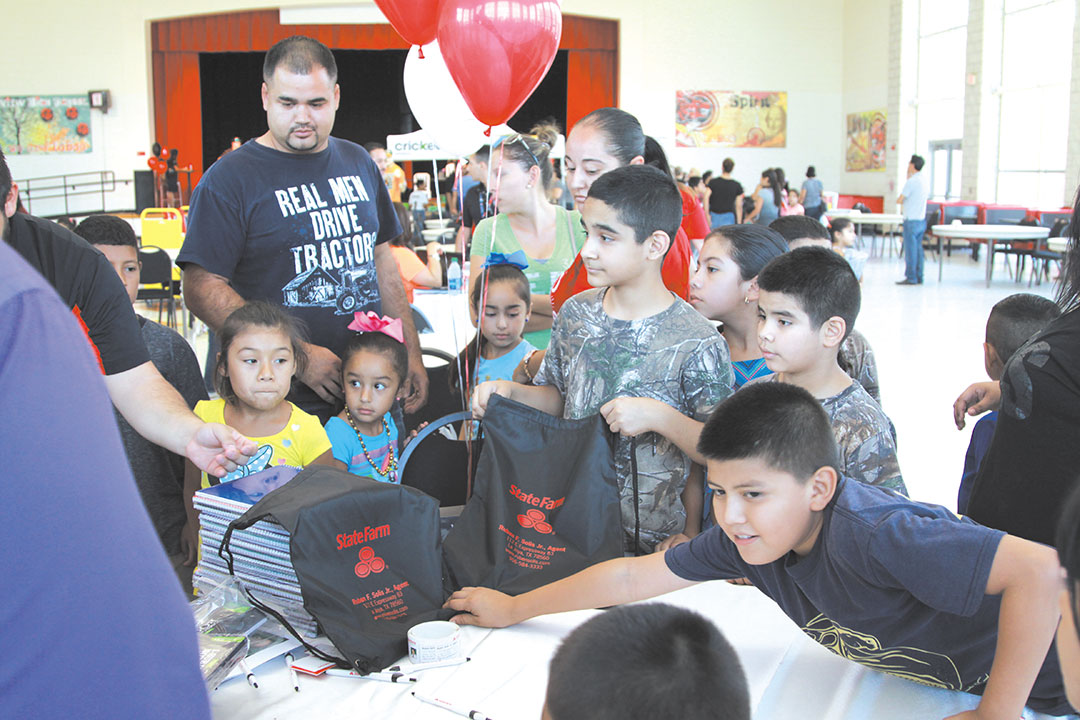 “Between the free haircuts and the supplies I’m getting for them, I’m saving at least $100,” Davila said. “It’s money I can use to buy them new school clothing, otherwise they’d be wearing the same clothes they wore last year.”

Davila and her children were among the more than 1,000 families who attended La Joya’s Back to School Bash Aug. 11. The bash was a districtwide initiative where LJISD gave away school supplies to its pre-kindergarten and elementary school students.

The supplies included spiral notebooks, folders and stationery items such pens, papers and erasers. Palmview High School’s cosmetology class and the local business Roosters Barbershop were on hand to give free haircuts to students during the event.

Vendors such as Cricket Wireless and Rodeo Dental & Orthodontics also attended the bash to raffle off backpacks and participate in handing out supplies.

According to La Joya ISD spokeswoman Lilliana Salgado, the event was held at all three of La Joya’s high schools since the district is too big to be held at one area. Palmview High School brought in more than 300 families alone. Each high school was responsible for giving supplies to its nearby feeder schools – pre kindergarten and elementary schools – that were listed by the school’s respective teachers so students could receive the exact supplies they needed for school.

“There are a total of more than 29,000 students in the La Joya district, there’s no way we could’ve accommodated all of them,” Salgado explained. “By focusing on the younger students, we’re getting the younger generation ready for the rest of their career as students for the next few years so they know how to prepare themselves by the time they reach middle school and high school.”

Due to availability issues, the bash at Palmview High School could not offer immunization shots like the bashes at La Joya and Juarez-Lincoln High School. However, according to Salgado, Palmview students in need of immunization had the option of going to any of those high schools solely for the immunization.

Palmview High School Principal Yvonne Ayala oversaw the event at her high school. According to Ayala, even if students from the 12 Palmview feeder schools didn’t show up at the bash to pick up their supplies, they still could receive them during the first day of school.

“Our kids have no excuse to be unprepared in the first day of school,” Ayala said. “We want the bash to set the tone for the new year that lets parents know we’re excited their kids will be back for another year with us. This district initiative is one less thing for parents to worry about when it comes to getting their kids what they need for the new school year.”