The La Joya Coyotes and first year head coach Reuben Farias picked up their first victory of the season, shutting out the Donna Redskins in their non-district matchup 16-0 at La Joya Stadium last night.

The Coyotes, playing at home for the first time in 2016, got off to a quick start using a big opening kickoff return from running back Ray Alaniz to set the offense up in prime position at the Donna 39-yard line. The offense took advantage of the short field to find themselves in a fourth-and-goal at the Donna 1 when Farias elected to go with his gut and keep the offense on the field. La Joya’s senior back Joseph Moreno proved the decision to be the correct one, finding the endzone on the team’s opening drive to take a 7-0 lead. 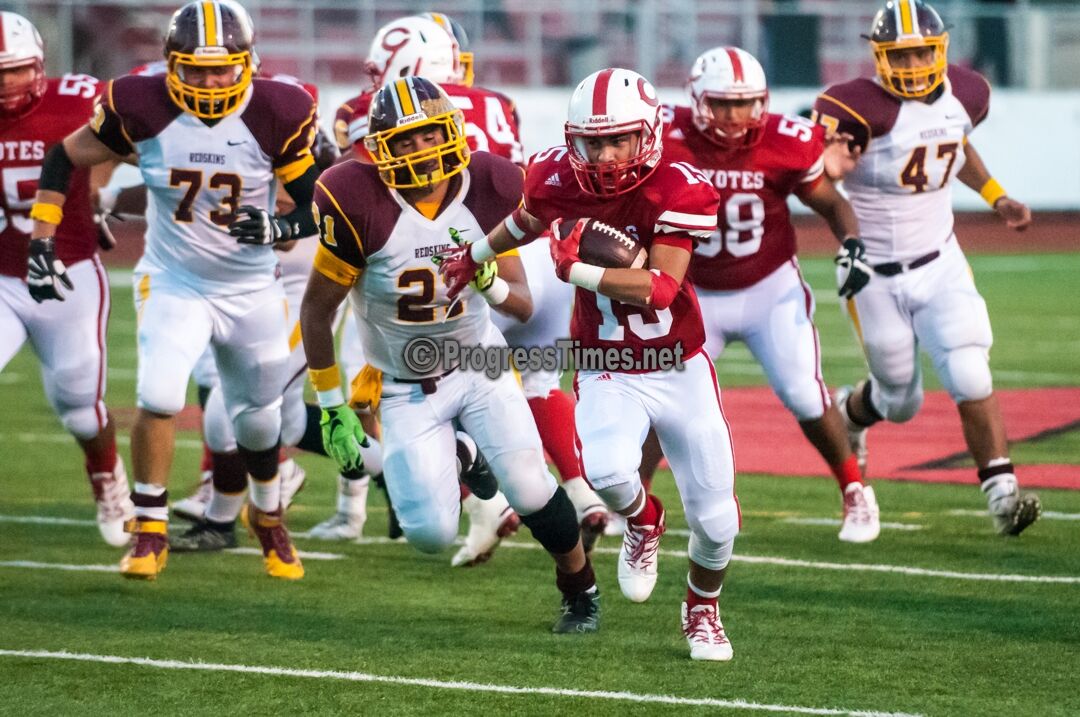 “We needed to set the tempo, hit them in the mouth, start with a good return and take the opening possession and score. We needed to show that we can be effective and I felt we did that,” Farias said.

Donna’s offense took the field and things immediately fell apart as their leading rusher Guillermo Garcia was forced out of the game with an injury and would not return. The Coyote’s defense was travelling in packs, constantly having multiple red jerseys flying to the ball and putting pressure on Donna quarterback Hector Guerrero.

The Coyotes went into halftime leading 10-0 after adding a field goal. They came out of the locker room with the same intensity when they recovered the opening kickoff after the squib kick bounced off an unsuspecting Donna player. After Alaniz and Moreno carried the offense down field and the drive was capped off by junior quarterback Irving Garcia found his way into the endzone on a sneak up the middle to extend the La Joya lead to 16-0.

“It was all about momentum. We had the momentum from the opening kick and we just stuck with it and the offense and defense played their role,” Alaniz said.

The defense, led by linebacking trio Rey Hernandez, Anthony Chapa and Jonathan Gomez, forced four turnovers on the night, including three in the second half to complete the shutout of the Donna offense. Through three games, the defense is allowing just 9.3 points per game.

Hernandez, a team captain, spoke about picking up their first victory under coach Farias. 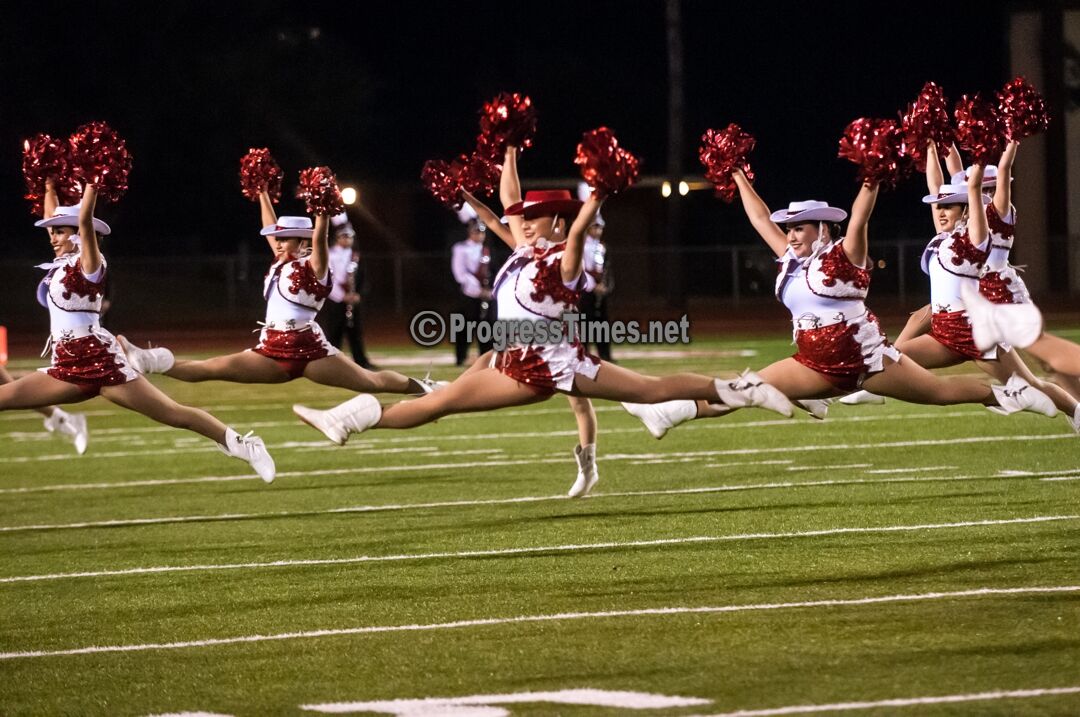 “He’s worked so hard for all of us and just getting him this win, it’s awesome, it’s a great feeling,”

Farias, who was the head coach of the Coyotes baseball program until last year, talked about the team’s win and what it means to him.

“I’m very happy for these young men who have been fighting to get a win under our belt. I still remember my first win in baseball and to get a win over a quality team like tonight, it’s great. I thank God for giving me the opportunity to be here,” Farias said.

The Coyotes improve to 1-2 on the season and move on to their final non-district game against the Pharr North Raiders scheduled for next Friday at 7:30 p.m. at La Joya Stadium.