Bennie Laprade Stadium – The home crowd left the stadium disappointed as Donna North was shut out by Juarez-Lincoln Huskies 14-0 in a non-district showdown between 1-1 teams.  For football fans who like high scoring shootouts, Donna was not the place to be Friday night, not by a long shot, as the visiting Huskies controlled possession by effectively running the ball outside of the tackle box.  The PA announcer had to earn his paycheck tonight because it everybody on the offense not in a three point stance was getting his number called to run the ball, including key defensive players, Benito Gonzalez and the talented junior Elias Gutierrez.

Strong winds definitely forced both teams to rely more on the run than the pass and for the first five minutes of the game both defenses understood the situation and shut down the offense.  Both teams struggled to run the ball and then the Huskies ran a sweep and gained a promising amount of yards, but Donna North, with the wind against them still couldn’t establish the run.  The sweep would eventually land the Huskies within field goal distance, even though the attempt was about 40 yards out, the wind was so significant that senior Kicker Armando Razo was summoned to attempt three points, his attempt had the distance but was wide left. 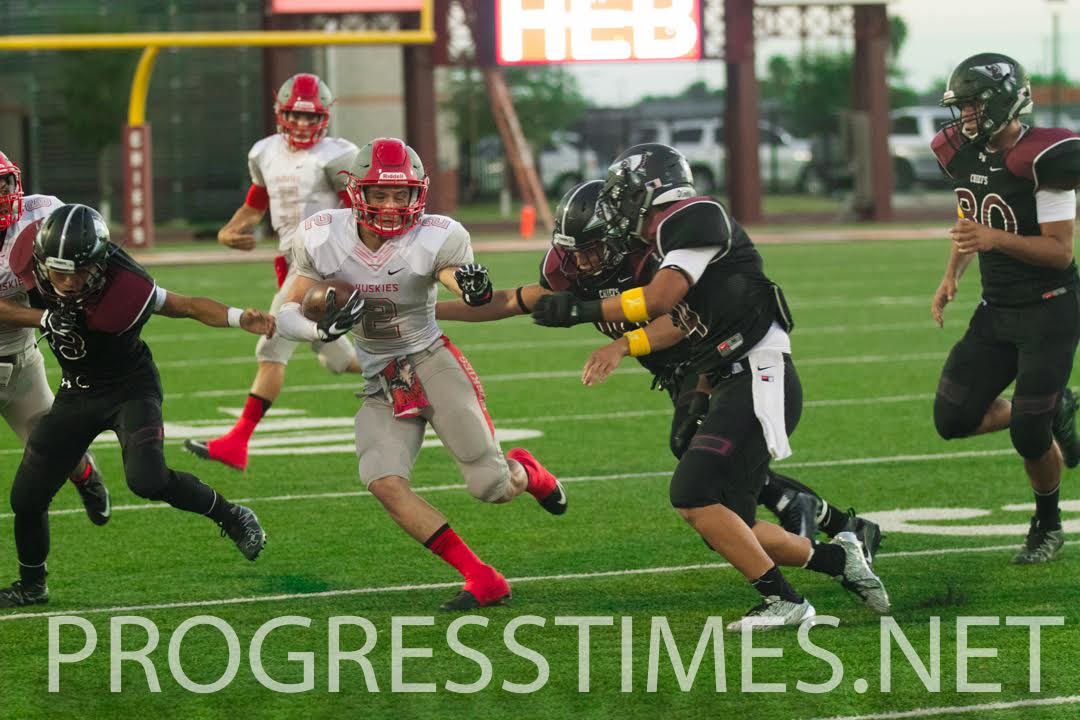 On the ensuing drive, the Chiefs struggled to stop the sweep and consequently the defensive backs were caught with their eyes in the backfield, allowing a key play action pass from Husky quarterback Andrew Rodriguez to fellow senior C.J. Flores to open the scoring with just under two minutes remaining in the first quarter.

Juarez Lincoln junior, Benito Gonzalez came up with a momentum-changing interception just as Donna appeared to be gaining some confidence, the interception was converted into six points by elusive running back Adonis Barillas just minutes later.  Huskies began rolling, and momentum was clearly on their side as they scored 14 points within 11 real-world minutes and were knocking on the door once again just before the half, but an outstanding interception in the corner of the end zone would put an end to the Huskies scoring the remainder of the night.

The second half flew by as both teams were dedicated to pounding the rock but stingy defense and timely mistakes cost both squads any chance at putting points on the board.

What to take away from the game?  The Huskies have depth at skill positions and had sporadic success running between the tackles, but they have to refrain from making mistakes in order to maintain momentum.  They could have put up at least two more scores the way they were rolling in the first half.  Donna North struggled to move the ball and they appeared to lack consistency but the defensive side of the ball looked promising. 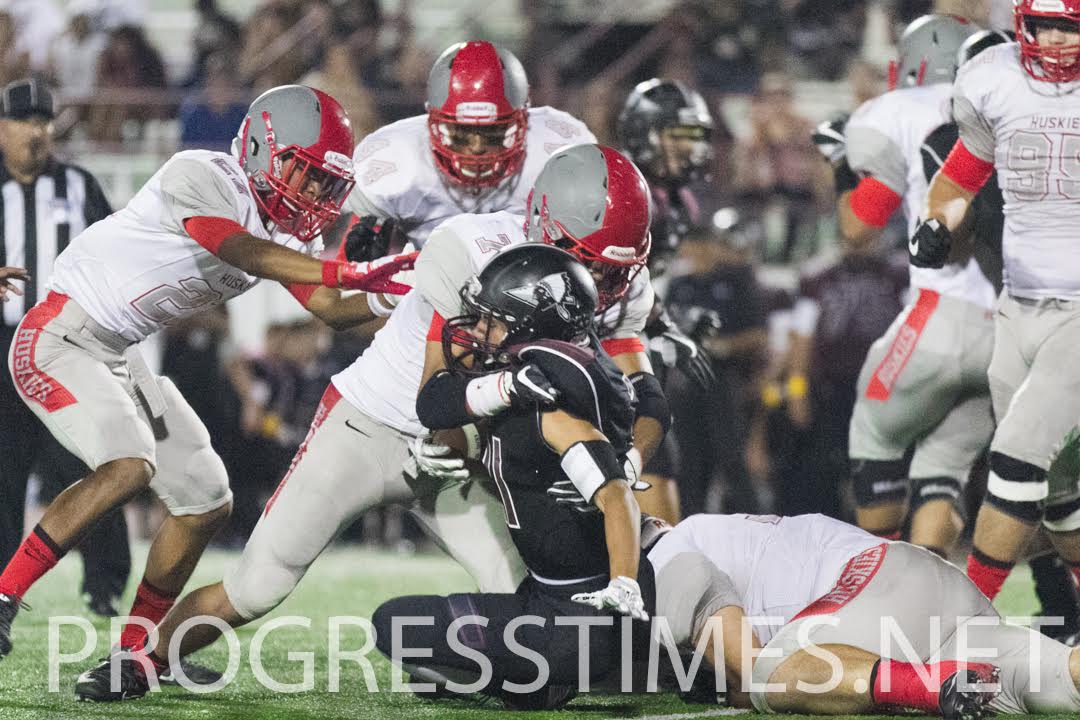 Next week the Huskies look to improve to 3-1 as they make the trip to McAllen to face the Bulldogs at 7:30pm.

For more photos of this game, check out the photo gallery below:
http://gallery.progresstimes.net/Sports/Juarez-Lincoln/Sep09FootballJLvsDNMD/