What a difference two weeks make! It was just two weeks ago in Week 1, that the Juarez-Lincoln Huskies were the only Big 7 team to open their 2016 season with a win giving the seven teams a combined 1-6 record. Fast forward to Week 3 and of the six Big 7 teams that saw action, all but the Palmview Lobos emerged victorious, giving the six teams a combined 5-1 record.

Overall the Big 7 teams have a combined record of 9-11 through Week 3. While this is a sub .500 record, in the games that really matter, district games, the Big 7 teams are a perfect 2-0. 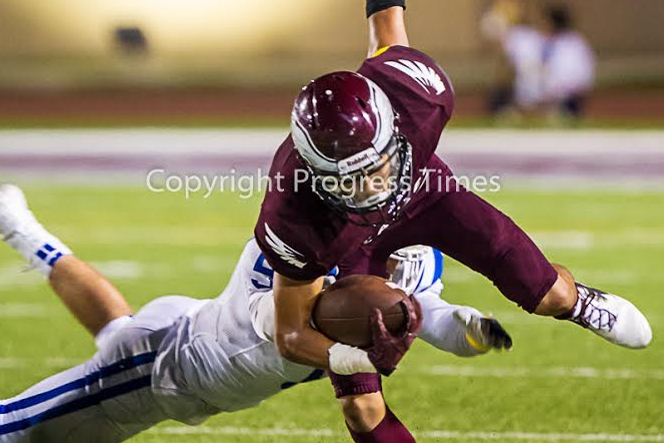 With the Pioneer Diamondbacks having a bye this week and with the Juarez-Lincoln Huskies having played Edcouch Elsa last night, let’s take a look at tonight’s remaining Big 7 matchups.

Valley View Tigers at Sharyland Rattlers
Coming off their bye week, the 1-1 Sharyland Rattlers should be well rested and ready to open their District 31-5A schedule against the Valley View Tigers at Richard Thompson Stadium tonight at 7:30. The 1-2 Tigers’ only win so far this season was a Week 2, 20-14 victory over the Hidalgo Pirates. Their two losses came at the hands of the Donna Redskins (28-7) and the Rio Grande City Rattlers (28-12). Valley View will be looking to even up their district record at 1-1 after coming off a winless 2015 campaign.

Mission Eagles at Eagle Pass Winn Mavericks
The 1-2 Mission Eagles should be flying high after putting together their first win under first-year head coach Koy Detmer last week. That was an impressive 42-21 thrashing of the Brownsville Hanna Eagles at Tom Landry Stadium.
Having opened their season with three home games, the Eagles are on the road tonight for the first time all season as they travel to Eagle Pass to play the 2-1 Winn Mavericks. The Mavericks wins came over Crystal City (45-20) and Laredo LBJ (21-0). Their loss came at the hands of the Eagle Pass Eagles last week by a score of 21-12.

The Mavericks are coming off a 4-7 2015 season in which they went 3-4 against their District 29-5A opponents. That included a season-ending 26-15 loss to the Somerset Bulldogs; Detmer’s former team under his father and former Mission Eagles’ head coach Sonny Detmer.

If the Lobos, who have qualified for the playoffs in each of the past two seasons, are going to make it three playoff appearances in a row, they need to start playing like a playoff team and a win against the Vikings tonight will be a step towards that end.