“After us, I would have picked Roma to win our district.” After calling the Gladiators a very good football team, Veterans Memorial Coach David Gilpin went on to praise his own Patriots for their 20-16 District 31-5A win.

But the win was in doubt for much of the game. After putting themselves in a hole with a bad snap during their first possession, resulting in a Roma touchdown, the Patriots found themselves behind by 10 soon after. The vaunted Roma defense proved true to its reputation, keeping Veterans quarterback Diego Hernandez off balance. Unable to find enough time to consistently deliver the long bomb, Gilpin tried a few short passes, mixed with some good running by Johnny Martinez to take some of the heat off Hernandez. Two touchdowns later, Gilpin took his team into halftime down only two points. 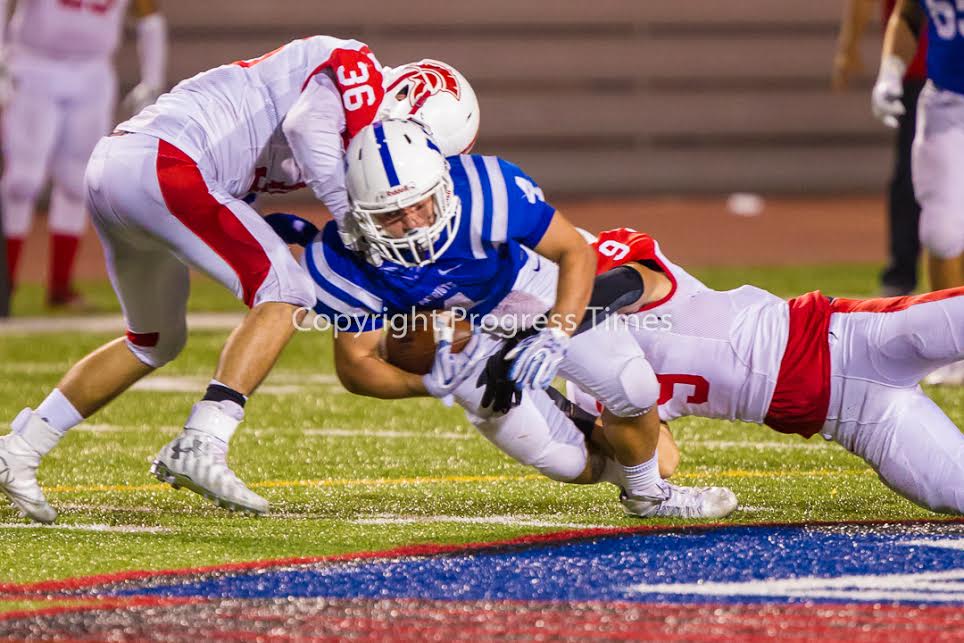 “We challenged the defense during the half” said Gilpin. The challenge was taken and the Patriot defense held the grind-it-out-on-the-ground Gladiator offense scoreless in the second half, while the VMHS offense picked up another score in the third quarter, but missed the PAT. Some fine special teams play also helped, including one punt that resulted in the Gladiators getting the ball inside their own one yard line.

The win puts the Patriots in solid position in the district as they travel to Laredo Cigarroa next Friday.