The La Joya Coyotes and the Mission Eagles met Thursday night at La Joya Football Stadium for their District 30-6A opener with both teams looking to get off to a good start in league play.

The game began as a defensive showcase, with the Coyotes forcing a three and out on the Eagles opening possession. The Mission defense responded by recovering a La Joya fumble as the Coyotes were driving into Eagle territory. 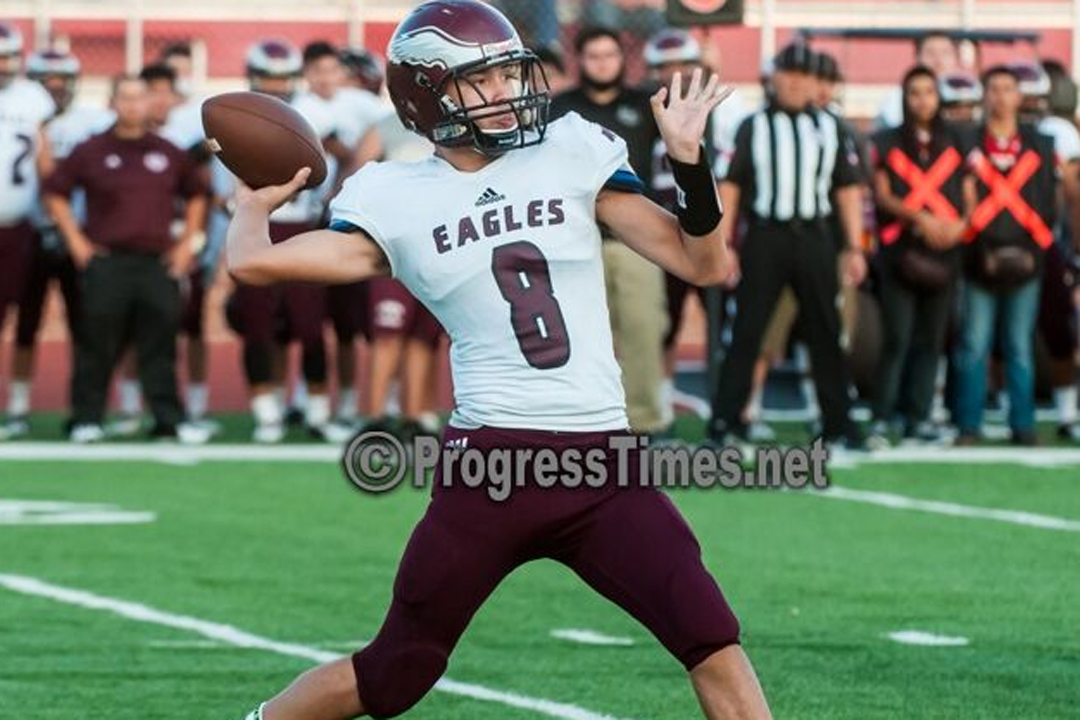 Freshman quarterback Damian Gomez, who has filled in for injured senior quarterback Rudy Trevino, started the game the Eagles. Trevino made his return to the field after three weeks, splitting series with Gomez in hopes of getting some offense going.

The Coyotes offense was the one to put points on the scoreboard first as they marched down field with the ground attack of junior running back Ray Alaniz and senior receiver Joseph Moreno, using gains of 11 and 25 yards. Junior quarterback Irving Garcia scrambled up the middle for a 7-yard touchdown to take a 7-0 lead with 4:36 left in the second quarter.

“I knew we were going to face a good Mission team that has been getting better each week. I felt our defense has been playing good but we need to score points to help them out.”

The Eagles answered with a solid drive of their own as junior Steven De Leon and senior Jesus Vera, who also spend time at linebacker and cornerback, put their team in position to score. Facing a fourth-and 9 on the La Joya 11-yard line just before halftime, Eagles first year head coach Koy Detmer elected to keep his offense on the field. Gomez scrambled right and threw to the end zone only to be picked off by Coyotes senior defensive back Tito Delgado.

In the second half, the Coyotes defense overwhelmed their offensive counterpart. Senior defensive back Leo Garza was a force, disrupting multiple plays in the Eagles backfield preventing them from building any momentum.

The Coyotes would score twice more on the night, first on a 71-yard bomb over the top of the Eagles defense from Garcia to Moreno with 7:56 left in the fourth quarter. The final La Joya score was a 2-yard run up the gut by Garcia to bring his total to two rushing and one passing touchdowns for the game and the final score to 21-0 for the Coyotes. 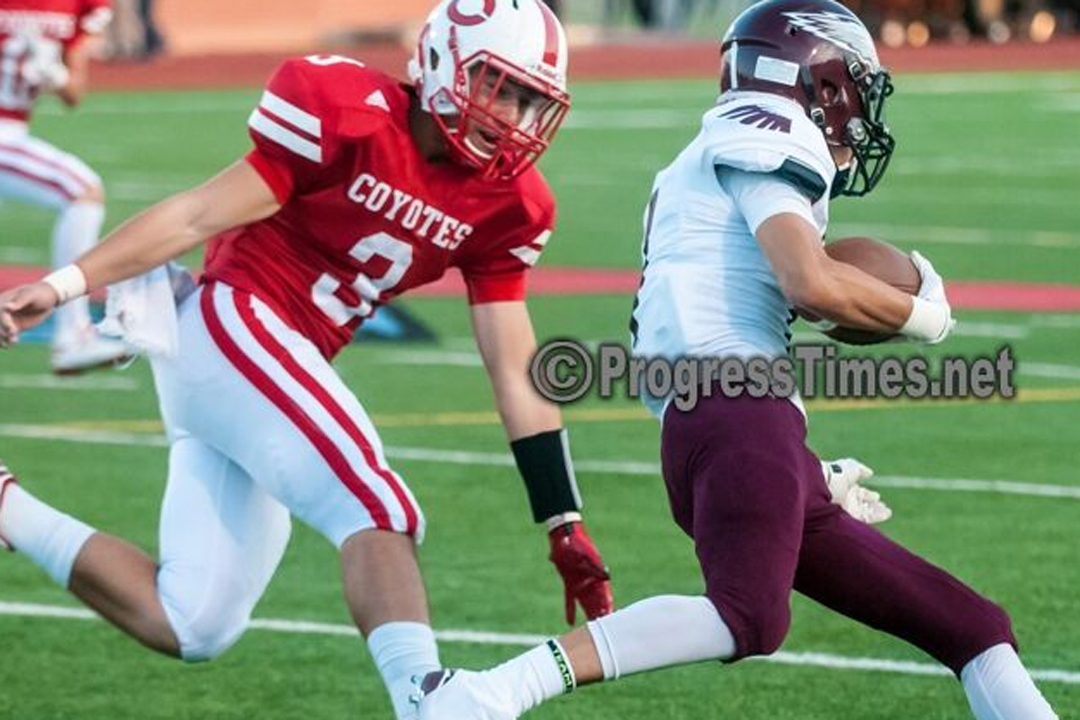 Farias spoke about his team’s play in their district opening win after the game.

“Joseph and Ray ran the ball tough and Irving had some big passes and put up points,” Farias said. “I’m very proud of our defense that they got the shutout to set the tone for district for the rest of the season.”