In a mistake-filled District 31-5A game, Laredo Nixon limped to a 24-10 win over the Diamondbacks at Richard Thompson Stadium.  It seemed like the expected win would come easily as Pioneer intercepted a Mustang pass early in the first quarter, but their drive was stymied short of the goal line and Pioneer put only got three points on the board.  Laredo returned the favor by doing what they do well – grinding out drives on the ground.

Sophomore quarterback Jacob Rosales engineered a nice drive that ended with a short touchdown pass to Tyler Bulthuis midway through the second quarter.  That proved to be the last points the Diamondbacks put on the board.  After a spectacular diving interception by Christian Rivera , the Diamondbacks went three and out, with no points.  Nixon seemed to do little better by hurting themselves with penalties.  In one case, they were knocking on the Pioneer door at the ten yard line, but three straight penalties eventually made it 4th down and 34 and out of field goal range.  They did add another tally with 8:16 left in the 4th quarter, making it 24-10. 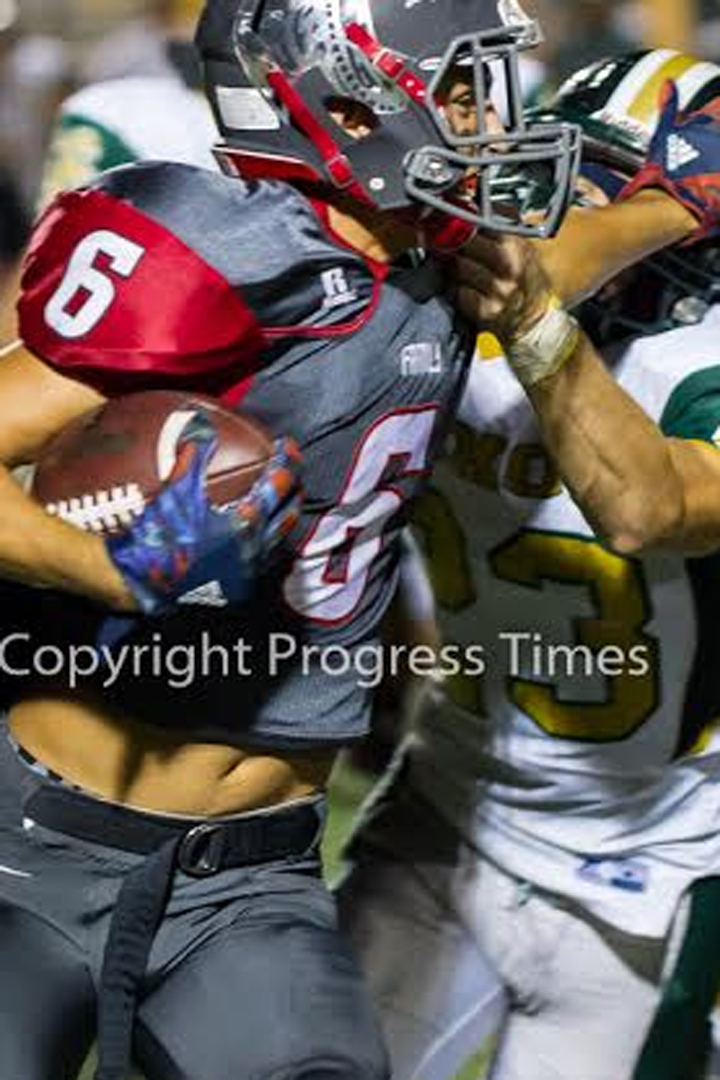 Jason Wheeler’s team didn’t give up, though.  With little time left in  the game, Rosales launched a long pass to Anthony Jimenez who made the catch along the sidelines, but then had the ball stripped from his hands and Nixon recovered.  A knee down by the Mustangs ended the game.