Christine Jacqueline Kalifa, of Mission, was shot in the back of the head after leaving a party on Moorefield Road.

Although Kalifa’s murder occurred in April 2012, her family still has to deal with the loss every day of their daughter, their mother, their sister. 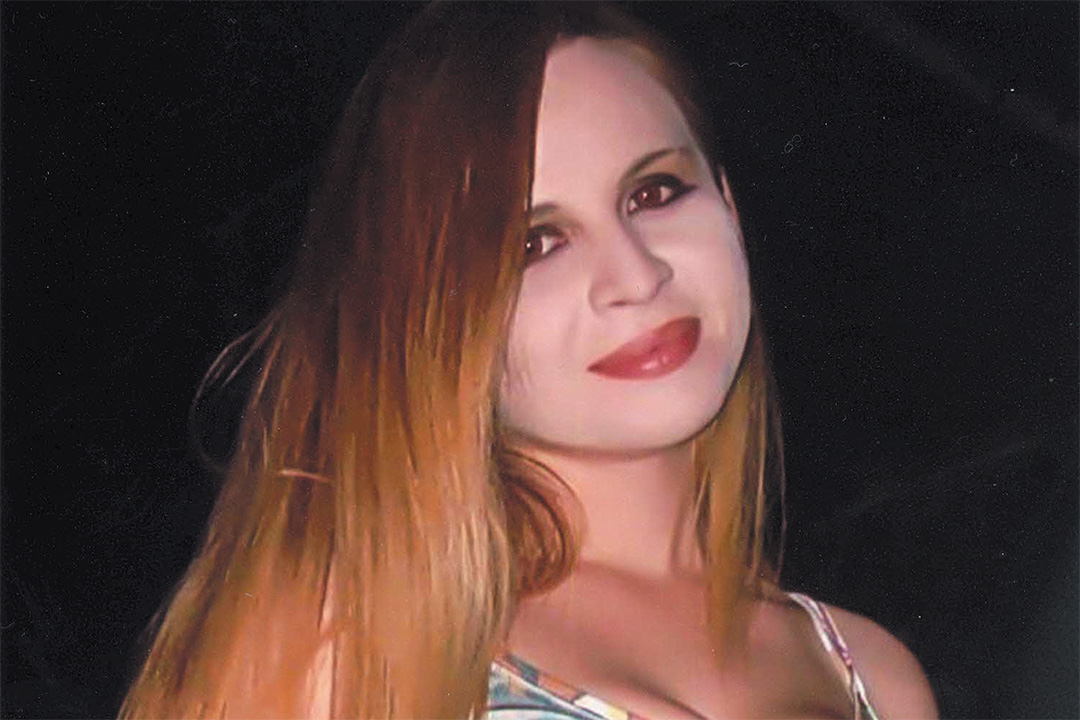 “The loss of a child is a terrible thing. And when the child dies a violent death such as being murdered, the pain never goes away,” Robert Garcia, of Parents of Murdered Children told the Mission City Council in a recent meeting, as he introduced five families who had a child who was murdered.

Garcia told the council it does not matter if that child was involved in drugs or other illegal activities, he or she was still someone’s son, daughter, brother, sister, wife or husband.

Touched by the words Garcia uttered, the Progress Times reached out to the mother of one of Mission’s young murder victims to see how she and her family have been affected by the loss of her daughter. Floriza Martinez generously agreed to share her story so others who need the help provided by Parents of Murdered Children might reach out to get the help they can only receive from people who have suffered similar losses.

Christine Jacqueline Kalifa, known to the family as Jackie, had gone to the party with a friend. But when she didn’t like what was going on inside, she walked  out and was waiting alongside the road for another friend to pick her up when a man from the party, probably fearing she might contact the police, borrowed a gun and went outside and shot her. The bullet severed her spine and came out just below her chin. She died instantly.  Her body was discovered at 2:15 the next morning and reported to police.

Jackie was the mother of three children. At the time of her murder, Bryan was 6, Jazmin was 3 and A.J. was 7 months old.

On April 17, 2012 Floriza was getting ready to travel to Kentucky for a business meeting and had gone out to get food before leaving for the airport.  When she came back down the street toward her home, she noticed the children’s other grandfather in his yard – just down the street from her home – talking to a policeman. When he saw her car go by, he pointed to it, telling the police she was the one they were looking for. She stopped her car immediately and got out, feeling something was terribly wrong. Neighbors were standing in their yards looking grim. But nothing could have prepared her for what was to come.

The officer asked her if she was Christine Kalifa’s mother. She said yes. Then he got his cell phone out and showed her a picture of a tattoo Jackie had on her leg and asked if she recognized it.  When she said yes, he said he was sorry to inform her Christine was dead.  She began screaming, even before he told her Jackie had been murdered.

Nothing has been the same in Floriza’s life since that time.  She and her husband, Javier, who is the athletic coordinator at K. White Middle School in Mission, are now raising Jackie’s three children along with their younger son, Jason, who was 10 at the time of the murder.  Her husband’s experience in working with middle school children, many of whom face serious problems, gave him insight into how to help the family make the needed adjustments.

It was a hard adjustment for Jason who was so much younger than Jackie and his older brother; it was as if he was an only child.  Suddenly, he went from “only child” to having three younger children in the family. Floriza had to work extra hard to find time to give Jason special attention.

Their older son, Christopher, 26, was very close to Jackie and had a very hard time adjusting to her death.

When it was decided Floriza should stay home and raise the three small children, there was a big adjustment in finances as well.

Floriza believes she could not have gotten through the ordeal without help from God.

“God does not give us things we cannot handle,” she said. “No matter how bad things are, we just have to keep going. I had to realize there was nothing I could do to change circumstances and move on.”

“For a while I did not want to share my grief. I kept getting invitations to Parents of Murdered Children but refused to go. My grief was just too personal. I could not share what I was feeling.”

It took her a year to go and she only went because her sister, Yesenia, encouraged her.

“When I finally went, it was a relief because there were people there who understood what I was going through. I could say things and they understood how I felt. Many other friends were nervous when I started talking about Jackie because they did not know what to say.”

Floriza credits extended family with providing much help.  Her mother and sister, Yesenia, were there for the family. Last year, unfortunately, Yesenia died of cancer.

Floriza gives a great deal of credit to the Mission Police Department and then Chief of Police Martin Garza. The case was solved within 44 hours and the two men were put in jail. The shooter got a 50-year sentence and will not be eligible for parole until 28 years have passed.

The one comfort Floriza has is an email Jackie sent a friend shortly before her death saying she was straightening out her life and was all right with God now. Floriza feels somehow Jackie knew her time on earth was limited and she had made peace with God.

At the Mission City Council meeting, Garcia said, for the families, the pain is just as real as if that child had died in an automobile accident or from a disease. The emotional pain never goes away.  Some families may suffer even more because they hear others saying, “He got what he deserved.” Families also blame themselves if the child was involved in illegal activities that resulted in their violent deaths, wondering what they could have done to prevent it, he explained.