Judging by the opening 20 seconds of play, Thursday night’s District 31-5A match-up between the Pioneer Diamondbacks and the Veterans Memorial Patriots, looked like it was going to be all Patriots. However, despite the Patriots jumping out to a 7-0 lead on a 42-yard pass from Diego Hernandez to Jacob Guerrero on the first play from scrimmage, the Diamondbacks did not panic. In fact, they fought back to tie the game at 7-7 when Jacob Rosales and Enrique Hurtado connected on a short TD pass with 3:43 remaining in the first quarter. .

The Patriots regained the lead early in the second quarter when Hernandez and Guerrero connected for their second TD of the night; this one for 50 yards. That however would end the Patriots’ scoring in this Week 6 game while the Diamondbacks went on to score 23 unanswered points to win their second district game of the season against one loss by a score of 30-14. 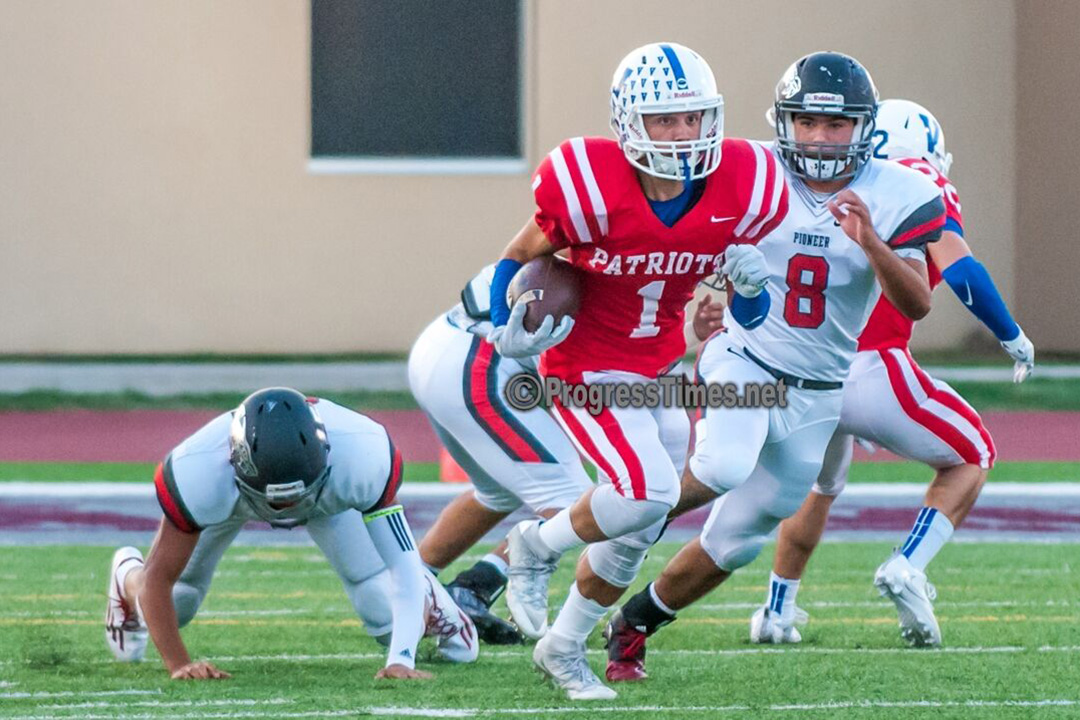 Pioneer’s second touchdown of the night came on a 5 yard pass from Rosales to William Proctor with 8:32 remaining in the second quarter. A missed extra point attempt made the score 14-13 Patriots. The Diamondbacks then took the lead to stay with only 1:07 remaining in the second quarter when Rosales ran 67 yards on a keeper to make the score 20-14 Diamondbacks at the intermission.

After several turnovers and numerous penalties resulted in a scoreless third quarter, Pioneer extended their lead to 23-14 when they scored a field goal with 10:11 remaining in the game. Their final score came seven minutes later when Christian Rivera ran the ball into the endzone from one yard out to seal the Diamondbacks’ win.