The conversation is mounting regarding Proposition 1, the proposal on the Nov. 8 ballot to establish a new Hidalgo County healthcare tax district. Voters are hungry for more information about the proposal that is being touted by its proponents as a means to increase funding for indigent healthcare and uncompensated medical care as well as help fund the new Rio Grande Valley medical school.

However, when pressed for details, no one seems to be able to provide any.  That includes the spokesmen chosen to speak at a debate held by the McAllen Civic League Thursday, Sept. 22 at the Salvation Army building in McAllen. 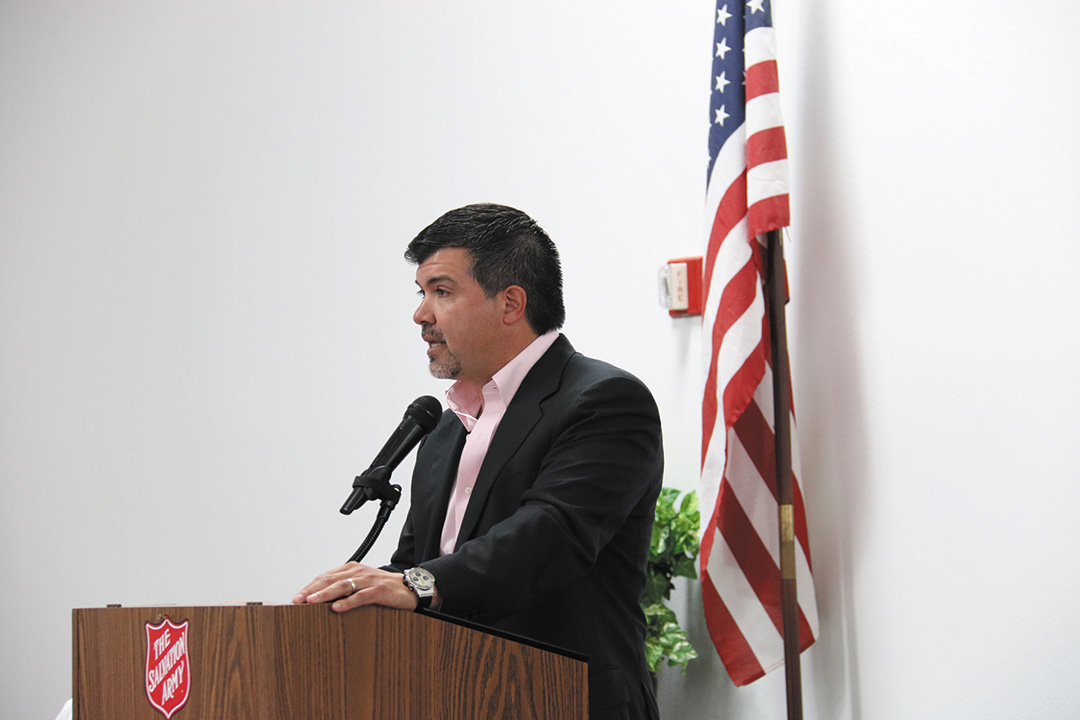 Dr. Martin Garza, a pediatrician, expressed his support for the healthcare district by presenting his vision of a future major medical center emerging in Hidalgo County as a result of the medical school and funding from the proposed healthcare district. During his presentation, the doctor showed the packed room of league members and guests slides depicting the Texas Medical Center in Houston as it looks today, and a 1943 photo of the raw land before any facilities were constructed.

He also presented pictures representing before and after images of the University of Texas Health Science Center in San Antonio, where he trained.

“So, when you look at visions like this, you’re not merely looking at one individual, a few individuals, a couple of people. When you have a vision that looks exactly like it does up in that right corner… it includes something for everyone,” he said during his opening remarks.

Hidalgo County Precinct 3 Commissioner Eddie Cantu, representing the opponents to the healthcare district at the debate, on the other hand said, when the legislation was being rewritten last year, he received calls asking him to call Austin and fight this new bill.&nbsp; He responded, “Absolutely not,” he told the audience.&nbsp; He said he needed to research it, gather more information so he could make an informed decision.

Now, he opposes the healthcare tax district, not because there is no need for more indigent care, but because he has not been able to find anyone who could tell him what the plan is.

“If there would have been a game plan, a budget, a plan of action how more primary care could be provided by this healthcare district, I might be on the other side,” he said. “But I haven’t seen that. I tried to seek that information from the right people, and I just don’t think that information is being provided to the public…. Until we have a better plan of action, I have to be against it.”

He also argued that the medical school doesn’t need more funding. The county and four of the county’s largest cities agreed to provide the extra $5 million annually that was not being funded by the UT system and the Texas Legislature.

Hospitals to Benefit
He then added, “What baffles me is the medical school, specifically the University of Texas, is not asking for more tax dollars – the hospitals are. For two years and through two different elections, the proponents have failed to show the public how a hospital district would add more services to more people, especially the indigent.”

Cantu explained that the hospitals in Hidalgo County already receive over $100 million from funds that help the uncompensated care and federal matching dollars.

“The main reason hospital districts are created [is] to provide more care for more people – not to give money to for-profit hospitals, especially ones that are expanding and buying other hospitals,” he said.

Dr. Garza, in his rebuttal said, “Take all of the obstacles…and I can only imagine in 1943 there was that and then some. I&nbsp; can only imagine in the 1950s in San Antonio when they were saying no, no, no to the healthcare district, and then suddenly… we have that medical school, where we have that residency program, we have the primary care they’re getting trained so they can go out into the community and give care, not just to the poor, but to everyone,” he said.

A series of questions was put to the two spokesmen. The first question was: With Medicare, Medicaid and CHIPS children insurance, the Affordable Care Act (Obamacare) and other laws and programs designed to provide care for the poor and the indigent, why should we add another taxing entity for the same purpose?
Dr. Garza responded, “Here’s the problem with this scenario…. Medicaid in and of itself is broken. The scenario is that Obamacare in and of itself hasn’t done the right job.… What you have is a population that is still being missed.”

But, he said, that is not his focus. Instead, his focus is “if you improve the healthcare of the needy and the people that are uninsured, you can also benefit the people that have, because you’ll be bringing in some specialists, what I call super sub-specialists, that are incredibly difficult to find. That’s the reason why I think this helps everyone.”

Commissioner Cantu’s response to this question was, “It goes back to, ‘What can we do with existing money that we already have?’&nbsp; He said we should “concentrate those monies on…those people that are using Medicare and Medicaid…. We need to do as much as possible to get them additional funds and to also get partnerships.”
He said more partnerships are needed like the ones that already exist with the medical school. Those partnerships provide more services to more people.

Dr. Garza could not answer the question about how many people are currently being served through the county indigent healthcare program and how many more would be served if Prop. 1 is approved.&nbsp; But he did say that the current program serves only those earning less than $7,000 per year.&nbsp; With more funding they could increase that number and get more people to qualify for services.

Cantu said he understood that currently the program serves about 10,000 people, but he has no idea how many more would be served if Prop. 1 passes.

“I don’t know how many more people are going to be served. And that’s why I was looking for a plan so we could see what the numbers would be,” he said.