The Palmview Lobos and the Juarez-Lincoln Huskies met Friday night to settle this year’s rivalry game between District 30-6A foes.

The game started with a bang as Palmview running back Mark Salinas returned the opening kickoff to the Juarez-Lincoln 10-yard line to put the Lobos in scoring position. The Huskies defense would hold strong, forcing a fourth-and-4. The Lobos elected to keep their offense on the field but were denied as an incompletion caused a turnover on downs. 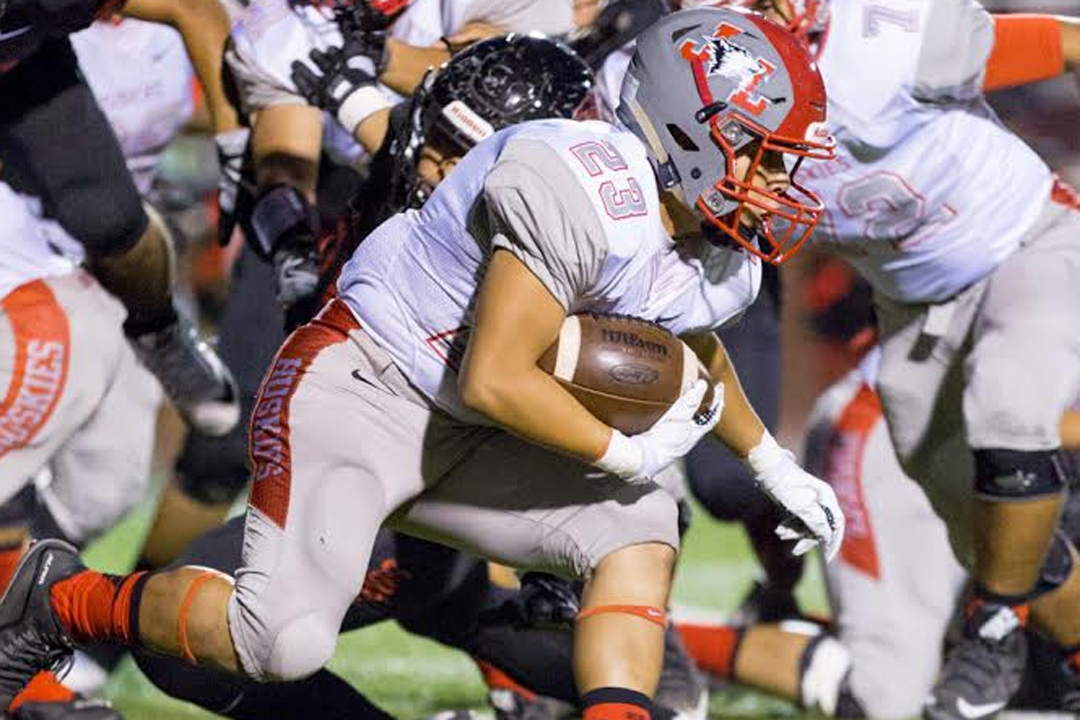 Using the momentum of the defensive stop, the Huskies offense took the field and scored on their first possession when quarterback Andrew Rodriguez ran around the left side of the Lobos defense for a 44-yard touchdown to open up a 7-0 lead.

The Lobo offense matched the big play with one of their one as Salinas scored on a 39-yard screen pass, sprinting by the Huskies defense for six to tie the game at 7-7 heading into halftime.

“The whole team was working together as one. We had ups and downs here and there but teamwork is all that matters,” Salinas said.

Each team’s defense provided game changing plays, stopping the other on fourth downs. Huskies safety Elias Gutierrez was flying around the secondary, deflecting passes and providing run support while defensive lineman Abram Aguilar was constantly in the Lobo backfield. Palmview defensive lineman Rolando Andrade was a disruptive force for the Lobos, pressuring the opposing quarterback and intimidating runners.

In the second half, Pina and Salinas would wear the Huskies defense down. Pina ran stronger as the game continued on, keeping drives alive with his ability to push piles and make defenders miss. Salinas’ speed was the biggest factor of the night as he scored again on a 31-yard jet sweep to put the Lobos up 14-7 with 1:34 left in the third quarter.

The Huskies offense had two opportunities to respond but was intercepted by Lobos defensive back Andrew Puente and forced into a fourth-and-15 they would not convert. The final score between the sister school’s was 14-7 in favor of the Lobos.

“It’s good to get this win under our belt. The kids played their hearts out in a tough game,” Requenez Jr. said. “We knew it was going to be a battle. We know we can play. We’ve been missing that effort but I’m happy with the way they played tonight.”