It was all Rattlers Friday night at Richard Thompson Stadium.  Blake Klein started the scoring with a run early in the first quarter, then quarterback Alan Alvarez followed halfway through the same quarter with his own long run.  The Gladiators finally put a touchdown on the scoreboard on the second play of the second quarter, then scored a second time after intercepting a Rattler pass.  Roma’s long bomb should have tied the game, but the PAT was wide right.

The Rattler offense must have had their feelings hurt by the interception, because on the next possession, Blake Klein ran it all the way to the Roma 22 yard line, then quarterback Alan Alvarez  passed to Edgar Alanis for another score, making it 21-13 as the teams went into the locker room. 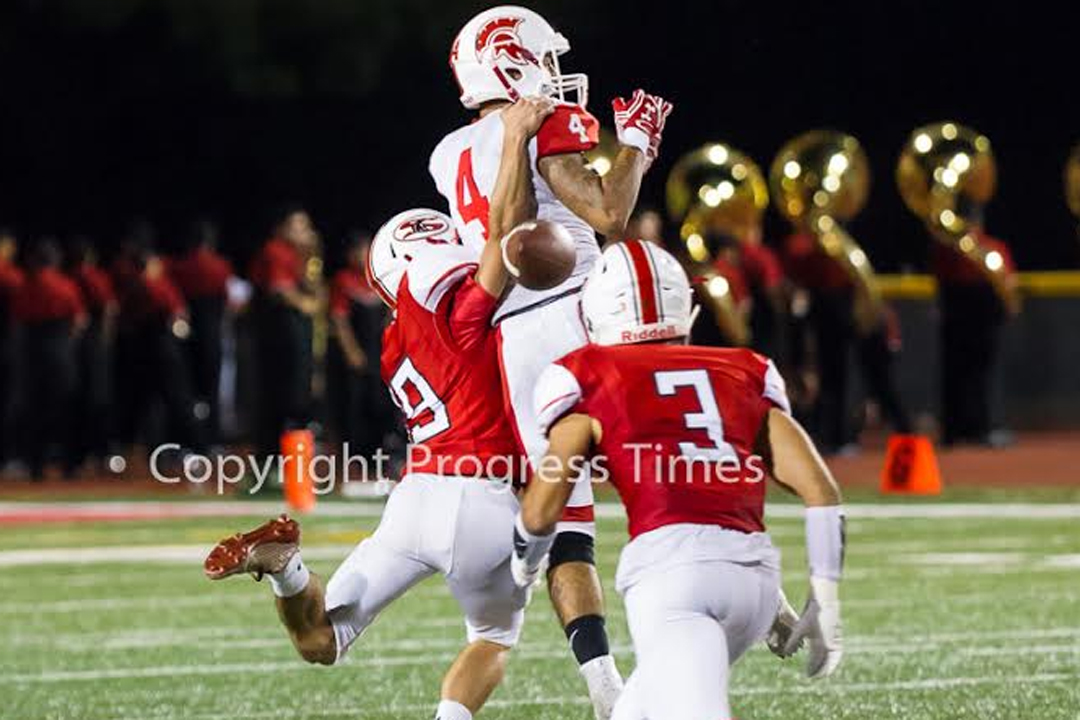 The third quarter saw Sharyland pour it on, starting with another TD pass to Alanis, followed by Andres Tamez intercepting a Roma pass which led immediately to another Alanis reception for his third touchdown.  The scoring continued as Alvarez kept the ball for himself and made a long scoring scamper from deep in his own territory.

By the fourth quarter, Head Coach Ron Adame began resting his starters, sending in Edgar Longoria at quarterback.  He hooked up with Miguel Pena on a long pass that resulted in the Rattlers’ final score of the night.  The game was well out of reach when the Gladiators ended the game’s scoring, though the Rattlers threatened again after Eden Ibarra caused a Roma fumble that was recovered by Noe Guzman.