The Mission Lady Eagles hosted the La Joya Lady Coyotes Tuesday night to begin the second round of matchups against District 30-6A opponents. It was Junior High Night as the Lady Eagles welcomed volleyball student-athletes from Alton Memorial Middle School and K. White Junior High.

The Lady Eagles came out to make a statement in the opening game as they dominated the first set. Senior Lissete Vela provided big blocks and teamed up with senior Emily Alvarado for vicious some kills as Mission took the first set 25-8. 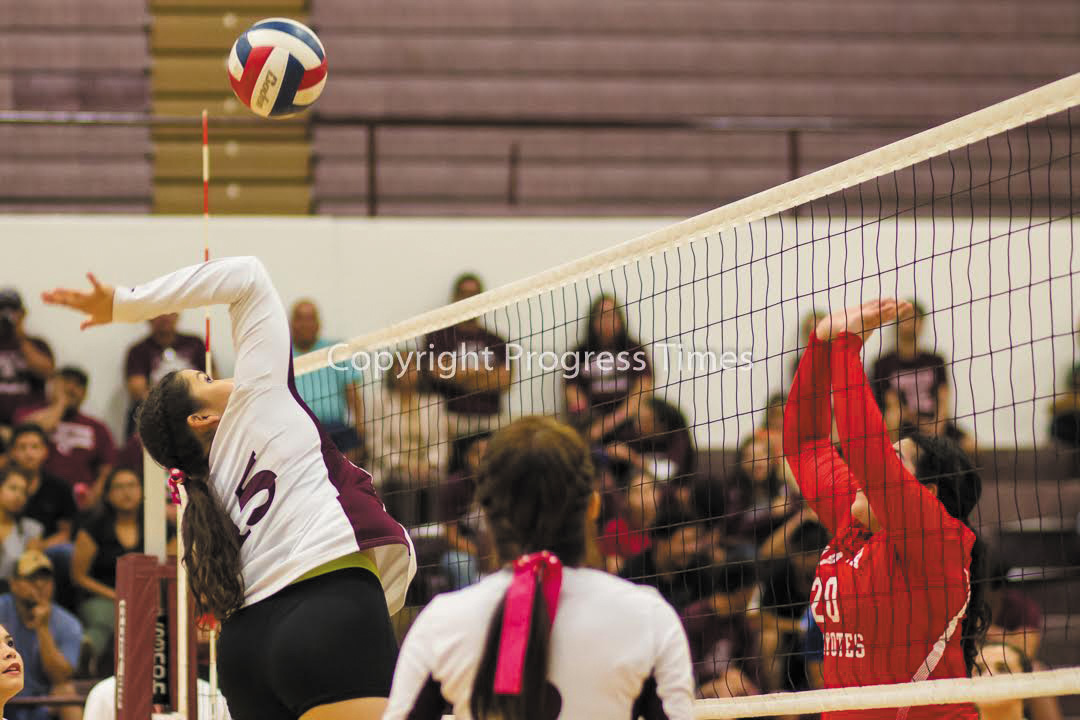 In second set, the Lady Eagles continued to put on a well-rounded performance as senior Clarisa Gonzalez and junior Anyssa Aguilar carried the squad to a 25-9 victory.

Head coach of the Lady Eagles, Edna Clemons, spoke about her team’s performance against La Joya.

“I think we played very strong. I wanted to motivate them by inviting our junior highs. They know what we want, they know what our goal is and they are fighting for it every single game,” Clemons said.

The Lady Coyotes and Sarah Salinas put up a fight in the third set with their backs against the wall. It would prove to not be enough as the Lady Eagles went on to sweep La Joya by winning the third set 25-16, sparked by an impressive defensive performance from Mission libero Jazmine Sustaita.

Vela talked about the team’s goals as they carry on through district play.

“I felt the team worked really hard together tonight. We’re improving. After the first round we got better. If we keep working together we can excel in what we want to do which is not just making playoffs but get that second or third spot,” Vela said.

The Lady Eagles now sit at fourth place in District 30-6A standings with a record of 4-3 and 19-10 overall.