The Agua Special Utilities District (Agua SUD) board appointed a new interim director just one week after the board’s previous executive director stepped down at a contentious board meeting.

Oscar Cancino, an engineer who previously worked for the Texas Department of Transportation, was unanimously selected to serve as the Agua SUD interim executive director Monday. Oct. 3. 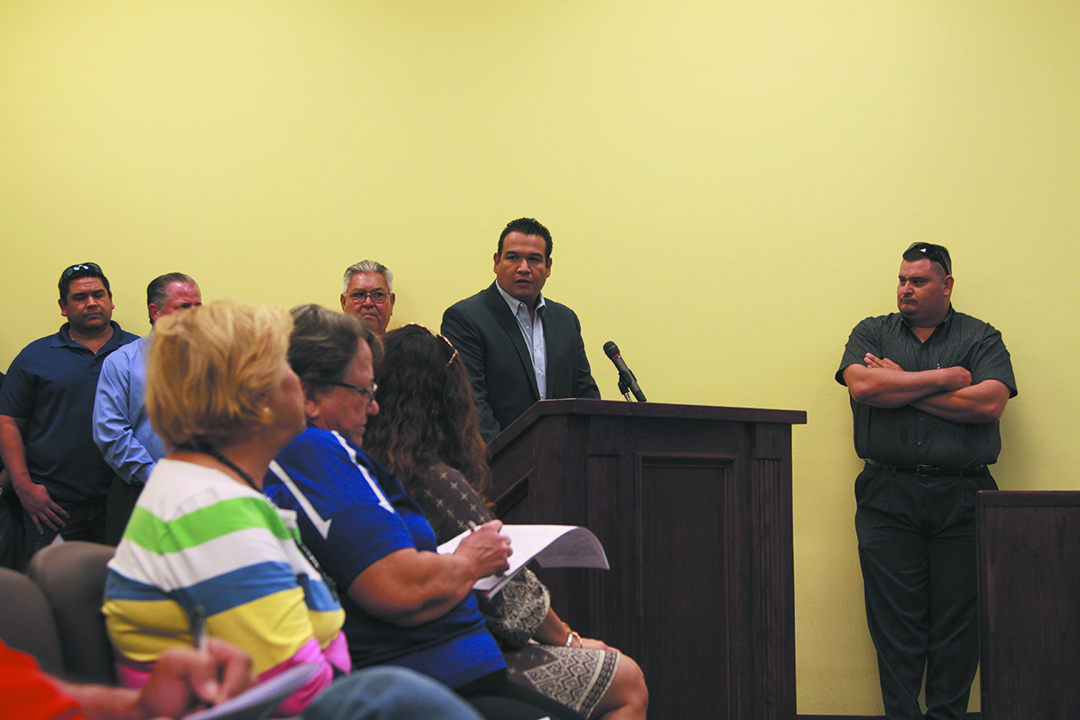 Upon his appointment Monday, Cancino was directed to work closely with the board and special counsel to develop and recommend a plan of action for implementing best practice policies and procedures for personnel and operations.

“I’d like to concentrate on getting the district back to speed with the major projects we have on hand and be fully operational with me as an interim on board,” Cancino said in a phone interview after the meeting.

At the same meeting, the board also discussed implementing a policy outlining rules of conduct for future Agua SUD board meetings. According to newly appointed Agua SUD attorney Francisco Garza, this policy was a response to the previous meeting that saw an “animated” crowd in attendance.

At the Sept. 26 meeting, members of the large crowd in attendance kept interrupting the board throughout the meeting. During that meeting, the entire board was reorganized, ousting board president Ricardo Ochoa. The board elected a new president, secretary and treasurer, and at the end of the meeting accepted Cerda’s resignation.

In a statement, Hernandez said the board felt it was necessary to implement new rules since they expect a  “high standard” of professionalism and respect from the board and attendees at the Agua SUD meetings.

The board also voted to rescind the order that the board has the power to hire and fire all district employees and shifted that responsibility solely to the executive director.