The Juarez-Lincoln Huskies are no strangers to having their backs against the wall and fighting their way out. In 2015, the Huskies lost their first three district games before getting hot, ripping off a three game win streak to qualify for the playoffs.

After two close losses to open District 30-6A play, the Huskies (2-4, 0-2) will have to recreate the magic to finish in this year’s top four. All-district safety and return specialist Elias Gutierrez talked about what his team must do in order to have another strong finish. 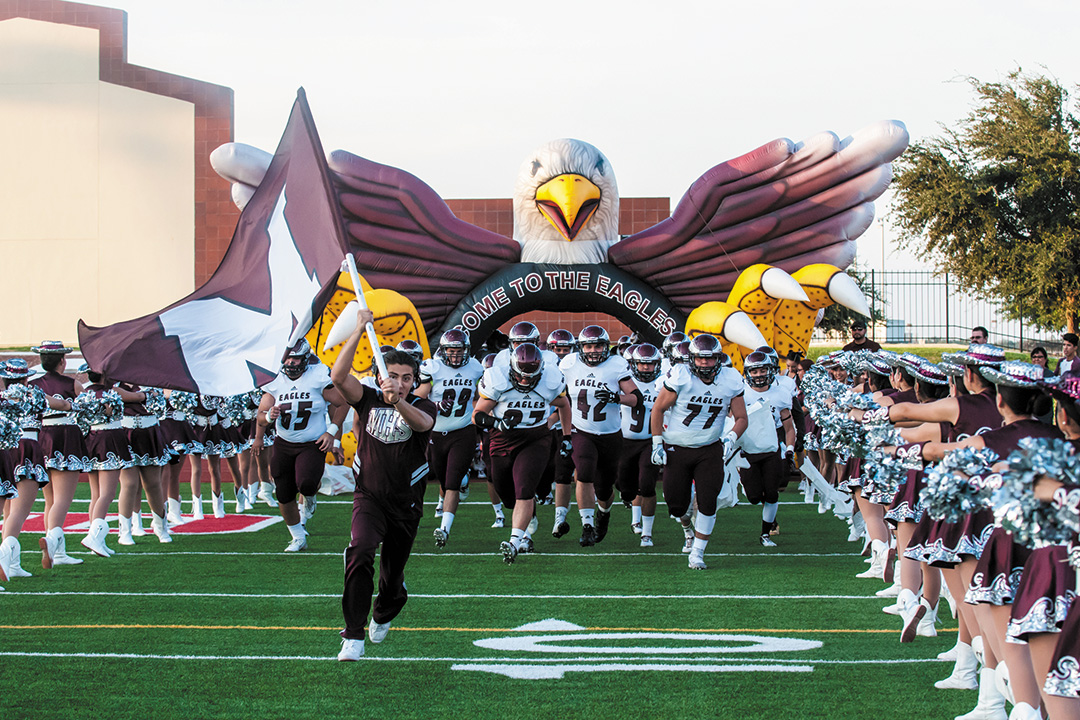 “We have to man up and step up to every challenge. We have to win out, there’s no choice,” Gutierrez said. “Every team wants to go to the playoffs; that’s our goal. We have to step it up and it starts here in practice.”

The Huskies opened district action with a 14-17 loss to the Rowe Warriors two weeks ago. Last Friday in a rivalry game between sister schools, the Huskies fell to the Palmview Lobos 7-14 to get off to an 0-2 start in 30-6A.

Tomas Garcia, head coach of the Huskies, talked about his team’s start in league play.

“I thought we played well enough to win. They’re devastating losses but I told the kids there’s still light at the end of the tunnel. It’s a matter of taking it one game at a time,” Garcia said.

In the game against Palmview, the Huskies jumped out to a 7-0 lead after senior quarterback Andrew Rodriguez ran around the Lobos defense for a 44-yard touchdown.
The Huskies lead would vanish as Palmview running back Mark Salinas carried the Lobos from behind, scoring twice on the night on a 39-yard screen and a 31-yard jet sweep for a 14-7 win over the Huskies.

Rodriguez talked about the loss and what the Huskies need to do to turn things around going forward.

“It’s very disappointing because we know we had them, but there’s no excuses. We need to get back to practice and work to get these three wins,” the dual threat quarterback said. “We need to win three games and first we need to focus on Mission.”

Next up for the Huskies is a showdown with Mission Eagles, a game in which both teams will be vying to get into the District 30-6A win column.

In last year’s meeting between the Eagles and Huskies, Juarez-Lincoln pulled out a 24-19 victory that was part of their three-game win streak during their run to the playoffs.

Garcia talked about Friday night’s meeting with the Eagles.

“Right now we have to regroup, stay together and get ready for Mission. They’re our only focus,” Garcia said. “We need to move the ball and move the chains to keep our defense off the field. We need to capitalize off turnovers, we had five against Rowe and weren’t able to capitalize.”

The Eagles (1-5, 0-2) have gotten off to a rough start in district play. First year head coach Koy Detmer and his squad has faced two of the tougher teams in 30-6A, losing 21-0 to the La Joya Coyotes and 45-6 to district favorite Memorial Mustangs.

The Eagles will bring the fight to the Huskies as they are both in search of their district win.

After tonight’s game against the Eagles, the Huskies’ remaining schedule is the McHi Bulldogs, La Joya Coyotes and Memorial Mustangs, last year’s district champion. A win is crucial to Garcia and his team’s hopes of finishing in the top four of District 30-6A to qualify for the playoffs.

The District 30-6A showdown between the Juarez-Lincoln Huskies and the Mission Eagles is set for Friday at 7:30 p.m. at La Joya Football Stadium.