With both teams needing a win to stay alive in the District 30-6A wars, Koy Detmer’s Eagles made the trip to La Joya to meet Juarez-Lincoln.  It was homecoming for the Huskies, and they brought the crowd a nice 21-7 win.

On the second play from scrimmage, Mission intercepted a Juarez-Lincoln pass, then three plays later, Mission quarterback Rudy Trevino called his own number and made it 7-0 Eagles.  Unfortunately, that was the Eagles only scoring for the night as a combination of Huskies defense and some offensive miscues kept Mission out of the end zone for the rest of the game.  After Victor Garcia intercepted a Mission pass late in the second quarter, Juarez-Lincoln quarterback Andrew Rodriguez connected on a long pass to Harley Vargas in the end zone.  The teams went into the locker room at the half, deadlocked at 7-7. 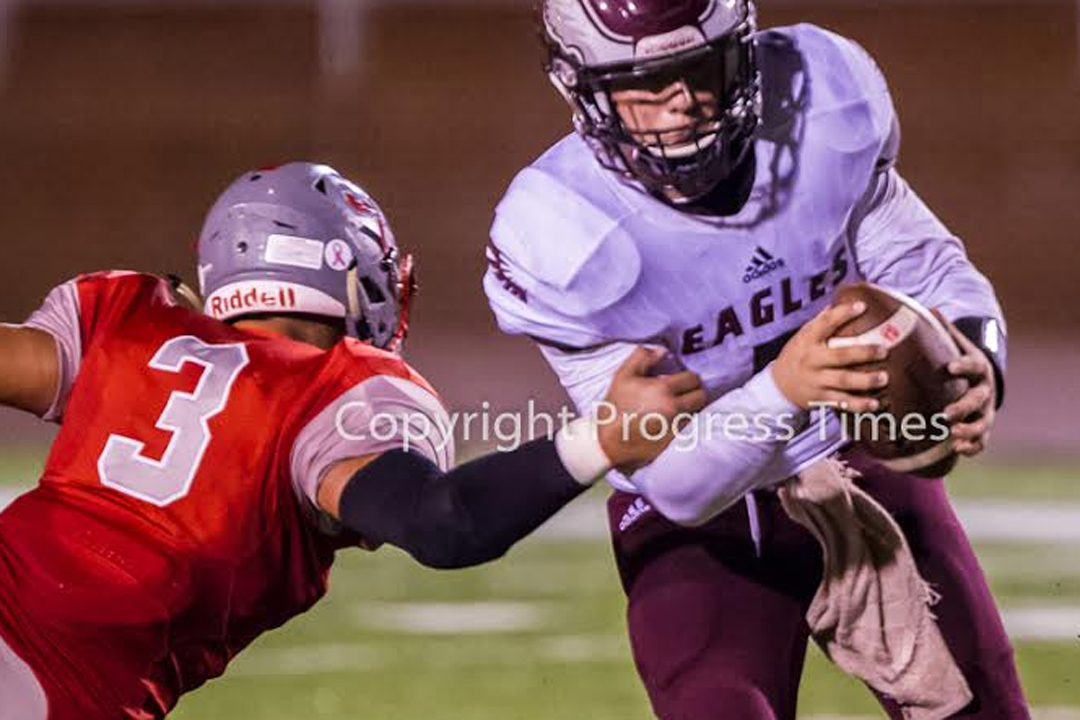 The Huskies launched their ground attack with a nifty run by Adonis Barillas from his own 38 yard line, but was caught one yard short of the goal line.  No matter, as Eddie Hernandez delivered on the next play, making it 14-7 Huskies.

It was the defense that showed up when it needed to for the Huskies.  Late in the third quarter, they stuffed anther  Mission drive, and into the fourth quarter, the Huskies passing attack put them into short yardage situation for a touchdown, with Elias Gutierrez scampering across from the 6 yard line.

The Huskies stay alive in seeking a post-season berth, while the Eagles’ chances are getting slim.