The rain cleared as kickoff rolled around as the Pioneer Diamondbacks and the Rio Grande City Rattlers met last night in a clash of District 31-5A playoff contenders.

The Diamondbacks got off to a slow start, fumbling at the Rio 6-yard line and giving up 10 points to the Rattlers as their quarterback Jason Perez moved the ball against the Pioneer defense. Perez punched in a 1-yard score to give Rio a 10-0 lead with three minutes remaining in the first half. 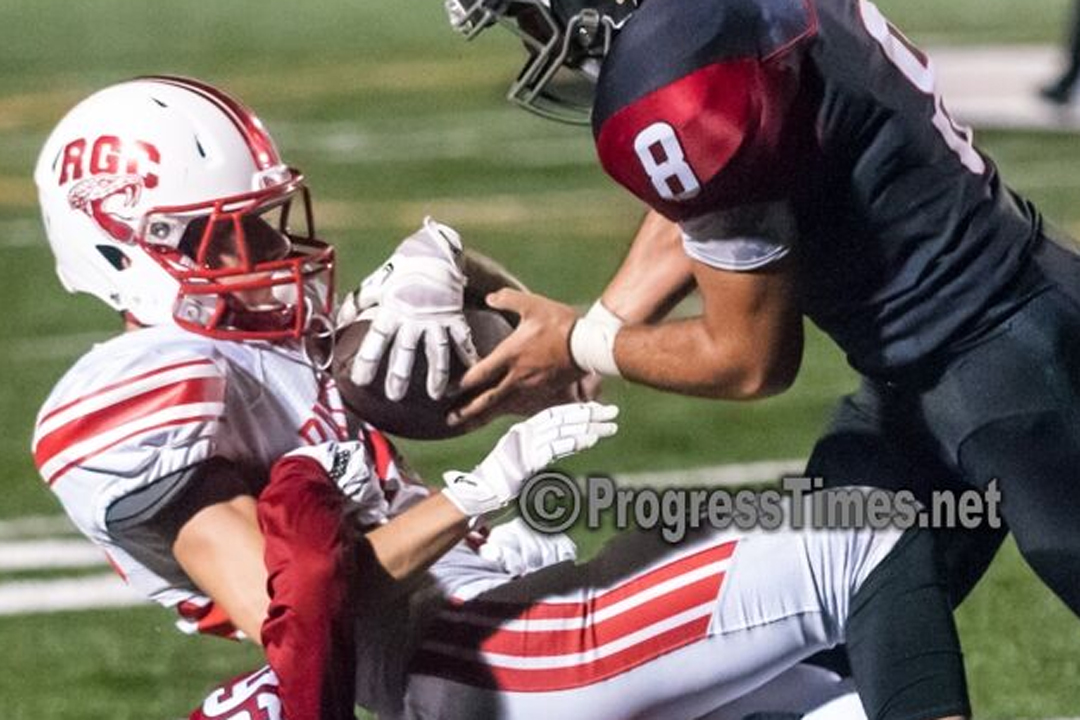 On the ensuing kickoff, the Rattlers attempted a pooch kick. Pioneer senior receiver Alec Garcia would make them pay, returning the high kick down to the Rio 1-yard line to set up a touchdown on the ground by sophomore running back Michael Benavidez to head into the locker room down 7-10. Garcia talked about the big return right before half that sparked his team.

“That was a momentum shift. After that play, we had to score, it was right there for us. We just played our game in the second half, our type of football,” Garcia said.

It was all Pioneer in the second half as they poured it on. The defense, led by linebacker senior linebacker Jesus Sanchez who recovered a fumble, and senior cornerback Anthony Jimenez, who had two interceptions on the night, adjusted their play to shut down Rio’s versatile quarterback Perez. The defense forced five turnovers in the game, picking off the opposing team three times and recovering two fumbles. Sanchez talked about the defense’s turnaround in the game.

“People usually get down. What it does is it gets us angry. It pushes us more and makes us want to get that ball,” Sanchez said.

After a 36-yard field goal from junior kicker Edgar Lozano to tie the game and the defense forcing a punt, Pioneer sophomore quarterback Jacob Rosales hooked up with junior receiver William Proctor on a 36-yard strike over the middle to put the Diamondbacks up 17-10 midway through the third quarter and they never looked back.

Jimenez’ second interception of the night and a fumble recovery at the Rio 10-yard line set the Diamondback offense up to score their final 10 points of the game. Garcia took a wide receiver screen to the house for a 69-yard touchdown to cap the 27 straight points the Diamondbacks rattled off for a 27-10 win over a preseason favorite to win the district.

The Diamondbacks improve to 4-2 overall and 3-1 in District 31-5A. Pioneer head coach Jason Wheeler talked about his team’s play in their come from behind victory over Rio.

“We knew we had our hands full. They were 5-1, they have a good football team. We didn’t play our best ball in the first half but I felt fortunate we were only down by three. I figured if we still believed in ourselves and played the type of football we needed to play, create turnovers and settle down on offense, we could come out on top,” Wheeler said. “It was a hard fought game. Every team handles adversity differently and I felt like we handled some adversity tonight and got good leadership and another step towards the playoffs.”

The Diamondbacks next take on the Sharyland Rattlers Friday night in a rivalry game between two teams vying for the top spot in District 31-5A.