The Lady Patriots celebrated Senior Night Tuesday as they continued their perfect district run by taking out the Laredo Nixon Lady Mustangs in three sets. 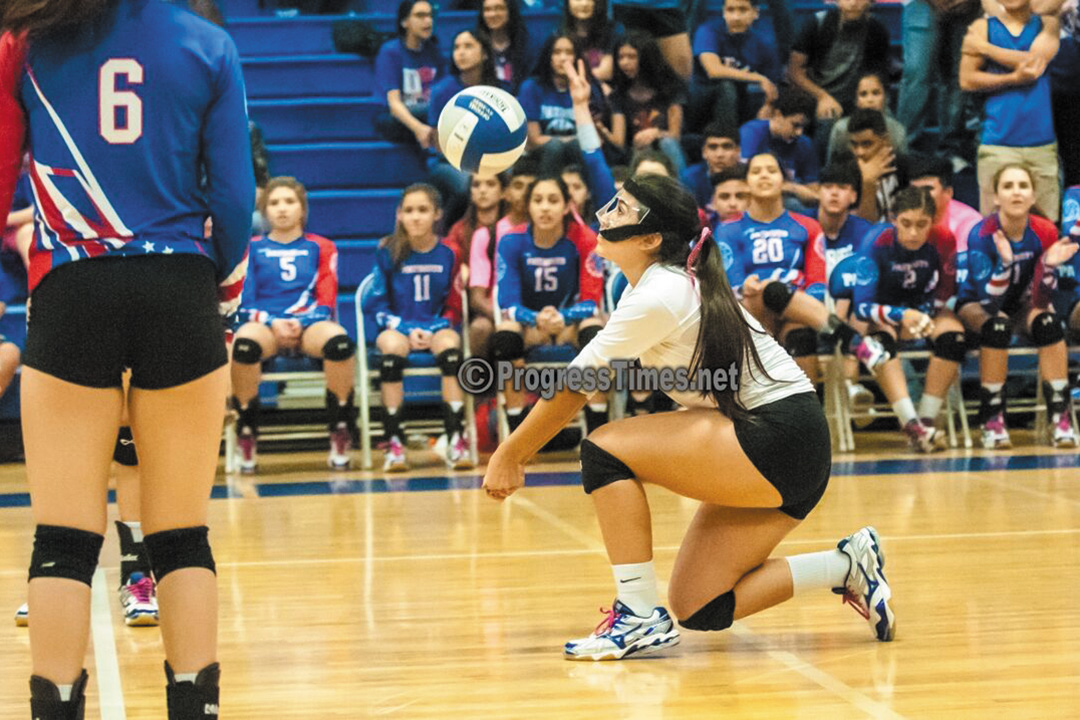 “I felt really honored to have everybody out here supporting us. They helped us get this win,” De la Garza said.

The Lady Mustangs responded in the second set, pushing the Lady Patriots in a back and forth game. De la Garza provided a big play for her team every time they needed it as the Lady Pats took the second set 25-17.

The Lady Patriots faced adversity in the third set as they opened to a 0-10 deficit. Junior Iliana Contreras and sophomore Makenzie Gerlach sparked a furious rally as the 15th ranked team in the state stormed back to win 25-20 to sweep the Lady Mustangs.

Lady Patriots head coach Martina Carrillo talked about the team’s ability to fight back in the third set.

“We showed a lot of character and determination to come back from that 0-10 deficit,” Carrillo said. “That’s a position we haven’t been in all year. Great teams go through obstacles. It was a good test for the girls to see if they could come back and the answer is yes.”

With the win, the Lady Patriots improve to 13-0 in District 31-5A action. With three games remaining in district play, De la Garza isn’t losing focus.

“Our mindset is win. We have to go undefeated, get that district championship and head into the playoffs strong,” De la Garza said.

They next take the court next Tuesday when the visit the Rio Grande City Rattlers at 6:30 p.m.