It was a good news/bad news scenario for the La Joya Coyotes Friday night at La Joya ISD Stadium. The good news is that they outscored the McAllen Memorial Mustangs 14-0 in the fourth quarter.The bad news is that the Mustangs outscored the Coyotes by a total of 45 points through the first three quarters to take the battle of previously undefeated 30-6A teams by a score of 45-14.

The mighty Mustang running attack was just too much for the Coyote defense to handle as Memorial scored on each of their possessions through the first three quarters to build their insurmountable 45-0 lead. Ironically however, the Mustangs’ first touchdown came on their first pass play of the game as Memorial took the lead to stay less than four minutes into the game. By the end of the first quarter, the Mustangs had a 14-0 lead which they increased to 31-0 by halftime. 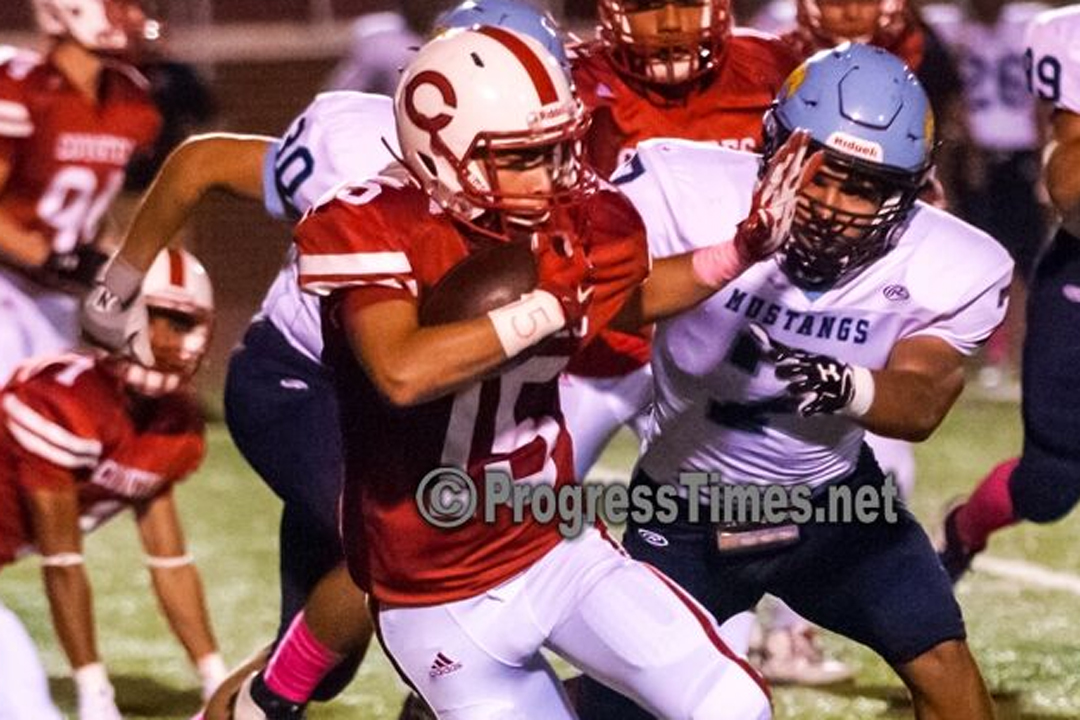 The Coyotes’ first score of the game came less than one minute into the fourth quarter as quarterback Irving Garcia ran the ball into the end zone himself. After La Joya senior defensive lineman Carlos Silva recovered a Mustangs fumble on their very next possession, La Joya junior running back Ray Alaniz closed-out the scoring when he dove into the end zone with 8:16remaining on the clock.