The stands were packed on both sides to witness this year’s Snakeskin Classic between the Sharyland Rattlers and the Pioneer Diamondbacks. The Rattlers entered the game unbeaten in district at 5-1, 4-0 while the Diamondbacks stood at 4-2, 3-1 in 31-5A action. 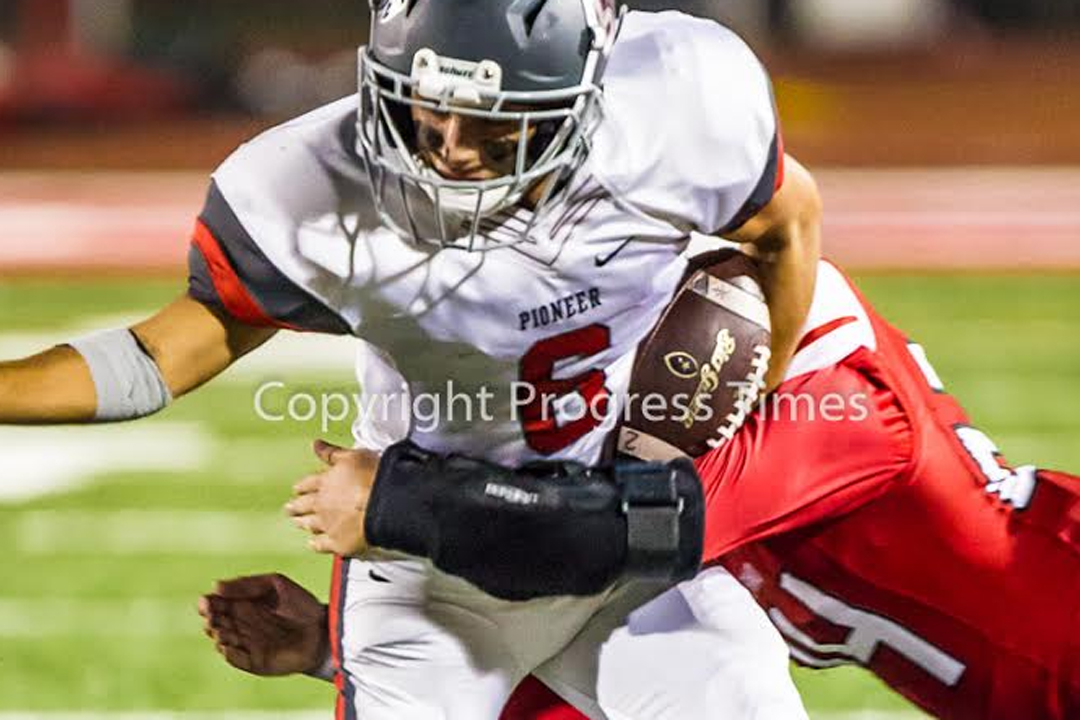 “Our kids were hungry. We got a lot of respect for Sharyland, they have a lot of tradition. I just kept telling our kids our tradition starts today,” Wheeler said.

The first quarter started as a defensive battle with both teams refusing to give any ground. That was until with eight seconds remaining in the period, Pioneer sophomore quarterback Jacob Rosales scrambled right before connecting with senior wide receiver Alec Garcia for a 27-yard touchdown pass on a third-and-11 play. The Diamondbacks missed the extra point to take a 6-0 lead.

The Rattlers responded by marching the ball deep into Pioneer territory with the bruising running style of senior fullback Jowan Payton and a deep pass over the middle to senior wide receiver Edgar Alanis. Sharyland senior wide receiver found the end zone as he took the snap in the backfield and punched in an 8-yard score to put his team up 7-6.

On the ensuing kickoff, Pioneer senior wide receiver Bobby Acosta took it to the house untouched for a 96-yard answer to put Pioneer back on top. Rosales and Acosta hooked up on the two-point conversion to take a 14-7 lead with 4:54 left to play in the second quarter.

Sharyland answered when Payton dragged four defenders down to the Pioneer 8-yard line on a 27-yard run. Klein again would find the end zone for the Rattlers, this time on a jet sweep around the left side of the defense to tie the game up at 14 apiece heading into halftime.

It was all Pioneer in the second half. On the Diamondbacks opening possession, senior running back Christian Rivera broke through arm tackles of the Sharyland defense on a 23-yard touchdown burst to put Pioneer out in front 20-14 with 8:58 to go in the third quarter.

The Rattler offense again drove the ball into Pioneer territory as senior quarterback Alan Alvarez hooked up with Klein before the drive stalled at the 14-yard line to set up a field goal attempt. The Diamondbacks special teams unit came up big again as senior defensive end Senon Moya blocked the kick to prevent Sharyland from scoring on the last play of the third quarter. 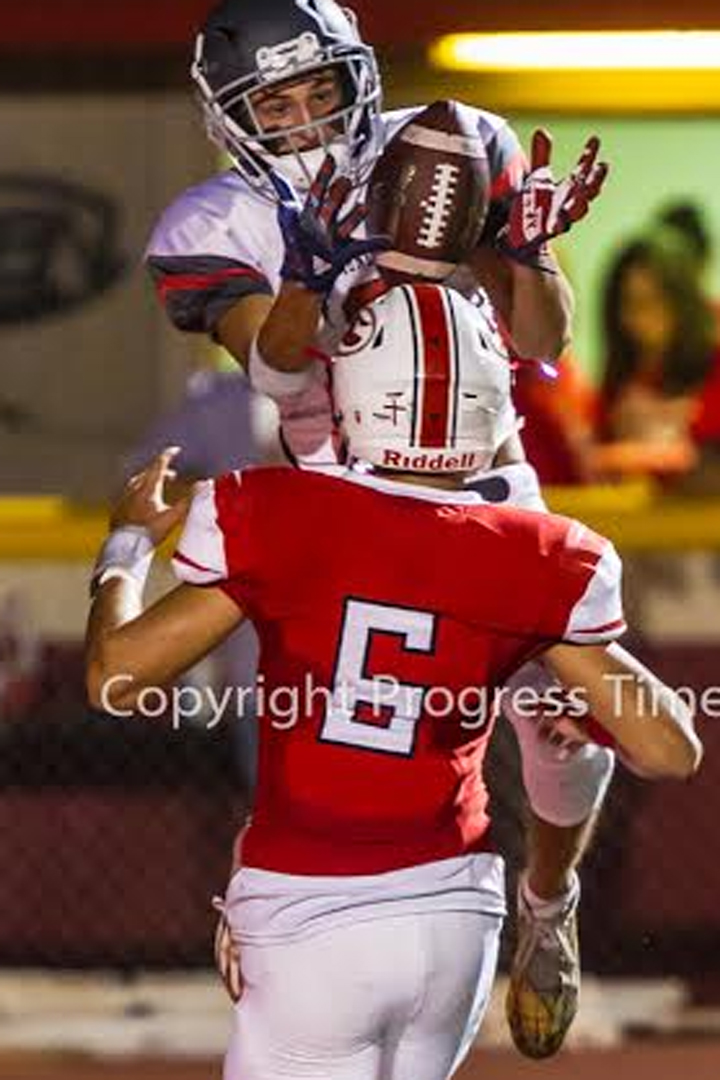 “The special teams play was a big momentum changer for us. It gave us the opportunity to go and score and put the game away,” Rosales said. “Credit goes to our linemen.”

The fourth quarter started with a bang as Pioneer’s Rivera gashed the Rattlers defense for a 43-yard touchdown on the first play of the final period to put his team up 28-14 with 11:49 left.

Sharyland would threaten to score one more time moving the ball into the redzone. With 10 minutes left to play, Alvarez was intercepted at the 6-yard line by Pioneer’s Garcia to stop the scoring opportunity to seal the 28-14 victory for the Diamondbacks and shut the Rattlers out in the second half.

Wheeler talked about his team’s victory over their inner-city rival after the game.

“I felt we were battle tested after two big wins. We’ve been shutting people out in the second half defensively and running the ball and that’s a pretty good formula for us,” Wheeler said. “We respect each other, we get along it’s what’s good about football.

The Diamondbacks improve to 5-2, 4-1 while the Rattlers suffer their district loss at 5-2, 4-1 and are now in a three-way tie with Laredo Nixon at the top of District 31-5A. The Diamondbacks next host Valley View Oct. 21 at 7:30 p.m. The Rattlers next outing is Oct. 22 when they travel to Laredo to take on the Nixon Mustangs.