Marianna Wright, CEO of the National Butterfly Center (NBC) in Mission told the Mission City Council in their Monday, Oct. 10, meeting, the Butterfly Center is drawing favorable attention to Mission as the time for the Texas Butterfly Festival draws near.

Wright said many species of butterflies, including the endangered Monarchs could be expected in South Texas during mid- to late October through mid-November, which is the peak of butterfly season. 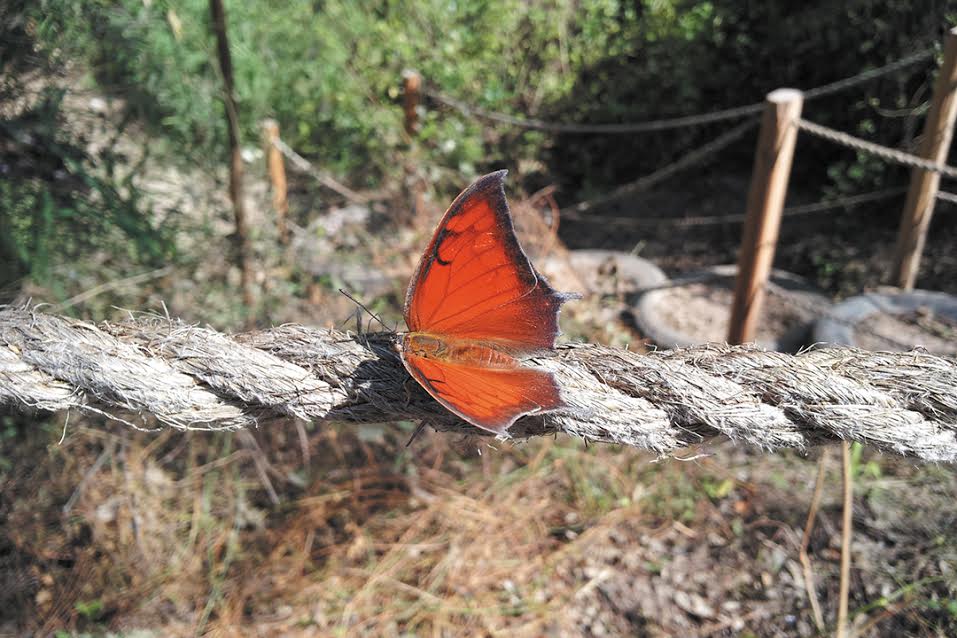 NBC received a Monarch grant of $25,000 because it is the southernmost feeding location for the Monarchs in the United States.

Several years ago there was a fire in Mexico during the height of Monarch season and many Monarchs were destroyed. Some estimates said as much as 90 percent of the Monarch population was destroyed. Since that time there has been an effort to see that milkweed, the host plant for Monarchs, is made available along their migration flight path to insure their survival. Wright said the funds received would be used for parks all over South Texas to assure plenty of milkweed as Monarchs make their yearly migrations.

Wright said the August issue of Texas Monthly magazine featured “Something in the Way They Move,” a full page editorial featuring the National Butterfly Center in Mission. The magazine reaches 1.8 million people each month and if the city had placed a full page advertisement for the Texas Butterfly Festival, it would have cost  $20,000.

Another popular publication, “Texas Journey,” the state magazine for the American Automobile Association, will feature information on the Texas Butterfly Festival. It reaches 2.5 million readers and the rates for a full page advertisement are $20,400.

WrIght said an episode of the award-winning PBS documentary series “Nature” will be filming an episode on butterflies and moths at NBC during the festival. This has the potential of reaching 100 million viewers. The attention being drawn to NBC through these three mediums is priceless and publicizes Mission’s unique NBC at no cost to the city.

This year’s Texas Butterfly Festival will be held Oct. 29 – Nov. 2 at the National Butterfly Center, located at 3333 Butterfly Park Drive, in Mission. The five-day event features field trips and educational activities for all levels, from beginners to experts. Festival participants can also enjoy private garden tour where home and business owners have planted butterfly gardens that are now awash in butterflies.

The festival’s Community Day on Saturday, Oct. 29 is free and open to the public, offering fun, family activities from 10 a.m. to 2 p.m.

The other days are filled with a number of different field trips, workshops and speakers.