It may seem as if the Valley high school football season just kicked off a few weeks ago, but this weekend’s games mark the ninth week of the 11 week regular season. While the past eight weeks have begun to separate the pretenders from the contenders, the majority of District 30-6A and 31-5A teams are still very much alive in their respective district’s playoff races.

Which teams will help their playoff chances this weekend and which will hurt them still remains to be seen, but the results of several key matchups will go a long way towards determining not only which teams are true playoff contenders but which teams will be vying for district championships as well. 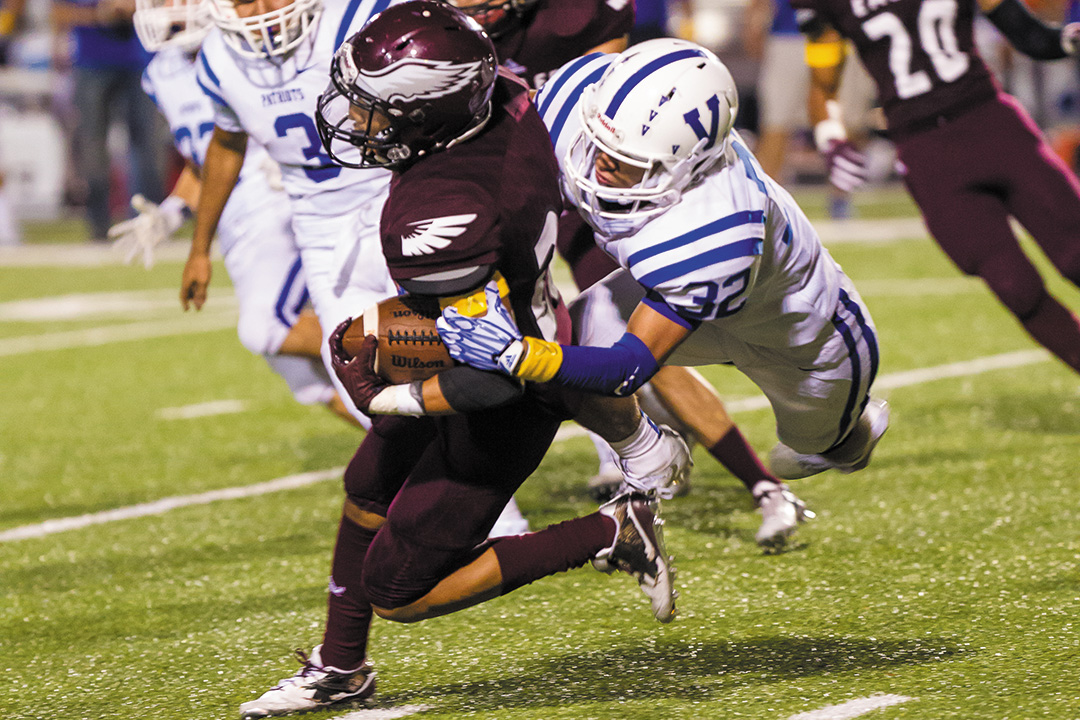 District 30-6A
As of the end of Week 8’s games, the 4-0 McAllen Memorial Mustangs held a 1 ½ game lead over their three nearest challengers; the Nikki Rowe Warriors, the Palmview Lobos and the La Joya Coyotes. With this trio of 2-1 teams being the only other teams in the district with winning records, it would be easy to dismiss the 1-2 McAllen High Bulldogs, the 1-3 Juarez-Lincoln Huskies and the 0-4 Mission Eagles as the teams that will be on the outside looking in come playoff time. However, the fact that just last year the Palmview Lobos qualified for the playoffs with a 2-4 record, should be proof enough of the fact that not even the winless Mission Eagles can be completely eliminated from playoff contention at this point in time.

With the four Big 7 District 30-6A teams going head-to-head against each other in two separate games this week, Mission at Palmview last night and La Joya at Juarez-Lincoln tonight, it’s a given that two will emerge victorious and two will suffer yet another loss. With only two weeks left in the regular season, it’s the Eagles and the Huskies that can least afford another loss while the Lobos and the Coyotes will still be in the hunt should they find themselves falling to 2-2 in district play.

District 31-5A
What a difference a week makes. Just last week it looked as if the 4-0 Sharyland Rattlers and the 4-0 Laredo Nixon Mustangs would be battling it out for sole possession of first place in 31-5A on the Mustangs’ home field tomorrow night. That however was before the Pioneer Diamondbacks surprised the Rattlers by a score of 28-14 and the Rio Grande City Rattlers pulled off the upset of the year against the Mustangs by a score of 14-13.

As a result, there is now a three-way tie for first place in the district with the Rattlers, the Mustangs and the Diamondbacks all sporting 4-1 records. That makes tomorrow night’s matchup between the Rattlers and the Mustangs even more of a must-win for both teams since the loser will be all but eliminated from district championship contention with two games remaining on the schedule.

The other big game this weekend is the 4-2 Rio Grande City Rattlers at the 3-2 Veterans Memorial Patriots. Having lost their last two games, the Patriots could find themselves in a playoff hole so deep they may not be able to climb out of should they fall to 3-3 tonight. However, a win against the Rattlers will not only allow them to leap-frog Rio Grande into a third place tie with the loser of the Sharyland/Nixon game but it will also give the Patriots a tie-breaking advantage over Rio Grande should the two teams end the regular season with identical records.