After Valley View ran its second play from scrimmage into the end zone, and the 1st quarter ended tied at 14, it seemed that both the Pioneer and Valley View defenses decided to stay home for the evening.  The only punt in the opening quarter was by the Tigers, and that was with seconds left on the clock.  But, in the second quarter, the Diamondback defense took charge.  Alec Garcia’s interception brought the ball to the 2 yard line, with quarterback Jacob Rosales calling his own number for the score.  Line backer Angel Chapa stole another Valley View pass, leading to a nice drive and a short touchdown pass to William Proctor late in the second half.  The teams went to the locker room with Pioneer ahead 35-14 after keeping Valley View scoreless in the second quarter.  During the first half, the Diamondbacks didn’t punt once. 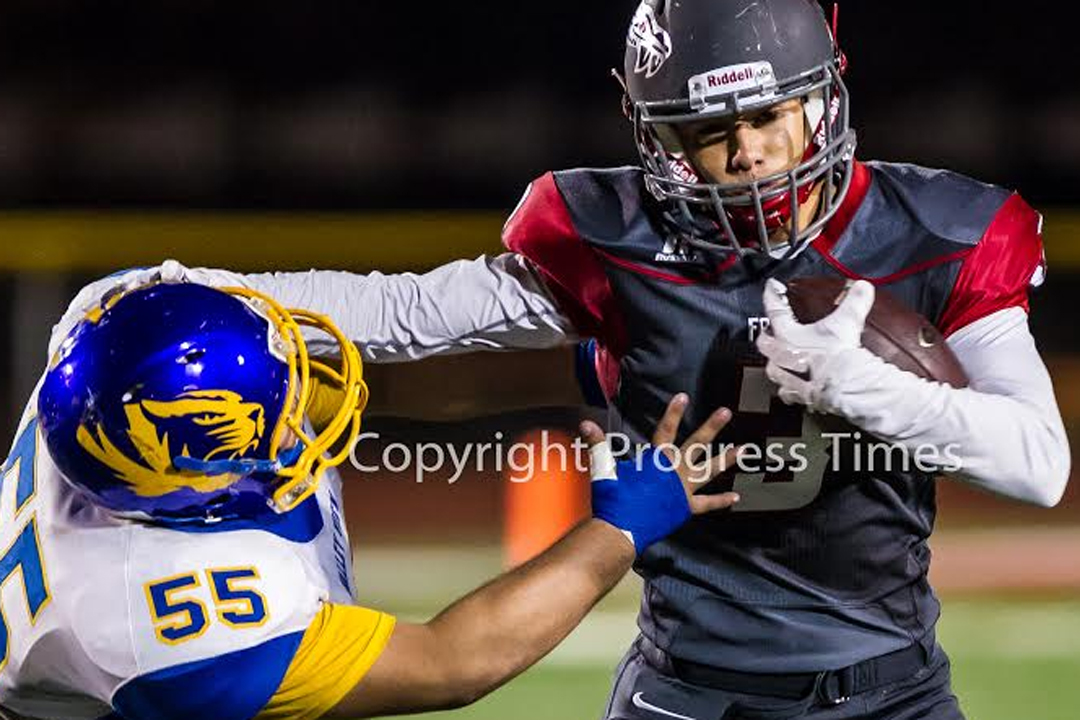 The second half started poorly with Pioneer turning over the ball on a fumble during the kickoff return, and Valley View using a fake field goal to get the ball to the Pioneer 8 yard line.  Two penalties kept the Tigers out of the end zone, and Pioneer’s Tyler Bulthuis batted away a touchdown pass, leaving the Tigers to kick a field goal., making the score 35-17 midway through the 3d quarter.  Once again, the Pioneer offense clicked on a nice reception by Bobby Acosta, putting the score out of reach at 42-17.

The Tigers refused to die, however.  Though Valley View tried to convert on a 4th and 1 situation, Pioneer fumbled the ball away at the beginning of the 4th quarter.  Closing off all the Valley View receivers, the defensive line was able to bring down Valley View quarterback Adam Solis at his own 1 yard line.  Solis’ desperation pass on the next play was picked off by Richard Mata who brought it to the 8 yard line.  Double penalties forced the Diamondbacks to work a little harder, but Jay Viera  crossed the goal line for the score.  By this time, Head Coach Jason Wheeler was giving the reserves some playing time, finishing out with another score by Viera and an interception by Enrique Hurtado.

The 56-24 final score keeps the Diamondbacks in the hunt for the District 31-5A crown, with all eyes on the Sharyland – Laredo Nixon score on Saturday.