The Mission Veterans Memorial Lady Patriots were crowned District 31-5A Champions as they closed out their perfect 16-0 district run by sweeping the Valley View Lady Tigers last night. 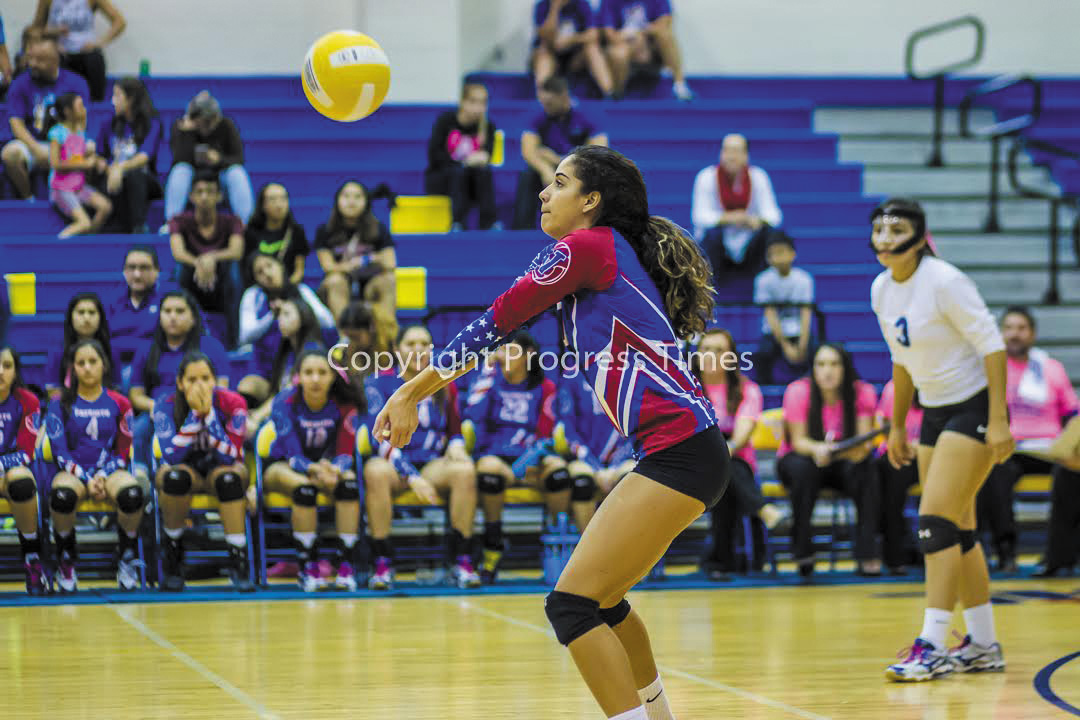 The Lady Patriots displayed their dominance in the second and third sets, winning 25-8 and 25-15. Senior captains Andrea De la Garza and Alex Jimenez led the Lady Patriots to their 16th straight victory.

“The win tonight and the district title, it’s great,” De la Garza said. “We’ve had a good streak through district and we’re going to keep it going.”

Lady Patriots’ head coach Martina Carrillo’s squad improves to 16-0 in District 31-5A play and 29-11 on the season.

“We did our job in three games, that was our focus tonight,” Carrillo said. “Everybody contributed to our last win of the season and now we’re 16-0 in district which has been our goal since the beginning of the season.”

The Lady Patriots will be in action next Tuesday as the first round of the state playoffs begins. Their opponent is to be determined.