With a theme of “The Roarin’ 20s” the chamber staff and some from the community dressed in costumes of that era the Mission Chamber of Commerce Banquet was a lively affair.

The band, Starlight Quartet, played jazz songs, such  “String of Pearls” from the era when the music of Glen Miller, Jimmy Dorsey and Benny Goodwin was music for dancing. Dancers from Nadia’s Dance School performed the Charleston and did a bit of Jitterbugging to add to the theme of the banquet, giving it a new liveliness. 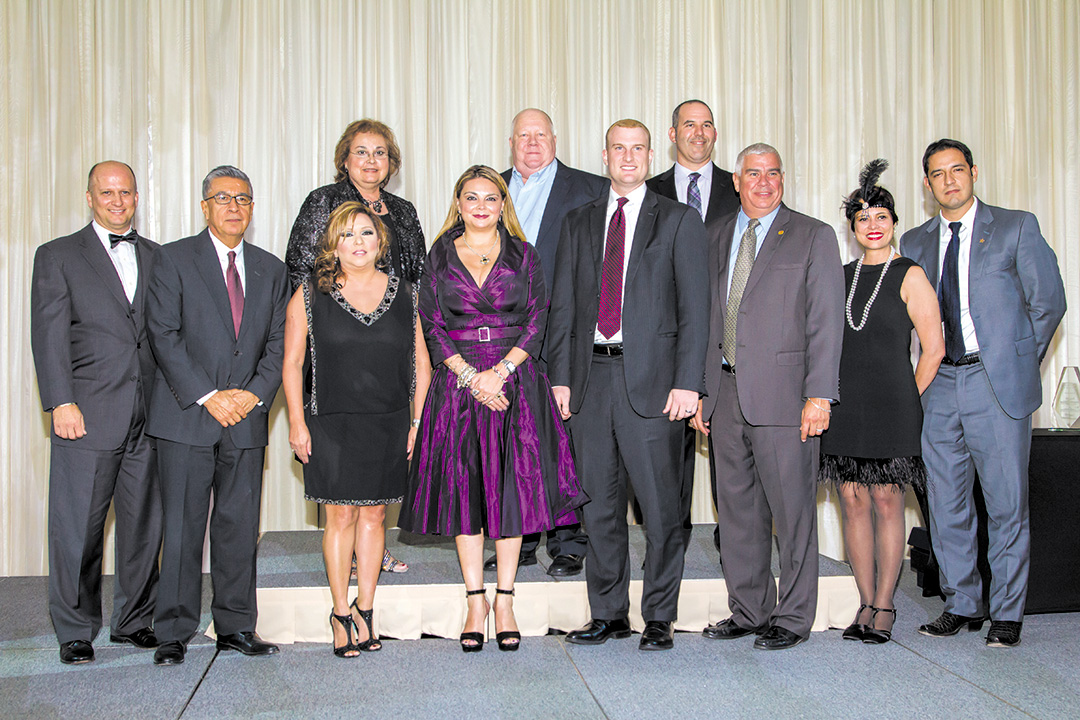 Guests were welcomed by Mission Mayor Norberto Salinas, who said it always great to recognize the city’s leading citizens and pay tribute to those to who so much for the city.  He praised Josh Stockel, who is new to the chamber but who has jumped in as the organization’s new president and CEO, bringing new ideas to continue the success of the chamber in promoting local businesses.

Guests were welcomed again by Stockel, who told the audience it is the chamber’s job to promote educational and business opportunities and to promote tourism and Mission’s special nature treasures, including the National Butterfly Center and the World Birding Center headquarters that draw people into the city.

Navin Buxani, immediate past chairman of the board for the chamber, talked about the tremendous growth the city has seen during the two years he has served as chairman.  He credited the Go Mission program, developed previously by the chamber, with aiding in the success of retail merchants.

Dan Martin, incoming chairman of the board, said he sees some changes coming under Stockel’s leadership.  Mission has grown tremendously in the past couple of years and Martin foresees more successful growth in the future.

Stockel then returned to the stage to award Business of the Year, which went to Jitterz Coffee Shop. This year’s chamber award for Partner of the Year was presented to Royal Technologies, which has invested millions of dollars in the Mission industrial park building a facility and creating hundreds of jobs locally.

Martin introduced the 2016-1017 Board of Directors including Martin as chairman of the board, Trung Nguyen, chair-elect; Diana Alcocer, secretary; Veronica Ghavidel, treasurer; Cathy Garcia, vice-chair for Business Development; and Nick Espinosa, vice-chair for Membership Development.