Readers may download and/or print an electronic version in English or Spanish. 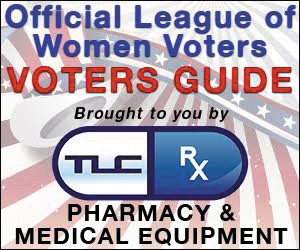 The LWV-TX 2016 General Election Voters Guide lists candidates in 21 contested national and state-level races who are on the Nov. 8, 2016 General Election ballot and provides their answers to questions on issues that affect you ranging from the economy and the environment to social issues, such as immigration reform. The races include President of the United States, Railroad Commissioner, Texas Supreme Court Justices, Court of Criminal Appeals Justices, Court of Appeals Justices and the State Board of Education.

Additional information can be accessed online at www.VOTE411.org including candidate videos and races not in the printed version of the Voters Guide, as well as local races in areas covered by local Leagues. VOTE411 allows users to enter an address and review all races specific to that address. You can make selections and print a copy of your sample ballot.

The LWV-TX 2016 General Election Voters Guide is funded and published by the League of Women Voters of Texas Education Fund. Elaine Wiant, President of LWV-TX said, “For 96 years, helping voters cast an informed vote when they go to the polls has been the primary goal of LWV-TX.” Neither the League of Women Voters of Texas nor the Education Fund supports or opposes any political party or candidate.

Early voting began this week on Oct. 24 and ends Nov. 4.Hidalgo County residents may vote at any Early Voting Location during the early voting period. However, on election day, voters must vote at their assigned precinct polling location.

The League of Women Voters of Texas has been “educating and agitating” since 1919. The League is nonpartisan- it does not support or oppose any candidates or parties. Instead, the League encourages active and informed civic participation in government and increased understanding of major public policy issues. The League of Women Voters’ non-partisan Voters Guide is highly respected and sought after by voters in local and statewide elections in Texas.